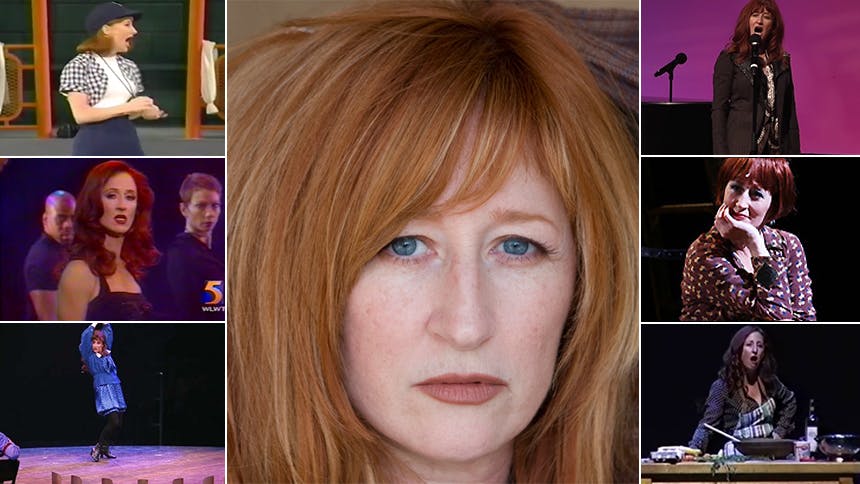 Vicki Lewis returns to Broadway after a 15-year absence on Tuesday, March 27 as Countess Lily Malevsky-Malevitch (a fun-loving Russian aristocrat living in Paris with the Dowager Empress) in the hit musical Anastasia

. Lewis replaces Caroline O’Connor, and it’s perfect because, like her predecessor, this lady knows how to stop a show. If you are unfamiliar with her incredible voice, better buckle up ‘cause we’re doing a deep dive.


Will you ever hear a Gloria Thorpe sing this song better? If you can’t do the whole dance break, just fast forward to 1:36 and steady yourself because the vibrato will blow you back.

“All That Jazz”, Chicago


The last time Vicki (who starred on TV’s Newsradio for six years and whose TV IMDB is its own entity) was on Broadway was a Velma Kelly in 2001. Just listen to her finish this number (starting at 1:57). Queen.


Here she brings that sitcom timing as Trina and it’s absolutely everything.


Why don’t more people perform “Sing Happy” in concert? When you nail this song, you NAIL it. PS: Vicki nails it. I gave applause at my desk.


Listen to her slay these iconic songs like it’s NBD. Legit just belting for the gods and making it look effortless. Funny Girl is the first minute and Anything Goes begins around 1:10, which you need to hear for the “Blow Gabriel Blow”.

"Hit Me with a Hot Note"


I’ve never heard anyone but Chenoweth truly sell this song until Vicki Lewis. What a huge voice.

“Could I Leave You”, Follies


It wouldn’t be a proper spiral without a Sondheim number. #BetYourAss


Ending with her Rose because it doesn’t get more epic than someone’s Gypsy.

Anastasia
Best Priced Tickets
Newer
Celebrate Women's Day with the Ladies of Escape To Margaritaville As They Talk About the Sisterhood of Broadway
Older
Introduce Yourself(ie): 10 Questions with Folk Wandering Star Morgan Siobhan Green
Sign up for BroadwayBox Discount Alerts