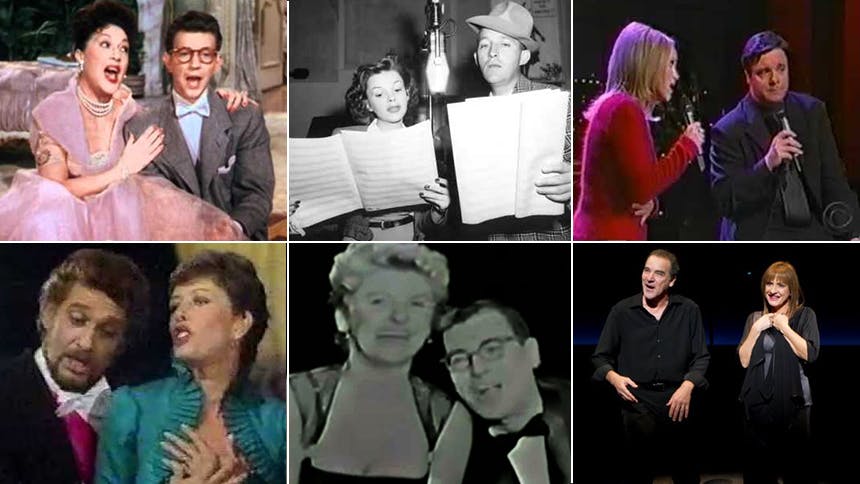 New York City Center’s kicks off its 75th season with an Encores! revival of Irving Berlin’s musical Call Me Madam, which premiered on Broadway in 1950 and starred Ethel Merman in her Tony-winning role as Mrs. Sally Adams. The most famous song from the show’s Tony-winning score is the big Act II number “You’re Just In Love”. Scroll on to watch 7.5 (since Judy's is only audio) legends put their spin on the catchy AF duet.