8 Off-Broadway Shows You Have to Run & See Right Now 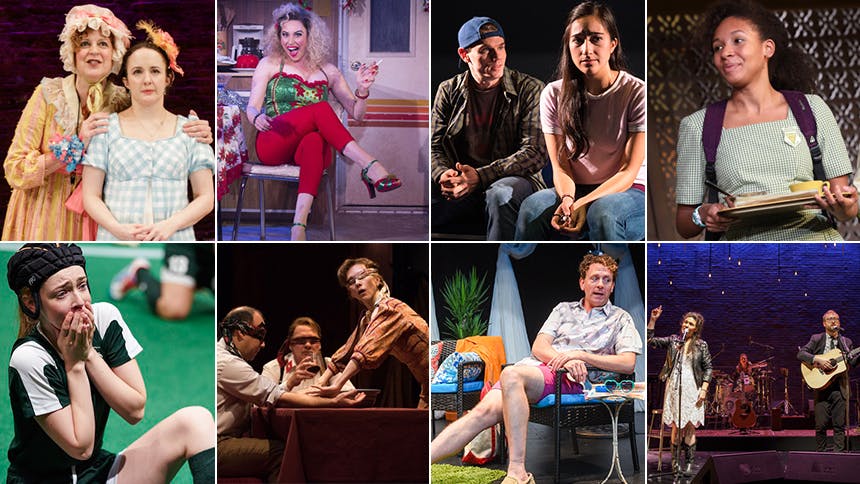 Your schedule is crazy rn with holidays and shopping and parties, but there are some incredible things happening off-Broadway right now that you’re going to miss if you don’t make time soon. Here are eight limited shows you have to see before they’re gone.


Kate Hamill is a genius and a treasure. After her incredible adaptation of Sense and Sensibility, Kate takes on Jane Austen’s classic story about love in a way that is so creative and so funny and so fresh. Every cast member is giving a performance to steal the show, and the volley of talent is just delightful to witness. You would do yourself a disservice to miss this truly funny and romantic Pride and Prejudice.

It’s crazy but The Mad Ones might just be the best sung show in NYC right now. I have not heard singing like this since the closing night of The Color Purple. If you love big singing that you can feel in your bones, run to see this musical. Starring Krystina Alabado, Emma Hunton, Jay Armstrong Johnson , & Leah Hocking, the plot focuses on Samantha Brown, a high school senior who always does the right thing but who can’t stop dreaming of running away from her pre-planned life.


Three hours never flew as fast as it does downtown in Rajiv Joseph’s new drama about Russian political propaganda and conspiracy theories. The plot unfolds during the 1920s/30s, the late 1980s, and 2010, and little by little the audience sees each piece of the puzzle and then the strand that ties them all together. Wonderful performances and smart writing make it a hardy night at the theatre.

Who’s Holiday at the West Side Theatre


Move over Mrs. Lovett because times is hard for Cindy Lou Who, too. The hilarious, clever one-woman vehicle for Olivier Award winner Lesli Margherita (which imagines the Dr. Seuss character as a grown-up, drunk, pill-popping ex-con) is a pure holiday delight that I would treasure in December, March, or mid-August in Park—basically whenever, wherever. It’s the perfect match of star to material, and it would leave any Grinch LOLing in the aisles.


It’s all about the performances in this world premiere play getting critical praise and amazing buzz. Set at Ghana's most exclusive boarding school and against a beauty competition, the play explores themes of beauty, racism, and bullying in a way that makes you feel you’ve seen something new and original. It's been extended yet again through Dec 31, but school is almost out on this one.


Authenticity is the name of the game in the new hit downtown musical. As audiences watch the real-life love story of The Bengsons unfold in a beautifully-staged, loose concert format, you can’t help but think, “This is storytelling done right!” And the music! The musical stands proudly side by side with other NYTW premieres like Rent, Once, Lazarus, Bright Lights, Big City and Hadestown.

The Wolves at Lincoln Center Theater

Is it the writing? Is it the all-female cast of rising stars? What makes Sarah DeLappe’s The Wolves so damn good?! It’s hard to dissect it exactly, but you don’t need to. Just go to the Mitzi Newhouse and buckle up for an evening that will blow you away as the layers unfold.


Another laugh-till-you-cry solo show off-Broadway is Drew Droege’s Palm Springs-set diatribe against the pervasive heteronormativity and self-hate within gay culture. It’s way more fun and funny than that sentence sounds but it’s also deep and important. Find you a show that could do both.

The Mad Ones
Best Priced Tickets