Attention Fiddler Fans! Two Off-Broadway Fiddler on the Roof Shows You Should Know About RN 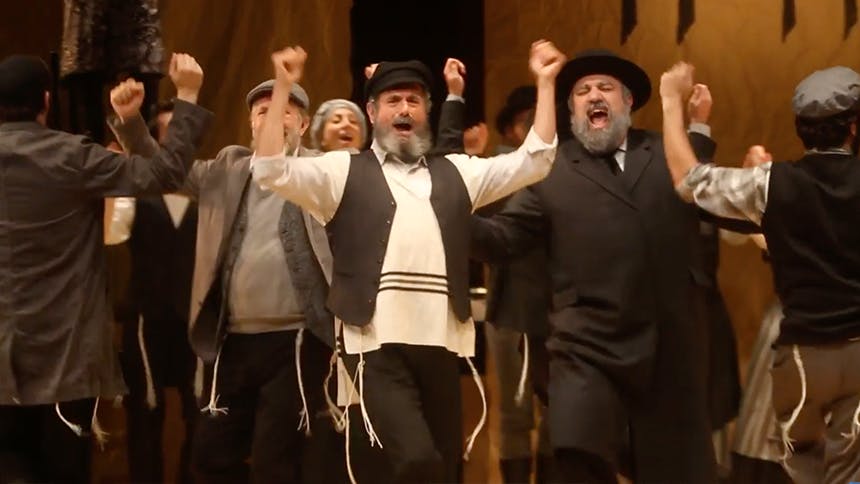 The Tony-Award-winning masterpiece Fiddler on the Roof is having a real moment in New York City this summer thanks to two very different productions getting a lot of buzz from fans of the iconic musical.

First up, the National Yiddish Theatre presents the US-premiere of Fiddler on the Roof in Yiddish. Shraga Friedman did the translation, Oscar and Tony winner Joel Grey directs, and Emmy nominee Jackie Hoffman FINALLY stars in a New York production as Yente the matchmaker.

This is the first time Yiddish Fiddler has been produced since its premiere in Israel more than 50 years ago! Not to worry, there are English & Russian subtitles throughout so the goys won’t be lost. Here's a video preview of the production:


Fiddler on the Roof runs at the Edmond J. Safra Theatre at the Museum of Jewish Heritage through August 26. Tune into our BroadwayBox Instagram on July 15 as Rachel Zatcoff (who stars as Tzeitel) brings us along for her opening night.


Then after your Fiddler refresher, you can enjoy a sequel of sorts: Tevye Served Raw

. The play shares Sholem Aleichem’s stories of what happened to his Tevye the Dairyman characters after the musical ended. The New York premiere of this funny and moving piece brings to the stage stories from “the Jewish Mark Twain” that fans of his most popular work probably have never experienced before (and yes, some in Yiddish!). Tevye Served Raw runs off-Broadway at the Playroom Theatre through August 14.