12 Incredible Debuts from the 2016 Broadway Season 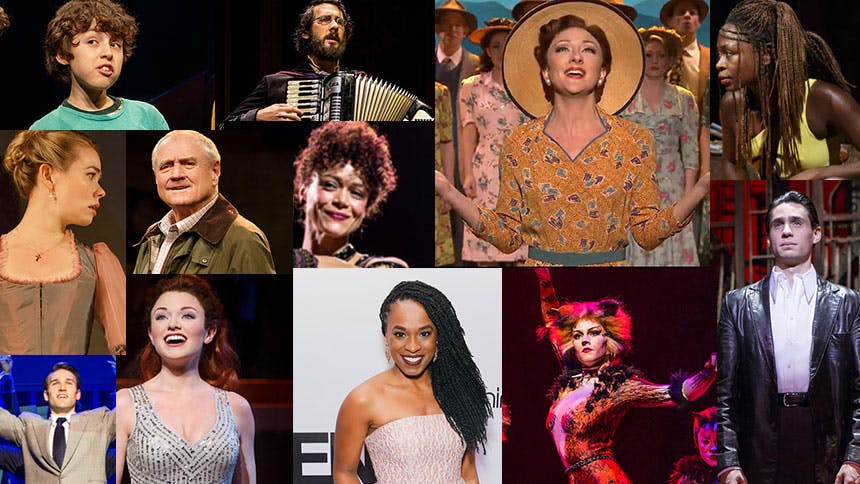 As the year comes to a close, let's look back (alphabetically) on a dozen performers who made spectacular Broadway debuts in 2016.


I hope someday theatre fans talk of being in the theatre for Carmen Cusack's Alice Murphy like Barbra's Fanny Brice, Merman's Rose, or Lansbury's Lovett. It was lightning in a bottle and everyone who was there knows it.


I absolutely live for Amber Gray as the loose, manipulative socialite Helene. She commands the stage like a true star, she sings her face off, and she reminds audiences that sometimes it's more fun to root for the villain.

Broadway audiences finally see what the Grobanites have known for years, this man has a singular talent. He's not only the big headliner of The Great Comet, he's also the heart.

The ensemble of Eclipsed was performing on another level. Each wife mercilessly stealing the show as her own until another character stole it back. As the broken, angry, and murderous Wife #2, Zainab Jah seemed to always be making the most interesting choice possible in the moment, and it was something to see.


Where did Ruby Lewis come from, and can she promise she'll never leave again?! This is a Broadway leading lady. She was magnetic from the jump, then I did a full double take as she started hitting those crazy high soprano notes like she was Christine in Phantom. There's no end to what she can offer. If you love Emma Stone in La La Land, go see Ruby Lewis in Paramour.


After varied but always memorable performances off-Broadway in Heathers, Hamlet, and The Invisible Thread, this formidable young talent makes a smashing debut as Alana, the (lonely) overachiever we all knew in high school, in the big hit of the fall. I only wish I could be such close acquaintances with this star on the rise. I can't wait to see what's in store from her.


With his movie star good looks and penchant for LoL comedy, Drew Moerlein was one of the most memorable parts of the short-lived cult musical as Patrick Bateman's ultimate frenemy, Paul Owen.

As Jason, Anthony Rosenthal is playing with major league Broadway all-stars and, not only is he holding his own, he's knocking it out of the park. Legit a grand slam debut. (Those are all my sports references.)


I was beyond taken by this performance. She painted her layered Madame de Tourvel with every crayon in the box. I eagerly await her next theatrical outing.

There might be a million cats on stage, but chances are you are looking at the radiant Christine Cornish Smith and her sexy, captivating, confident Bombalurina during any given moment. I need video of "Macavity" like yesterday.

As the central figure of A Bronx Tale, Bobby Conte Thornton's Calogero is someone you can't help but root for, even when you want to slap him upside the head. The performance is so grounded and likable, that you want to take this journey with Bobby by your side. Also, his pronunciation of Chez Bippy is almost always on my mind somewhere.