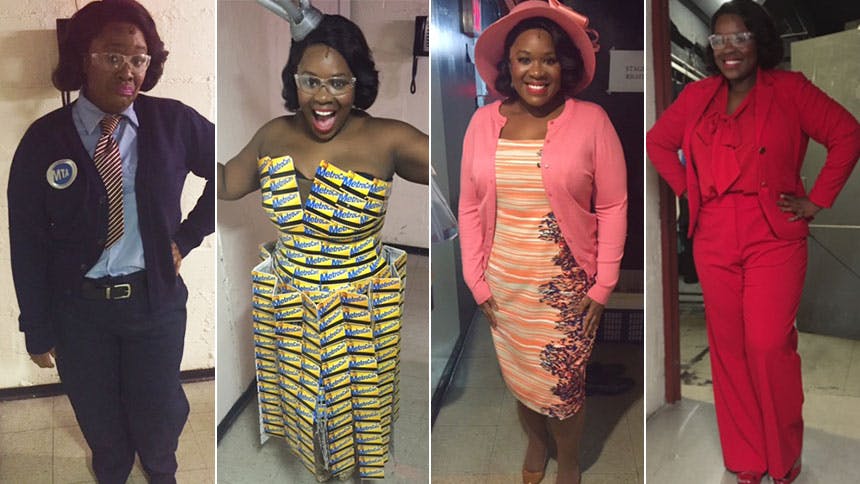 The new Broadway musical In Transit tells the story of Manhattanites whose lives are all interconnected, and there is no way you are leaving the Circle in the Square Theatre without talking about Moya Angela belting her face off in a MetroCard dress with a turnstile fascinator. It’s an epic moment of the Broadway 2016 fall season. In addition to stopping the a cappella musical cold, the former Dreamgirls and Ghost star and America's Got Talent contestant also plays a variety of other characters in the musical, including the oh-so-memorable subway attendant, Althea.

BroadwayBox recruited Moya to take us backstage at In Transit to meet each of her fabulous characters and get the story behind all her killer Clint Ramos costumes. 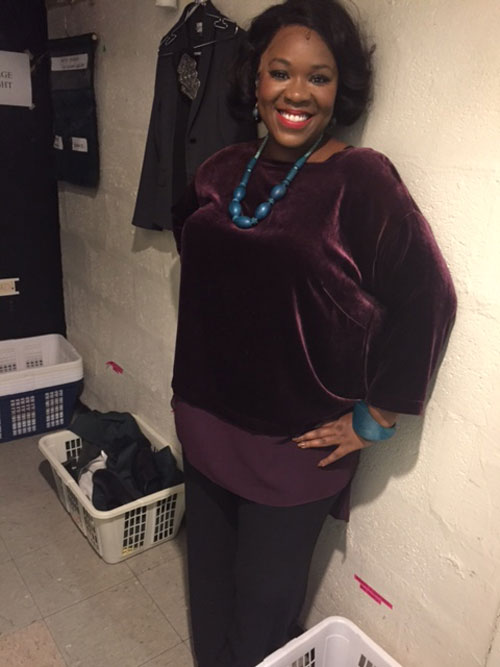 This is my opening number costume. It is also Ms. Williams’ Urban Chic outfit. I feel grown-up and in charge in this costume! 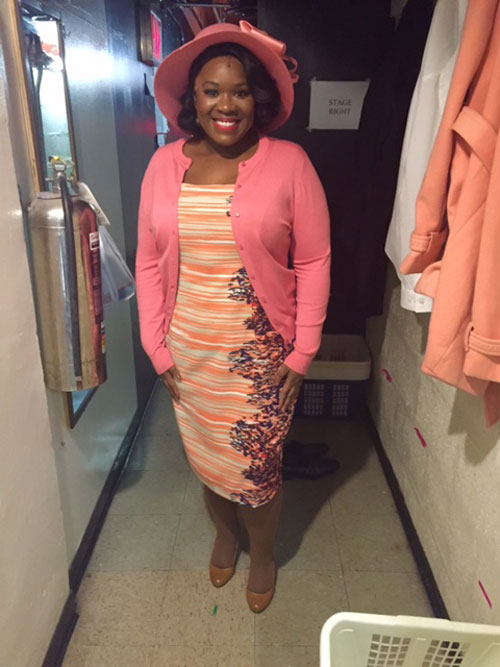 I get to channel my inner southern belle with this look for my character “Momma.” Pastels are a must. 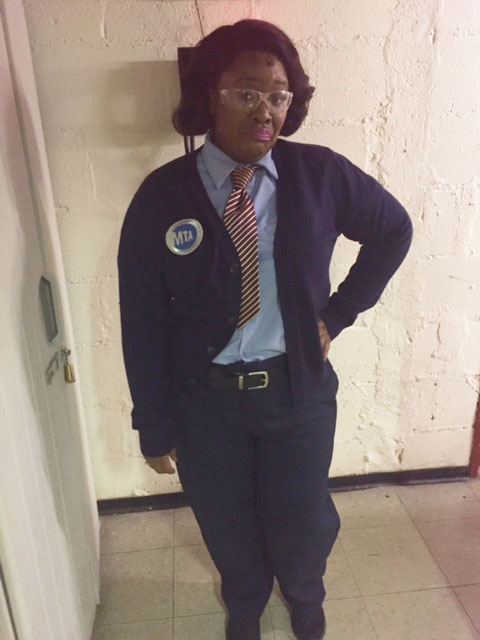 “NEXT.” this is my most comfortable outfit in the show. I look like I came straight out of the subway station. “Althea don't have time for that!” lol 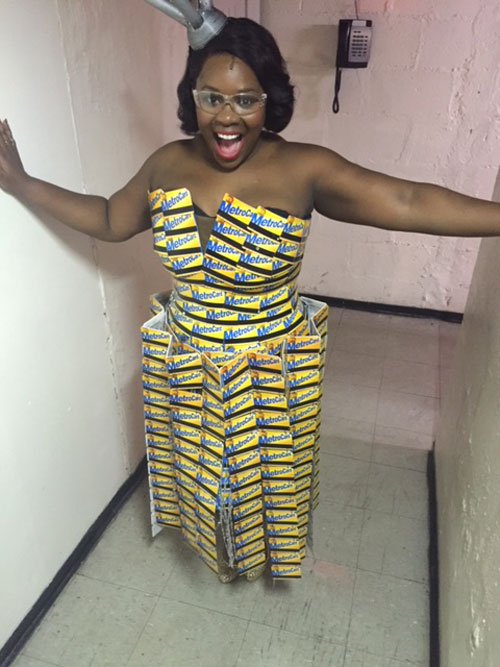 Subway Couture, customized to my body!!! My one of a kind Metro Card dress. I treat it as if it’s my own baby. 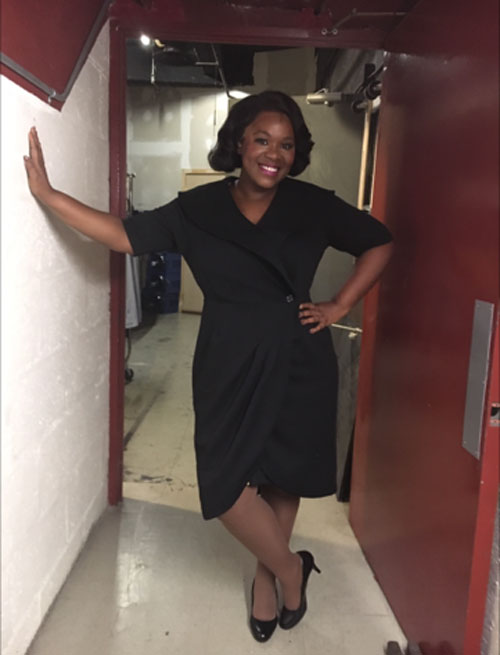 “But ya’ know” this is my after work-drinks with friends-out till 3am dress. Classy little number. 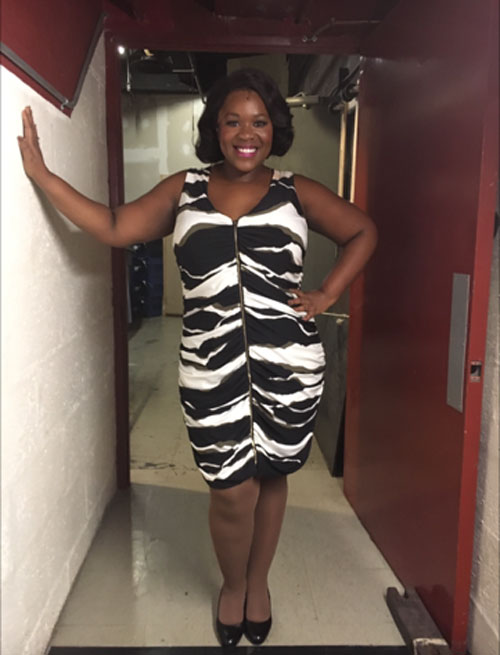 It's my “Saturday Night” we're going out dress. Feel super cute in this outfit. 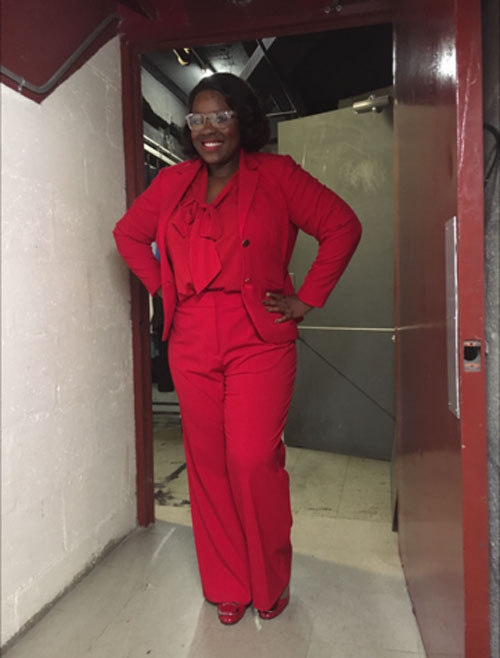 “Althea for Mayor.” My power look. Red from head to toe. I love the different layers of Althea in the show. From realistic “every day” woman to high-fashion couture to a power suit. My favorite character by far.

Don't miss Moya Angela as Momma, Althea, or the subway diva in 'In Transit', running at Broadway's Circle in the Square Theatre.