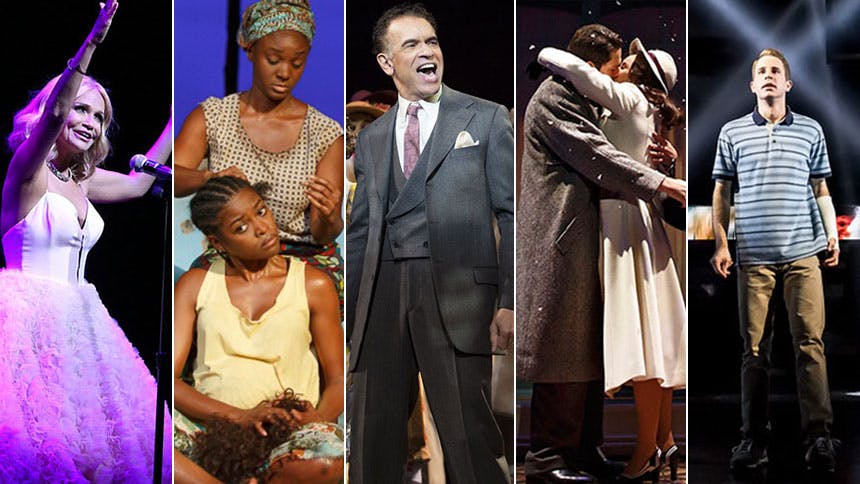 Let's look back on 10 Broadway shows that had me living my entire life and leaping to my feet.

10. My Love Letter to Broadway

Tony winner Kristin Chenoweth's solo concert was probably the biggest surprise of my 2016. To say I was blown away would be an understatement. Like Streisand's "A Happening in Central Park" or Judy at Carnegie Hall, this will be remembered as a milestone moment in an epic career.


Basically an extended sketch, Oh, Hello is a testament to the brilliance of its creators and stars, Nick Kroll and John Mulaney. I'll never look at tuna the same way, and I'm sure I'll be quoting their unique pronunciations well into 2017.


The year's Tony-winning best play is a family drama, a laugh out loud comedy, and a thriller all at once, and it's truly remarkable. I wish it was recorded for TV or film so I could have Jayne Houdyshell's Tony-winning performance with me always.


This revival was a precious jewel from start to finish, and thanks to Broadway HD we can revisit the wonderful characters (and spectacular performances) at Maraczek's Parfumerie whenever we need to warm our hearts in 2017.


Carmen MF Cusack gave the breakout performance of the year in this beautiful musical about love, loss, and finding yourself. It made me want to see her, Paul Alexander Nolan, and Emily Padgett in practically everything. Also, that score doesn't quit.


The first Broadway revival of Falsettos was everything a fan could hope for and more. It did what theatre is supposed to: reflect the world around you and make you look inward. Also SJB is operating at the height of her power as Trina, and I was living for every moment. I wanted to be part of the teeny tiny band onstage.


Bow down to director Rachel Chavkin and her incredible creative team for taking this off-Broadway smash and making it feel even more immediate and exciting inside Broadway's Imperial Theatre. It's a masterclass in direction and design.


TBH, my favorite performances of the year came from the ladies of Eclipsed. Each one was so phenomenal, and so visceral. It was probably the most transported I felt inside the theatre in 2016.


Flawed but outstanding, this musical was why I love Broadway. I'd rather see the best minds in the theatre toil with something daring and achieve artistic success than watch something so clearly created with commercial New York in mind. I only wish we had a cast recording or a PBS special or something to preserve this gem.


Ugly crying while surrounded by strangers all doing the same is such a special experience in NYC. This new musical touches something universal while never betraying itself to be more digestable, and the production is superb. Also to say Ben Platt's performance as the title character is a revelation would even be doing him a disservice.