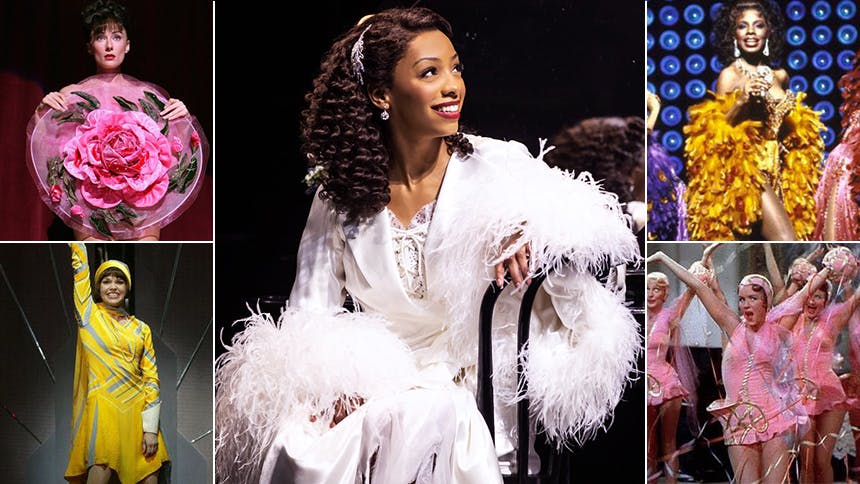 Christiani Pitts made her Broadway debut in A Bronx Tale (and slayed the MF house down!) before taking on the lead role of Ann Darrow in the big, can’t-miss Broadway musical adaptation of King Kong. Her performance as the aspiring actress who captures Kong’s heart is stunning from top to bottom—she is serving fierce vocals and major dance moments, all while carrying the emotional arc of the story opposite a huge puppet.


Christiani’s killer performance in King Kong got us thinking about 10 other musical roles we need to see this triple-threat leading lady and rising stage star take on.


This is the Millie we’ve been waiting for, and it became apparent during that first big prologue in Kong. She’s mesmerizing onstage; she can really sing and dance; and she has the plucky spirit of a girl who would move to NYC, embrace a bob, and make everyone fall in love with her.

Can we all secret this together though? Just imagine Christiani with big hair and a beaded gown with a high slit, holding the mic center stage, giving you your ultimate Dreamgirls revival fantasy. She can be sweet, insure Deena or she can be opening of Act II Deena.


Like the Deena Jones arc, the title character in Gypsy goes on a journey that Christiani would nail. Imagine watching the “Let Me Entertain You” strip right into her and Tonya Pinkins together doing the Louise/Rose dressing room scene.

Cassie Ferguson in A Chorus Line

I just want to see her do the Cassie back-bend and dance the house down in that red dress.


Her “Mein Herr” would be perfectly marvelous, and you’d hear this iconic score anew in her insane voice. Also, having a person of color play Sally Bowles adds an interesting new element to the story we know so well.


I’d be ok with even a concert reading—just to hear her sing “Without You”.

Audrey in Little Shop of Horrors

Ellen Greene still has the market cornered on that iconic blonde Audrey, so let’s go somewhere new with it. I can’t even imagine the vocal pyrotechnics she would bring to “Suddenly Seymour”.

Silvia in Two Gentleman of Verona


I would go to the first performance to bootleg her version of “Night Letter” so I had it always.

Kathy Selden in Singin’ in the Rain

The role, made famous onscreen by Debbie Reynolds, is a bucket list moment for any leading lady. Christiani radiates such a joy onstage, which you need for this role. You could just close your eyes and picture her dancing that epic “Good Morning” showstopper.