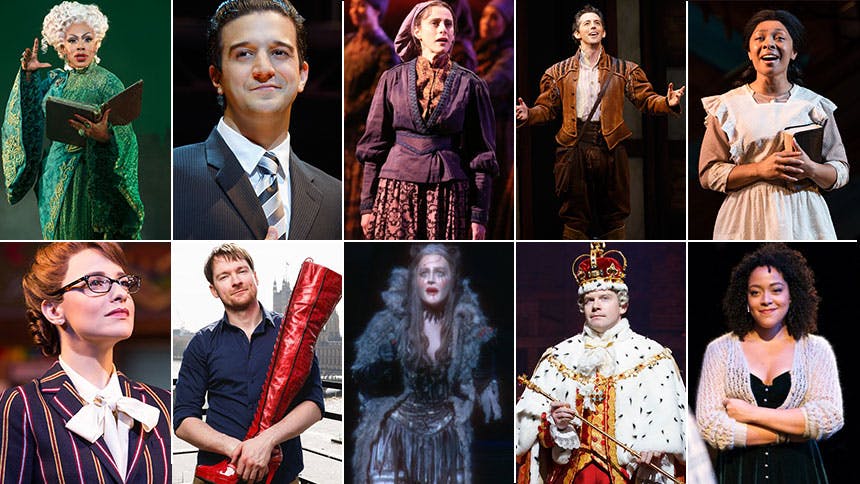 It's that time again. Time to shine a much-deserved spotlight on 10 Broadway replacement stars who are just knocking it out of the park—presented alphabetically.


Let’s hope the Dancing with the Stars Emmy nominee returns to Broadway again, because his Jersey Boys debut is lit. He has all the charisma you need to go from small town singer to a world famous pop star who could make a decades long deal on a handshake.


Ok, this is off-Broadway but just watch the video above. I’ve been listening to “Come to Your Senses” for 15 years and never heard the lyrics or emotion so clearly. Cooper’s star quality is positively undeniable.


See the Broadway debut of West End star Killian Donnelly. His voice is so killer, and he brings some legit homegrown charm to the factory floors of Price and Sons. Brace yourself because his “Soul of a Man” is a total, 100p showstopper.

Jenn Gambatese as Rosalie in School of Rock


Gambatese slays the MF house down with her “Where Did the Rock Go”. I wish I had a recording of it because it’s truly something else. You really can’t help but root for and adore her misunderstood Principal Mullins.

Josh Grisetti as Nigel Bottom in Something Rotten!


Grisetti is the definition of adorkable as the gifted young playwright in Something Rotten! He nails every punch line, every tick and twitch, and his voice soars on the songs.

Jennie Harney as Nettie in The Color Purple


Harney brings such warmth and joy to the role of Nettie. Her Nettie is smart; she’s pure of heart; and when she sings with Cynthia Erivo, it’s like a glimpse of heaven. By the end, I was believer.

Judy Kuhn as Golde in Fiddler on the Roof


You must go back to see what Judy Kuhn brings to Fiddler. That iconic voice on “Sabbath Prayer” and “Sunrise, Sunset” slayed me. Her and Danny Burstein are incredible together. Their “The Dream” and “Do You Love Me” were particularly incredible because she showed the vulnerable side of a woman whose life has forced her to be hard. Clearly, I was so taken with her performance.


This Book of Mormon alum makes the most of the featured role in NYC’s biggest hit. Rory has you waving that praise hand as you try to catch your breath from laughing so hard at his delivery and the faces he’s making. Long may he reign.

Mamie Parris as Grizabella in Cats


I’m beginning to sound like a broken record here but Mamie Parris in Cats is EVERYTHING. Beyond her absolutely stunning “Memory”, I loved the way she moved and the reactions she gave while she was in the background. She’s created such a full, dynamic Grizabella.


Never has Madame Morrible been more glamorous or more memorable than in the hands of this Tony-nominated Dreamgirl. Seeing her is an event. Also, her Broadway.com video blog behind the scenes at Wicked is mandatory supplemental material.

Jersey Boys
Discount up to 38%