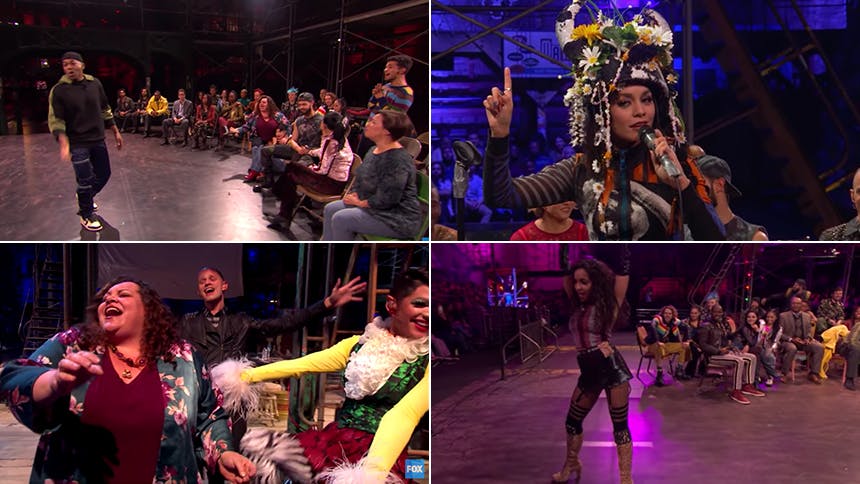 The live part of Fox’s highly anticipated Rent Live got sidelined due to an actor injury at the dress rehearsal (Brennin Hunt broke his foot), and much of what TV audiences saw was filmed at the dress rehearsal. While the footage aired, the knockout company performed an electrifying concert version of the show for the live audience that made its way to social media but not TV. Below, check out four concert-style numbers performed live by the cast of Rent last night.