Keala Settle Takes on Seven Questions About Rent Live!, “This Is Me” Moments, & Coming Back to Broadway 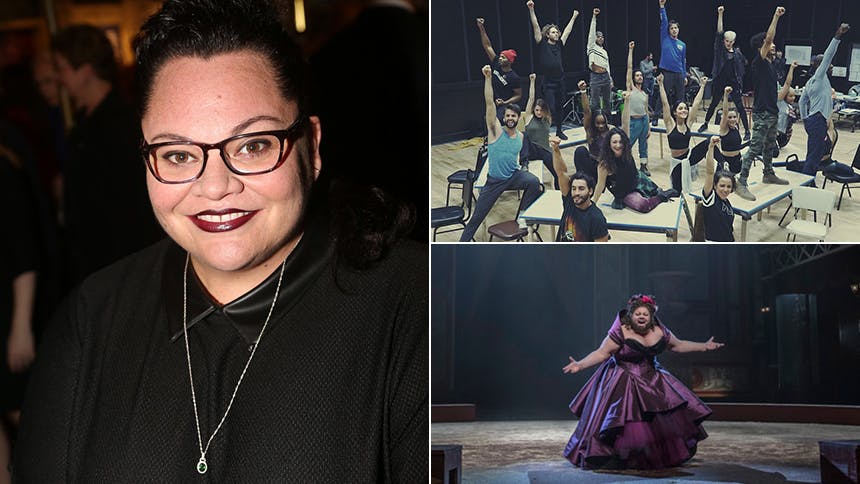 Tony Award nominee Keala Settle is about to give us 525,600 reasons to LIVE when she takes on the iconic “Seasons of Love” solo in Fox’s Rent Live! on January 27. Known for her incredible, one-of-a-kind pipes, Keala starred on Broadway in Waitress, Hands on a Hardbody, & Les Miserables, and she broke out in the mainstream thanks to her performance as Lettie Lutz (the bearded lady) in the movie-musical The Greatest Showman. BroadwayBox caught up with Keala to talk about Rent, “This Is Me” viral videos, and what it would take to return to Broadway.


1. What was your introduction to the musical Rent? Do you remember your first time hearing it?
The one and only time I saw Rent was either in 1999 or 2000. It was a national tour coming through Las Vegas, where I was living at the time. And I remember as I was watching, I realized I was being introduced to what NYC was all about during that time. It was an experience that made me want to BE in Manhattan…something I thought at the time was so far from my reality.


2. The East Village is a secondary character in Rent. What’s your favorite haunt in that NYC neighborhood?
PDT and Joe’s Pub….my absolute jams. For obvious reasons ;)

3. What’s been the craziest or most random place you’ve been recognized by a Greatest Showman fan?
I was in a bathroom at a Target…it was hysterical! We all gotta pee!

4. Everyone has a “This Is Me” video they are obsessed with. Which is your favorite?
The videos that get me are the ones where I see the children living through the words and music. Unfortunately, I don’t have any children, so to see this song uplift them in such an extraordinary way is beautiful to me and brings tears to my eyes.


5. Rent was and remains such a gateway musical for so many young people. What was the first musical you saw yourself in and connected with on a deeper level?
To be honest, I’ve never really seen myself in a musical, per se, but the first time I connected with a character was Norma Valverde in Hands on a Hardbody. I had seen the documentary years before the musical was being created, and it was a staggering depiction of the human condition. It mesmerized me. I loved it. So, to be a part of that made me want to continue telling stories like…stories that help us see what is real.


6. What does it mean for you to go back to live performing after your 2018 surgery for Moyamoya disease and especially with a piece like Rent?
It’s been great! Michael [Greif] is one of the most endearing, loyal, and sensitive directors I’ve ever worked with. I had the privilege of working with him on a 54 Below project called Bright Lights, Big City a few years ago. It was an amazing experience and I was hoping someday to have the chance to work with him again. And it’s here! Coming off of Showman, post-surgery, and going into a theater project, it’s exciting. And it feels like home! I miss the stage very much.


7. What’s the dream role that would bring you back to Broadway?
Y’ALL TELL ME!!! There are so many stories all over that want to be told—have to be told—I just want to be there to share them all. Because THAT changes lives. So start writing ‘em : )


Don't miss Keala Settle and the starry cast of Rent Live! on Fox January 27 at 8 PM.

Newer
Exclusive Photos! Go Backstage at Broadway's Hit Musical Comedy The Prom
Older
Be More Chill Cast Reveal Their High School Obsessions, Dream Roles, & If They Would Take the Squip to Be Cool
Sign up for BroadwayBox Discount Alerts