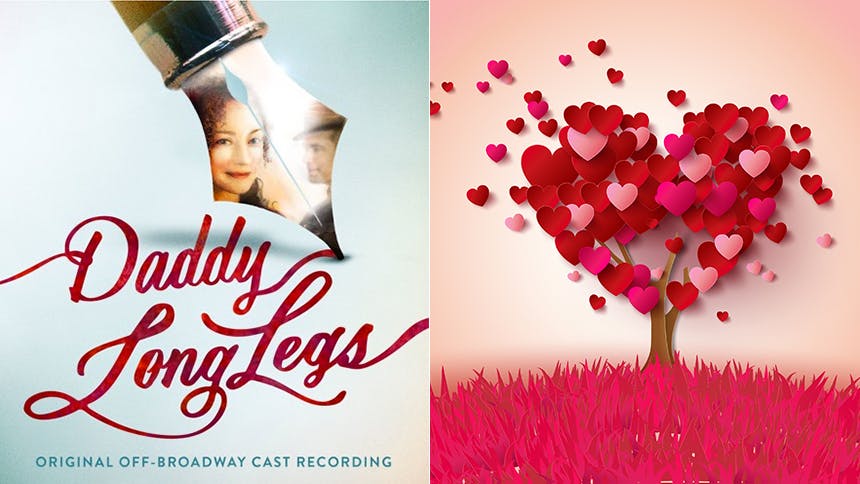 with original cast members Megan McGinnis and Paul Alexander Nolan (Nolan has since been replaced by McGinnis' real-life hubby Adam Halpin). The album, like the show is so special, sweeping, and romantic. Below, BroadwayBox reacts in animated GIF as we give Daddy Long Legs a first-listen.

1. The Oldest Orphan in the John Grier Home (Megan McGinnis)

Megan McGinnis is in perfect voice—so beautiful and clear. Get it, girl.

2. Who Is This Man (Megan McGinnis)

Very pretty, and it sets up the whole premise of the show.

This song really works. It’s like one of those beloved old-fashioned musical theatre songs. #SoHummable

Ok, this the best track so far. Def download it. It’s giving me an emotional country song in the warm of summer.

This one is pretty epic, like something Celine Dion would have listened to in that “It’s All Coming Back to Me” castle.

7. What Does She Mean by Love (Paul Alexander Nolan)

And that’s how Paul Alexander Nolan does it, folks.

Totally a theatre song girls will sing at auditions for high schools, colleges, and such.

9. When Shall We Meet (Paul Alexander Nolan)

Such a sweet track.

10. The Color of Your Eyes (Megan McGinnis & Paul Alexander Nolan)

11. The Secret of Happiness (Megan McGinnis)

Stunning. Megan McGinnis’ voice is flawless. She soars in this score.

Just as sweet the second time around.

After taking this journey with them, you’re sitting there during the climax like….will they? Won’t they?

Download it and belt along in your shower, your car, your bedroom…wherever.

18. I Have Torn You From My Heart (Megan McGinnis & Paul Alexander Nolan)

Their voices blend so beautifully.

What a special album to get lost in. A must-listen for traditional musical theatre fans and those who grew up with the animated Disney movies—there’s that kind of soaring romance to it…and they sound like a Disney princess and prince.

Enjoy the beautiful and romantic Daddy Long Legs now off-Broadway at the Davenport Theatre or watch the live stream on their site on December 10.