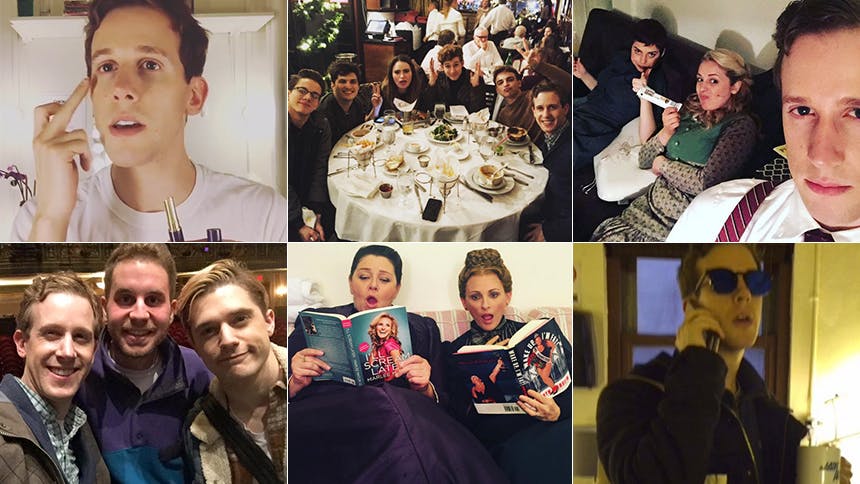 First off, if you're not following Alex Wyse on Twitter, you're missing out. He's without a doubt one of the funniest Broadway personalities on there, so that's first.

Second, he's smashing as Georg (the one with glasses, a crush on his piano teacher and the killer solo in "Touch Me") in the acclaimed Broadway revival of Spring Awakening

Clearly it was a no-brainer as to which Spring Awakening star would take over the BroadwayBox Instagram for a two-show-day on November 28. Scroll on to see all of Wyse's hysterical videos and clever captions in this roundup.

It's a two-show day with @alexjwyse.

Here's people lining up for the @springbway lottery! - photo by @alexjwyse

My lost audition video for The Wiz Live! @alexjwyse

During "Whispering" we eat chocolate.

Look who came to see us!

Look at all the people who came to the @springbway stage door!

Called out the lotto winner names with @AlexBoniello!

Finished off the night by bumping into pals @chelseanachman @jennyandersonphoto @alysonahrn. THANKS FOR PLAYING WITH ME!!!


Hurry over to the Brooks Atkinson Theatre before January 24, 2016 to see Alex Wyse (and gang) in the groundbreaking revival of Spring Awakening.