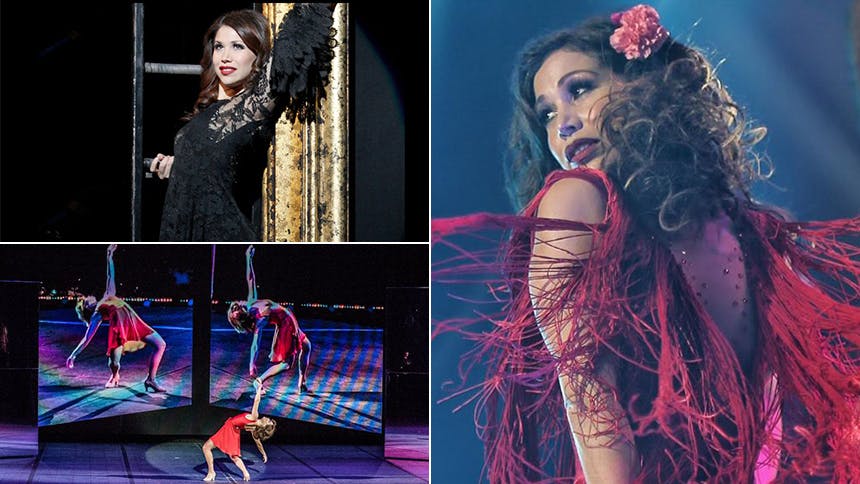 Chicago favorite Bianca Marroquin tears up the stage at The Muny as Cassie in A Chorus Line. The fierce Mexican star slays "The Music and the Mirror" through August 4 before returning to NYC and Feinstein's/54 Below on August 18 for a one-night-only concert event. In her new concert, Bianca performs songs from her upcoming album Nuestros Tesoro’s, as well as music from her international stage career. BroadwayBox caught up with Bianca to talk Roxie, Cassie, and why her concerts are so special.

1. You’ve played Roxie over a dozen times around the world. How do you prepare to step back into Chicago each time?
Every time I get the privilege to come back to Roxie I have something new and different to offer her because I'm never the same person as time goes by. Our experiences change us. So I'll review my whole script again and I find that I keep discovering and understanding new things both about Roxie and myself. It's been a very interesting and amazing relationship I've had with Roxie throughout 16 years.


2. What’s the biggest way your Roxie has changed through the years?
I can definitely see a huge difference in my dancing, singing, and acting. I would like to think that life has made me wiser throughout the years so my choices on stage are smarter and justified. It would be interesting to watch a video from 16 years ago when I first played Roxie in Mexico City in Spanish and then cut to a video from present day on Broadway. As you become a more seasoned performer, I think you know how to pace yourself better, know when to contain and when to explode with your dancing, your singing and your speaking. You learn that sometimes just a twitch, tick or blink of an eye is more powerful, effective and chilling than a full-blown electric move. There are times to be electric, bigger than life, times to explode your energy, and then there are moments you just stand still and it's the most beautiful thing.

3. What’s the most thrilling part and the scariest part of taking on Cassie in A Chorus Line?
I've never had the honor to do A Chorus Line. It's funny how certain projects come to into your life at the right time to challenge you, feed your soul, and set you on the right path. I decided to move to LA last year. One of those spontaneous decisions one sometimes make in life, lol! Lately I've been doing more TV work with Univision so I definitely can say that I have not been focusing on my dancing so much, other than for Roxie in Chicago. So, when I deliver Cassie's lines on stage it gives me the chills because of how similar and parallel my life is with her right now.

Sometimes life imitates art and art imitates life. I have to say Cassie is putting everything about me to test. This is one of the biggest physical, mental, and emotional challenges I've ever been up against. Not to mention the fact that we're learning this entire legendary, iconic show in ten days. I am so amazed by my dear director/choreographer Denis Jones; my deepest respects to him and the entire phenomenal cast. I'm grateful for this opportunity. It’s a huge blessing in my life.


4. When putting together your album Nuestros Tesoros, what song did you know you HAD to include from the start?
My beautiful mother in heaven, Evelina, is always with me and I remember she used to love a certain song, "Que Vuelvas A Mi". When this project first came about, I wanted to sing the songs that reminded me of childhood, my roots, my beginning, my beloved mother and adored father. I wanted to celebrate the songwriters of my language and continue to extend and awaken their songs with all my love and respect.


5. What’s been your craziest onstage mishap?
I think it would have to be while performing María in The Sound of Music. In her big opening number of “The Hills are Alive” with the gorgeous backdrop of the mountains and iconic music, I slip on stage. I'm literally airborne for a second or two and land heavily, dramatically, comically and tragically on my bum. I continued to sing through my own embarrassing laughter and finished the number. I got a standing ovation at the end of that number. The truth is, I think the audience felt sorry for me! Haha


6. If you could bring any former Chicago co-star onstage for a duet at 54, who are you calling?
Well, a few years ago my beautiful friend Ryan Silverman was playing Billy Flynn with me and was performing his act at The Carlyle. He invited me to sing a duet with him. I would like to now invite him to come and sing with me at 54 Below. Jaime Camil, Rogelio on Jane the Virgin, is my dear old friend from years back in Mexico. We had the blessed opportunity to play Billy and Roxie together on Broadway last year. I'm gonna ask him to check his calendar and see if he can get his bum to NY and shine on my 54 Below stage! 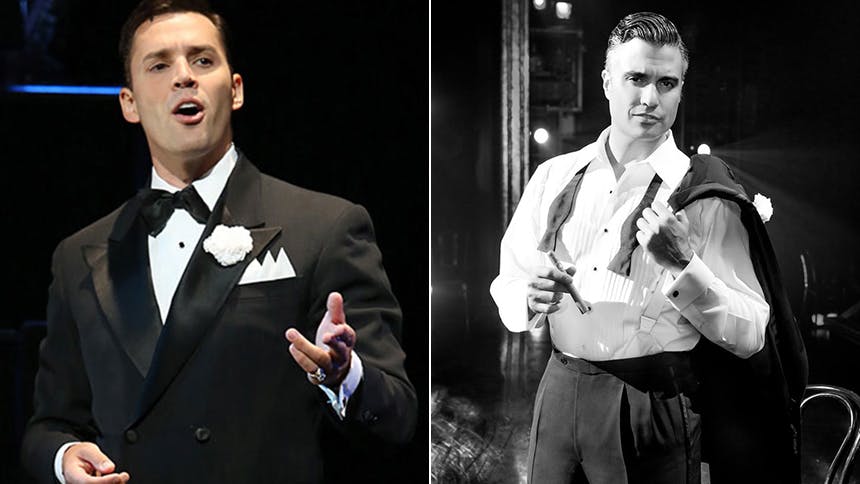 A post shared by Bianca Marroquin (@biancapamelamarroquin) on Jun 8, 2015 at 1:19pm PDT


Don't miss Bianca Marroquin at Feinstein's/54 Below on August 18.

Chicago
New
Discount up to $50
Newer
Where Are They Now: The Stars of Broadway’s Bring It On
Older
Forget the Drama, Here's Why You Should See The Great Comet RN