Forget the Drama, Here's Why You Should See The Great Comet RN 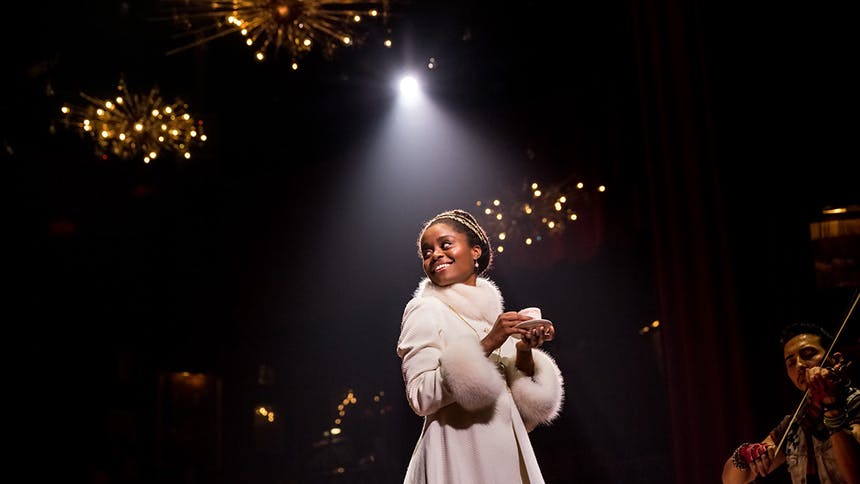 Broadway was bugging out last week and all anyone could talk about was the unfolding drama at the acclaimed musical Natasha, Pierre, & the Great Comet of 1812

. Current headliner Okieriete Onaodowan (who was terrific, btw) was going to be paid out to leave the show early so they could bring in Tony and Emmy winner Mandy Patinkin to boost ticket sales; and maybe it would have all been ok if Tony-nominated creator Dave Malloy’s honest Twitter thread were the original statement, but things got murky: Twitter exploded, Mandy dropped out, Oak is still leaving, and fans are trying to #SaveGreatComet. You can help by buying a ticket to see this unique piece of art. Here’s why you should look past recent headlines and head to the Imperial Theatre.

Innovation: Don’t lose sight of The Great Comet’s innovation. Much like how Hamilton pushed the art form forward with its score and cast, Great Comet moved the needle in what immersive, commercial theatre could be. It’s a Broadway show unlike any that came before it. Dave Malloy's adaptation of War and Peace envelops its audience thanks to boundary-breaking direction and design.

Diversity: Diversity matters to the The Great Comet. It is a completely color-blind cast that employs 15 people of color in a cast of 35. Tony nominee Denée Benton stars as a Russian noble in 1812. Amber Gray is the sister of Lucas Steele and Nick Choksi is her lover—and you never blink an eye about any of it when you’re inside the Imperial. For its commitment to diversity, the musical received Actors’ Equity Association’s Extraordinary Excellence in Diversity on Broadway Award—just last month! The award is presented to productions that “exemplify and promote the union’s founding principles of diversity, inclusion, non-traditional casting, and equal opportunity for all who work in the theatre.” It’s also the only show on Broadway with a genderless ensemble track—swings cover both boys and girls—at “The Ball”, the partnered dancing is anything but traditional.


Acclaim: The show even managed to push boundaries in its Tony noms and wins. The Great Comet held the distinction of being the most Tony-nominated show of the year with 12 nominations. It won only two of the 12, for its stunning lighting and scenic design. With her win, Mimi Lien became the second woman to win Best Scenic Design in a Musical since set design split into two categories and the first Asian designer to win for set design of a musical (Ming Cho Lee won in 1983 for his design of the play K2). Director Rachel Chavkin’s Tony nomination was important because a female director hadn’t been nominated since 2014, and a female director making her debut hadn’t been nominated since 2009.


It’s Just Damn Good: The alchemy of the show works right now. Oak is a great, albeit different, Pierre—he finds moments of joy in a character that’s losing hope in humanity. Denee plays such a refreshingly fierce Natasha—nothing happens to this girl, rather she implodes her entire life and future from the inside out, fearlessly. The featured players in this show are so talented and captivating that each should (and probably will) go on to lead their own musicals in time. Plus, the ensemble kicks ass so hard it received Equity’s ACCA Award for Outstanding Broadway Chorus. Sit through “The Duel” at the Imperial and tell me you’re seeing something you could find anywhere else but The Great Comet.