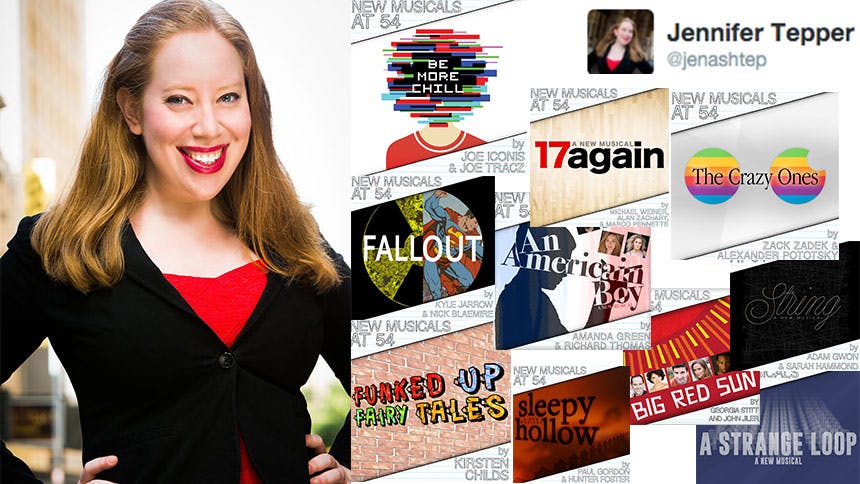 Everyone loves a good 54 Sings ___ and now Broadway's living room, Feinstein's/54 Below, ushers in a new, exciting wave of programming with New Musicals at 54—10 musicals you don't know yet but are bound to fall in love with. The only question remains, how do you know exactly which of the 10 are up your alley?

BroadwayBox recruited Feinstein's/54 Below's Director of Programming, Jennifer Ashley Tepper, to introduce and describe each of these show's plots in only a tweet-length (140 characters) and provide us with a view preview. (Sidenote: '17 Again', 'Sleepy Hollow' & 'An Americain Boy' don't have any videos on YouTube, so those are videos of the writers' work from other shows.). Now scroll on to meet 54's Class of 2016.


By Kirsten Childs. Running May 31.


By Georgia Stitt and John Jiler. Ran at 54 already on January 19.

Got it? Good. Now go book your shows and see some (or all) of these exciting, new musicals live.

Feinstein's/54 Below
Best Priced Tickets
Newer
Richard H. Blake Brings You Behind the Scenes of Tech Rehearsal for Paper Mill Playhouse's A Bronx Tale
Older
Hot Clip of the Day: Celebrate Tony Yazbeck's Arrival in Neverland with This Kiss Me, Kate Stunner
Sign up for BroadwayBox Discount Alerts