Jackpot! Get Your Hands on the Winning Honeymoon in Vegas Cast Recording 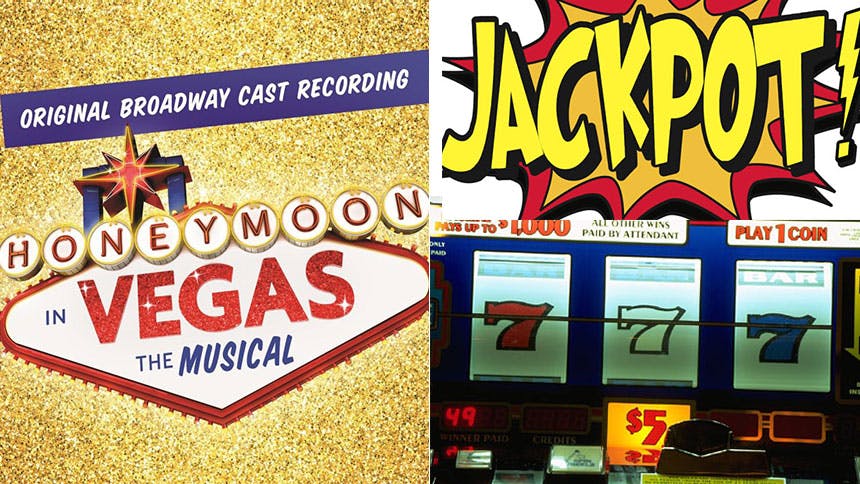 Jason Robert Brown follows up his Tony-winning The Bridges of Madison County score with the fantastic score for the new Broadway musical Honeymoon in Vegas. This album is going to be one you treasure and throw on for years to come; it’s like Jason Robert Brown, Cy Colman and Frank Loesser had a brilliant little love child (but it's last name is still Brown). Released by Universal Music Enterprises, the album is available now for digital download and in stores January 13, 2015. Below, BroadwayBox heads to sin city (anything this good has to be sinful) as we give the cast recording a first listen and react to each track in GIF.

Let’s do this 'Vegas'—Wow, from 2:48 to the end feels like we just landed on The Strip.

JRB and Rob McClure—what a combo. What a way to kick things off.

Yes ma’am Ms. Opel. That is how you deliver an early Act 1 showstopper.

Just try to stand still during this one.

Gosh, even the Entra’acte is a joy.

Stop it now with the addition of Hawaiian sounds and Raymond, Brynn and Rob. Just Stop it.

This song (and album) IS happiness.

15. You Made The Wait Worthwhile (Tony Danza, Brynn O’Malley & Company)

The album (and this track) were phenomenal. What a romp! How fun. A must-own for theatre fans.

Make a date with Honeymoon in Vegas at Broadway's Nederlander Theatre.