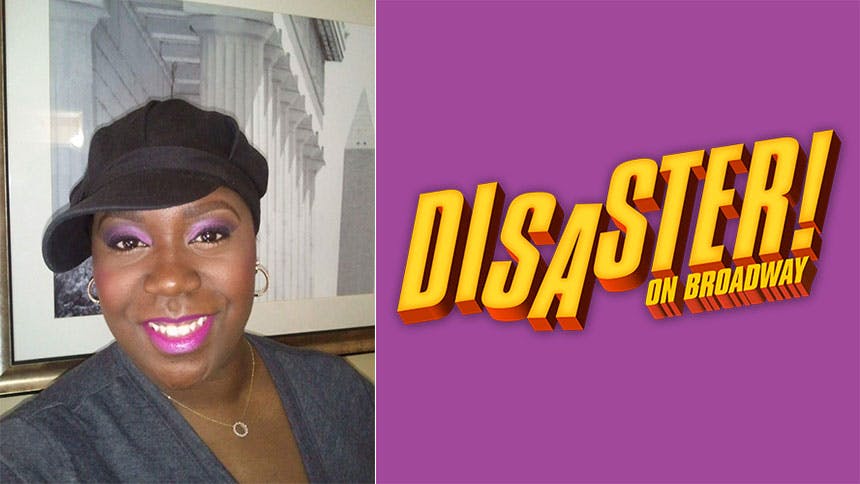 Looking for a musical that will have you dancing in your seat and smiling 'til your face aches? Then brace yourself for Disaster!

, the hi-larious new comedy that blends disco's most beloved tunes with the popular disaster film genre of the 1970s. Making her Broadway debut alongside an all-star cast is Lacretta Nicole, who audiences are going to fall in love with as down on her luck disco diva Levora. Below, BroadwayBox gets to know the Book of Mormon tour vet as we chat 1970s pop culture, surviving a Broadway disaster, and her disco anthem.

1. The thing I love most about Levora is:
I love that Levora is a survivor. She's a full-figured woman making music in the disco era. She may be down on her luck now, but she was a chart topper along with the other divas and was just as sexy. She survives the horrible catastrophes that befall the guests on the Barracuda and finds compassion and generosity along the way.

2. The most memorable day of Disaster! rehearsal has been:
Stepping into the stage house the first day of tech. Everyone was milling about in the aisles and the lights were going. It was like stepping back into time. The set looks glorious and we just added costumes today. It's really stunning.

3. Disco diva who gives me life and makes me feel great when I hear her:
Duh, Chaka Khan!! That smile!!! The voice. My mom played her for me when I was little and I was hooked. "Whoa, sweet thang...." I didn't know what that meant. I thought my mom played it for me because I was her daughter, her sweet thang and she loved me very much!

4. The best piece of advice I’ve received about making my Broadway debut:
No one has offered up any advice. They smile and congratulate me and they know that this is a big deal for me. I'm grateful for this opportunity in such a great role. All I can do is trust the work I've put into it, live in the moment and be open to this roller-coaster ride of a show!

5. TV show or movie that can always make me laugh without fail:
Little Britain!!! There's something about all those sketches. Sometimes the humor is subtle, sometimes zany, and sometimes ridiculously crass. I love it!!

6. Theatrical performance I’ll never forget seeing live:
So far, Metamorphosis. It was such a magical show for me. I took Latin in high school so it was awesome to see some of the stories we'd studied live and breathe in front of you. The water was a character in and of itself. I was enthralled.

7. Co-star I’d trust to help me survive if there was a disaster at the Nederlander:
Jennifer Simard. She's already been a rock to me. She's the yen to my yang, the Laverne to my Shirley. We have such great and deep conversations and yet can sit in the dressing room together and do our own thing knowing that the one is so totally there for the other. Between me being a Girl Scout and her being married to an electrician, I think we'd survive just fine!

9. ‘70s song I’d use as my personal anthem:
"Brick House"!! I mean the measurements are off, but that song is totally about me!!

Get your tickets now to see Lacretta Nicole as Broadway's surviving disco diva in the new musical comedy 'Disaster!' at the Nederlander Theatre.