Hot Clip of the Day: Grisetti & Cariani Go For 'Broke' & B'way Gets to Know Tor & Lisa 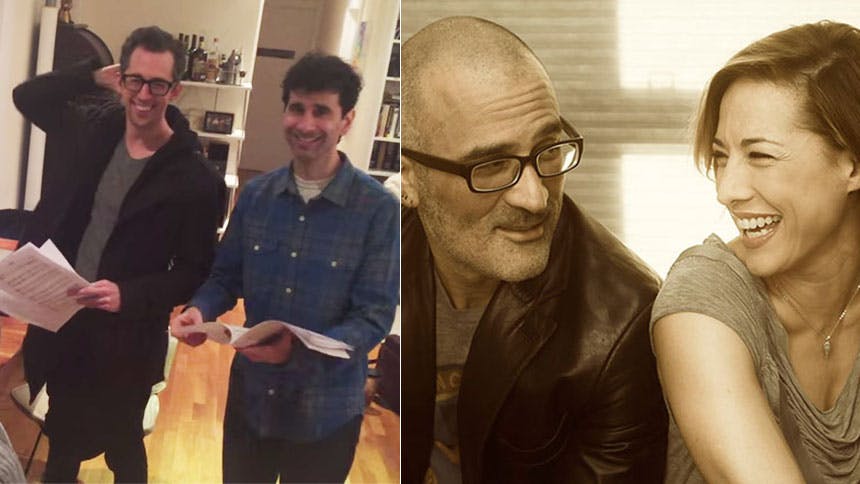 Further Reading: Get to know Tor & Lisa better as they interview each other with questions they've always wanted to know but never asked.

Tor: If the world were going to blow up and there was a spaceship taking some people to another planet and only one of us could go, would you leave me and go?

Lisa: I’d have to. Someone has to get our musicals up on the new planet!

Lisa: How come you never play the music that’s on the page?

Tor: I’ve never been a very good reader and I see those juicy chords and would rather my own accompaniment. It’s probably a control issue.

Tor: What did you think my sexual orientation was when we first met?

Lisa: Gay—was mostly the earrings.. Coke addict—all the sniffing. Turns out you were a rock producer with a deviated septum.

Lisa: Do you want to have sex with me all the time?
Tor: Yes, especially when we’ve just finished writing a new song.

Tor: How do you stay “IN” as a performer?

Lisa: I remember my friend, Erin, telling me what a great performer I was, but there was something missing, a sense of ease and comfortability with the audience. That comment pissed me off at first, but then I realized I had a choice: stay great or become greater. So I got uncomfortable and a lot more vulnerable, not on-the-verge-of-tears-vulnerable, but completely honest 100% of the time.

Lisa: Why are you so passionate about writing musical theatre?

Tor: Because it is the only medium I have written in that allows me to be purely myself. The genre simply won’t allow me to put on airs so I have to be honest and vulnerable all the time. It hurts, but it just means I’m growing.

See Tor, Lisa & their celeb pals in 'The Songs of Tor and Lisa' at Feinstein's/54 Below on February 8.