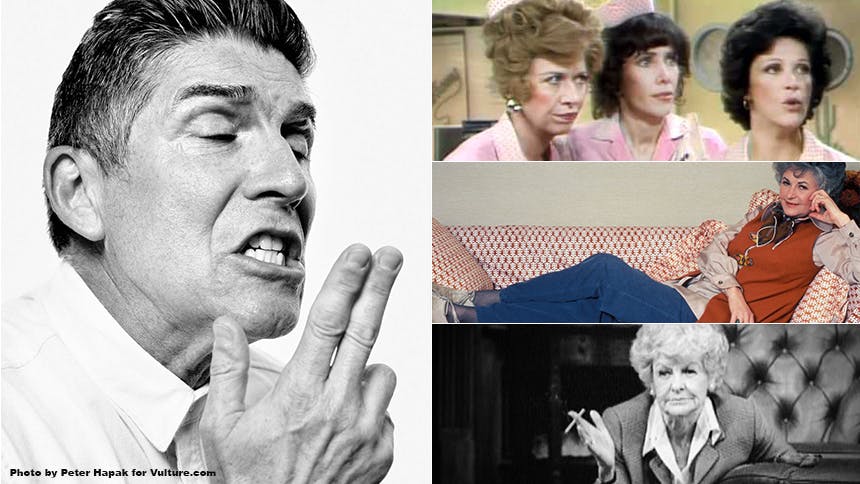 Writer and performer James Lecesne is beyond incredible in his one-man-show The Absolute Brightness of Leonard Pelkey. He plays 9 characters in a South Jersey town, all of whom are connected to the murder of a young, gay teen. Again, stunning work throughout.


But there is a moment in the show where everything changes for the audience, and it's when we meet the character of Marian, an older woman with a cigarette addiction who the unseen Leonard helps in the smallest but most monumental way. Through her monologue, the audience becomes endeared to Leonard in way that makes him real for all of us, and when the 80-minute play is done, we come away still thinking of Marian. Below, BroadwayBox hears from Lecesne about how he created one of the summer's most memorable stage characters.

Having grown up in New Jersey those women populated my life. They were often in the background—they weren’t major players— mostly commenting on the things that were happening, but I was always struck by the deep wisdom these women have (and it’s very often not on display). With Marian, you think she’s this tough, no nonsense person who doesn't suffer fools and yet she has a deeper wisdom that comes out in the monologue. To some extent, it's the turning point in the play because she really brings out the deeper meaning of the play: how that boy really touched her life.

When I was a teenager I had a job at a diner in Paramus, New Jersey, and there were two waitresses, Edith and Evelyn, that would just sit there during their break smoking cigarettes (you could still smoke in diners then) and they were just tough as nails but had hearts of gold. They were still hoofing it in their 60s—slinging hash and serving coffee to people—and they were always so encouraging to me, telling me I was going to be a big star. I think they were, to some extent, in my consciousness at some level.

Another person that comes to mind, of course, is Bea Arthur. I remember when I was a little gay growing up in New Jersey, I became aware of her through the cast album of Mame. My sister and I would perform that album endlessly and I was always Vera Charles. Then it was Maude and The Golden Girls. She’s certainly an influence in terms of her deadpan delivery and that kind of comedy that is tough but has a heart underneath it.

Then there’s also Elaine Stritch. These are all tough broads with husky voices; they have this survival status that qualifies them as reliable narrators—they've seen it all. Though one of the things about Marian that I love is that, even though she’s seen and done it all, she’s still able to be moved by something so simple as what Leonard offered her, which was his ability to see her and to see her for who she hopes to be.

Head over to the Westside Theatre to see James Lecesne's incredible performance in The Absolute Brightness of Leonard Pelkey.

The Absolute Brightness of Leonard Pelkey
Best Priced Tickets
Newer
Five Burning Questions with Kinky Boots Star Haven Burton
Older
Turn Up For On Your Feet! How Pumped Are You for the New Broadway Musical?!