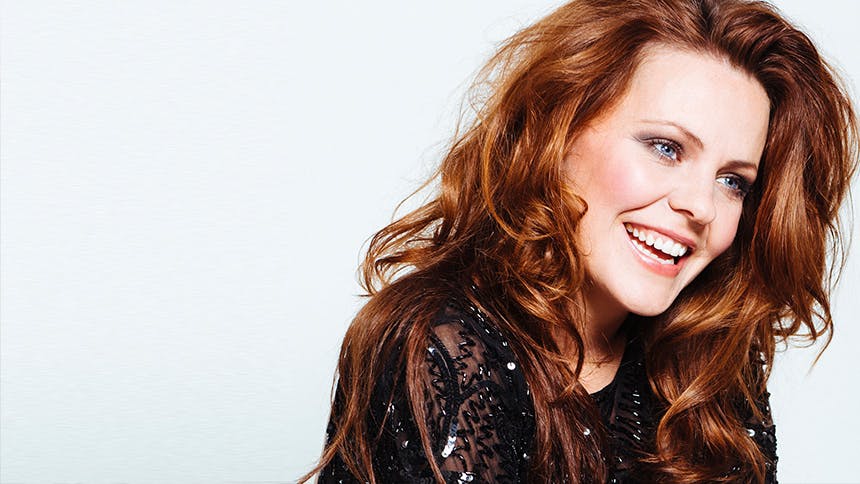 Rachel Tucker brings her stunning voice back to New York September 29 and September 30 with her debut Feinstein’s/54 Below solo show. This is your chance to see the leading lady of Broadway’s Wicked and The Last Ship bring down the house with a killer set list that includes Waitress' "She Used to Be Mine" and Dear Evan Hansen's "Waving Through a Window".

BroadwayBox caught up with the West End and Broadway belter to talk about the new show, her dream revival, and her recurring Wicked dream.

1. You’re putting together your debut show at 54, what number from the jump did you know you had to include?
Oh it had to be “The Man That Got Away”, I always have a Judy song in my shows.

2. What’s your most cherished memory of The Last Ship?
Where do I start! It was all such a joy it's hard to pick one single moment. I adored being part of creating something new and exciting in rehearsals, especially the day we choreographed Megs solo called “If You Ever See Me Talking to a Sailor”. And it had to be my first opening night on Broadway, that was something special!

3. Do you ever have a recurring Wicked nightmare?
Before I started rehearsals for Wicked, I was constantly having the dream where I forgot to paint my hands green!

4. If I had a blank check for a Rachel Tucker-led Broadway revival, what musical are we doing?
Oh, it would have to be Calamity Jane, I am her!

5. Looking back, what’s your favorite performance from the Oliver! reality competition I’d Do Anything? What was going through your head at the moment?
I love my time on I'd Do Anything, but I think my favourite performance was my last, singing “Cabaret”. In a weird way, I knew it was my last show there so I gave it more than everything I had!