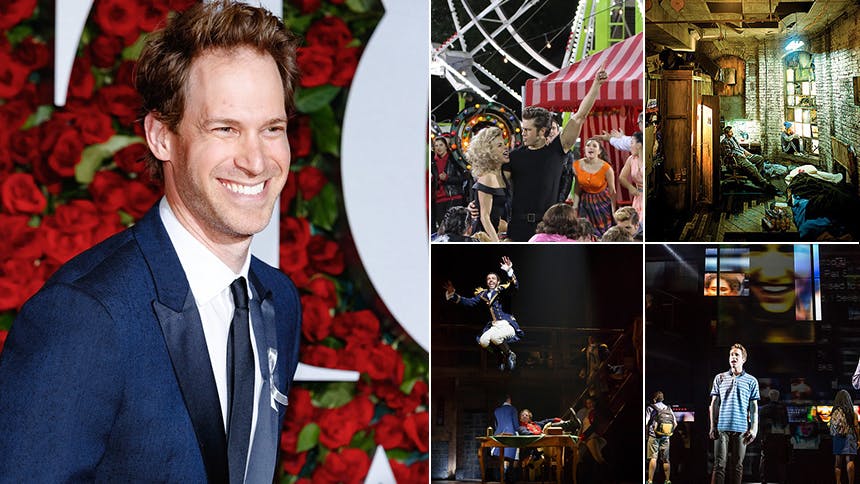 Tony and Emmy Award nominee David Korins' stellar scenic designs span the worlds of Broadway, TV, film and music. He's the guy behind Hamilton and this season's Dear Evan Hansen; he designed concerts for Kanye, Sia, and Mariah Carey; and now he's a 2016 Emmy nominee for his work on Fox's hit Grease Live! BroadwayBox caught up with Korins to talk with him about some of the standout sets from his career.

I really would hope I’m not remembered for just one set but I hope I leave behind a varied and nuanced body of work. I built my career doing so many different kinds of things over so many genres. I build success by hopscotching from one thing to the other. What I’m most proud of about my work is that you can’t look at it and say, ‘Oh, that’s David Korins!’—in the way that there are many other designers who have a touchstone sensibility—and I’m proud of that. I try to be the ultimate storyteller. If the story needs brick and wood, I do that, and if it needs lightbulbs and neon, I do that.

Broadway Design I’d Like to Have Another Crack at now:

Every Broadway design is a snapshot of who I was at the time. If I had to answer it with a show, practically, I’d look at Motown. The show was an expensive show all the way around because we never did an out-of-town tryout. I wish I could make the show a little smaller and a little more nimble.

Set That Stretched or Challenged Me Most as an Artist:

Literally every single one of them is like pulling a piano out of a swamp. Pee-wee Herman was an incredible, difficult challenge because it was taking a really known, much-beloved intellectual properly that really happened in a 360-degree soundstage over the course of years and that never had to actually work off camera and making a thing that could happen eight-times-a-week in one look. To actually make the theatrical experience feel like an amalgamation of all those years (and store all the puppeteers and voice-over artists) and make it pleasing to look at was really, really difficult.

Set That Changed Most From Its Original Concept:

In a weird way Hamilton because we were all over the map. At one point, we were doing a hyper-realistic version; at one point, it was incredibly modern. Hamilton had many, many, many iterations.

Regional Set I Wish New York Could Have Seen:

It’s funny, I have really loved a lot of the sets I’ve done out-of-town, but I’ve never thought of it in a way of, ‘Oh gosh, I wish people could see my work.’ It’s always refracted through the idea I wish more people could see this show. I had that very palpable feeling this summer with War Paint. It’s a design I’m really proud of. I really hope people get to see it because I think it’s a really elegant production—Ken Posner lights it in an unbelievable way and the star of the show are those costumes by Cathy Zuber.

Set I Made the Most of on a Tight Budget: 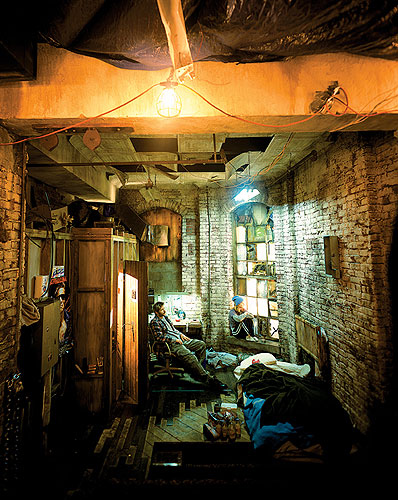 It’s not a Broadway show but one of the first big seminal things I did was this show called Blackbird that I actually produced with my theatre company (Edge Theater) downtown in 2003. It was the first Drama Desk nomination I got. I think the set budget was like $20,000 but we did a full 360-degree, including the ceiling and the floor, immersive experience in which we actually locked the audience into the room. I happened to be on crutches because I had a basketball accident, but I literally hand-carved every brick in the room myself. I remember people walking into the space thinking it was a found space and having no idea it was actually a set. When I think back on it, I think, ‘Wow, we did that for such, such a little amount of money.’ It was really a very, very extraordinary experience and it kind of put me on the map in New York City. I think about that one a lot.

Aspect of the Dear Evan Hansen Set That Excites Me Most:

I really love that we show the internet in a way that I think is very original. We really do recreate what happens to us every day and every evening as we pour through Instagram and Facebook and Twitter and Kickstarter and websites. We show you two events that happen on the internet—the internet for good and the internet for evil—and I think we very interestingly and realistically recreate the thing that happens in your mind when you troll the internet for hours. I’m very proud of it.

Grease Live! Set Detail I Am Most Proud Of:

With Grease Live! as a production, the thing I’m most proud of is that we actually pulled it off. Fox Paramount and Marc Platt gave us a six-week in the clear for a conceptualization phase. It was such a gift as a production designer to say, ‘Don’t think about New York; don’t think about LA; don’t think about inside or outside; don’t think about cost. What would you do and how would you crack the code of this show?’ By the end of that experience, we had designed and conceived 16 of 18 musical numbers in the show. When we were done with it, we knew exactly what the show was going to look and move like and how we were going to show it to the world.

Grease Live! Set Detail That Made Me Most Nervous for the Live Show:

The only thing I was a little bit worried about (other than the Godzilla El Nino rain) was the turntable in the diner that went from the diner to “Beauty School Dropout”. It was the only piece of automation-dependent scenery, and if it didn’t work we really didn’t have a plan B to get Boyz II Men out there. I didn’t really worry about that the way I worried about the rain, but for a live show you have to try to take all the variables off the table but that was one I couldn’t take off the table.

There are literally hundreds. When Grease Live! aired I took a deep dive on social media and showed them how each set went from page to stage. When it re-aired I live-tweeted a whole bunch of things you probably didn’t see the first time around. There are so many Easter eggs from the original movie or things from the original play, and in some cases actual set pieces from the Travolta movie—the actual punch bowl, the actual pillow from Frenchy’s bed, the actual Hell’s chariot. There are so many things embroidered into the fabric of our show that were literally the real piece Paramount or people in the original production had saved. Perhaps the greatest was Didi [Conn] and Barry [Pearl] wearing their original Pink Ladies and T-Birds jackets at the curtain call.

Right now, I am shivering with anticipation for the next one of these things because I loved the medium so much. I am dying to do another one. I would entertain any and all of them and find out what my contribution could be and blow it up. I think there are certain shows that lend themselves more to the medium than others—I think Rent would be pretty spectacular.