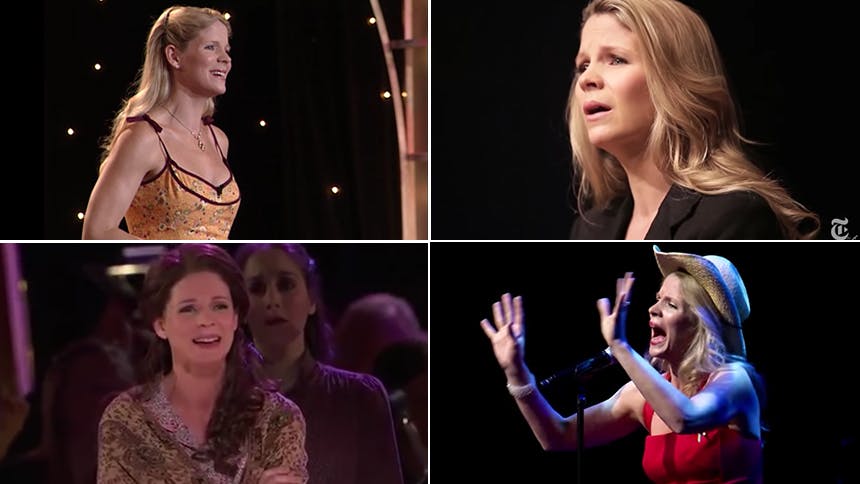 Tony Award winner and six-time Tony nominee Kelli O’Hara is back on Broadway leading Rounabout Theatre Company’s revival of Cole Porter’s classic musical Kiss Me, Kate. Kelli stars as Lilli Vanessi / Katharine opposite Will Chase in this behind-the-scenes musical about two formerly-married actors who must come together on a new show.


To celebrate Kelli O (and to low-key mark the anniversary of The Bridges of Madison County opening #RIP), here are eight essential videos of Kelli singing her face off and serving you major acting moments, as she does.

1. Recording “Almost Real” from The Bridges of Madison County


2. The Stunning A Cappella “To Build a Home” from The Bridges of Madison County


4. “Say It Somehow” Reunion with Matt Morrison at Feinstein’s/54 Below


5. “Hello Young Lovers” at the Barnes & Noble Album Event for The King and I


6. “What’s the Use of Wond’rin” from the NY Philharmonic’s Live at Lincoln Center Carousel


7. The Light in the Piazza Title Number on the MDA Telethon from 2005


8. “One Second and a Million Miles” on The View


BONUS: Techinically, she isn’t singing here but how could we not include her heartwarming 2015 Tony acceptance speech?!