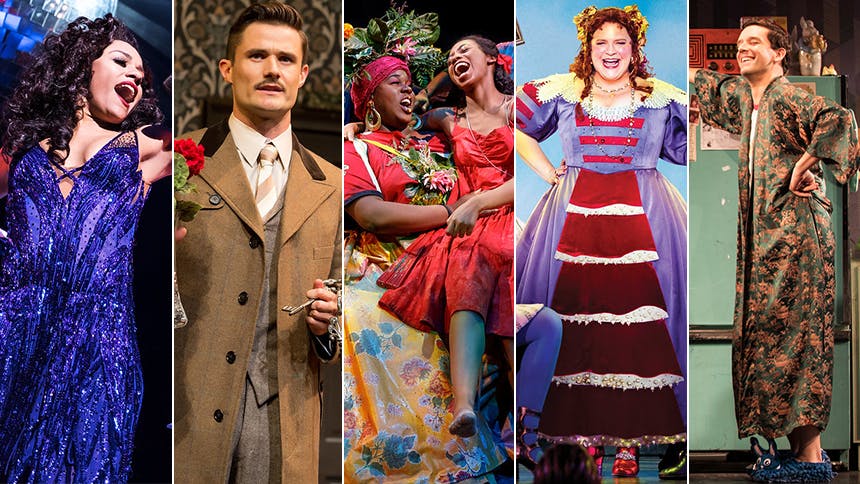 BroadwayBox highlights five closing shows that, as a theater fan, you will kick yourself for missing.


Audience: If you like Donna’s music enough to know the cake out in the rain song is actually titled “MacArthur Park”, you shouldn’t miss this.
Reason to Buy a Ticket RN: Hearing that music live is electrifying, especially when you watch this talented female-driven ensemble dancing Sergio Trujillo’s choreography. You will be up and dancing along by the curtain call. Also, I think Ariana DeBose’s Tony-nominated performance as Disco Donna is something everyone should see live. She’s a shooting star on that stage.
Closing Date: December 30, 2018.


Audience: Every gay man I know, their boyfriends, and their moms. It’s necessary viewing. Whether you’re there with your bf, your best Judy, or your mom, you’ll leave feeling even closer than before.
Reason to Buy a Ticket RN: This revival is all about the acting! Michael Urie and Mercedes Ruehl are giving some of the finest performances on Broadway right now as a son and mother who can’t quite understand each other’s lives. Together their third act, Women and Children First, is like a fireworks finale that will have you on the edge of your seat, holding your breath for the next big explosion.
Closing Date: January 6, 2019

Once On This Island


Audience: If you love Ragtime or you cried during The Color Purple revival, chances are you’ll be swept away by the emotion of this little gem of a show.
Reason to Buy a Ticket RN: Considered by many who work in theatre as one of the best shows currently running on Broadway, this Tony-winning revival and its artistry are undeniable. You will never see another production of this musical quite like this—it’s so contagiously joyful and yet such a tearjerker. Also, how Alex Newell doesn’t have a Tony Award on his mantle for what he does in this show, I will never truly understand.
Closing Date: January 6, 2019

The Play That Goes Wrong


Audience: Fans of British comedy (Mr. Bean, Monty Python, etc), fans of farces like the film Clue or Noises Off, or people who just really need a good, hearty laugh.
Reason to Buy a Ticket RN: It’s the funniest show on Broadway. Whether you’re 8 or 80, you can sit and laugh your ass off at the antics of this Tony and Olivier Award-winning murder mystery/play-within-a-play.
Closing Date: January 6, 2019


Audience: Feminists, activists, queer individuals, young people, Drag Race fans, and the many people who love them.
Reason to Buy a Ticket RN: The Go-Go’s musical is deliciously subversive and so unapologetically pro-woman. It’s also such a celebration of queer people. It’s like this fabulous little unicorn whose only mission is to bring you joy. Also, Bonnie Milligan’s Broadway debut performance as Princess Pamela is something that absolutely can’t be missed.
Closing Date: January 6, 2019