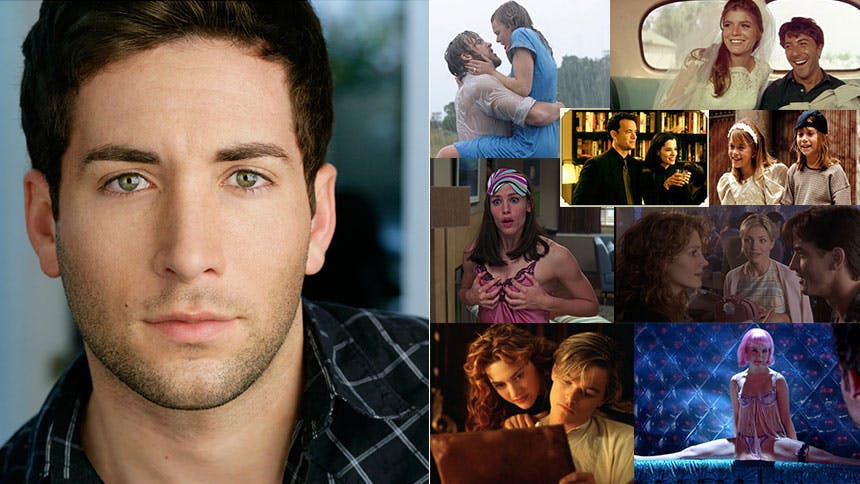 Musical theatre is finally catching up to the romantic formula Hollywood has been banking on for decades: a story where the protagonist is in love with someone who is already promised to someone else.

as Henry Mann, a starry-eyed 32-year-old writer who discovers that the love of his life has met someone new and is about to get married—and now he needs to find a date to her wedding.


The "engaging" show arrives at Feinstein's/54 Below

for one-night-only on March 22, direct from its world premiere at the Lyric Theatre of Oklahoma.


Below, Prince takes on seven questions all based on some of Hollywood's most famous "the person I love is marrying someone else" movies.

1. The ultimate line from My Best Friend’s Wedding:
I've actually never seen it (don't hate me) but I just googled quotes and "We'd be the vengeful sluts" came up first and 100% gets my vote.

3. Meg Ryan I’d rather hang with, Sleepless in Seattle Meg or You’ve Got Mail Meg:
You've Got Mail, all the way... her apartment was amazing.


5. From It Takes Two, my Olsen twin spirit animal:
Another movie I haven't seen (now I'm just ashamed) but I'd have to say BOTH OF THEM because their clothing line, THE ROW, made a $55,000 backpack with prescription pills sewn onto it and THEY SOLD OUT. #winning

6. Kill, Marry, Shag: Ryan Gosling in The Notebook, Brad Pitt in Legends of the Fall or Leo in Titanic:
Interesting. Hmm. Kill Leo—he works too hard and clearly needs a break. Shag Ryan— preferably in that rainy scene, duh. Marry Brad—he's raising a trans kid and is basically my hero.

7. Favorite moment from the movie Closer:
I mean, OBVIOUSLY that super graphic fight between Clive and Julia about oral sex. They're committing so hard but it's pure camp. Natalie Portman's expert stripper #skillz are a close second, though.


See Zachary Prince (along with Liz Shivener & Mateja Govich) in Mann...And Wife at Feinstein's/54 Below on March 22.