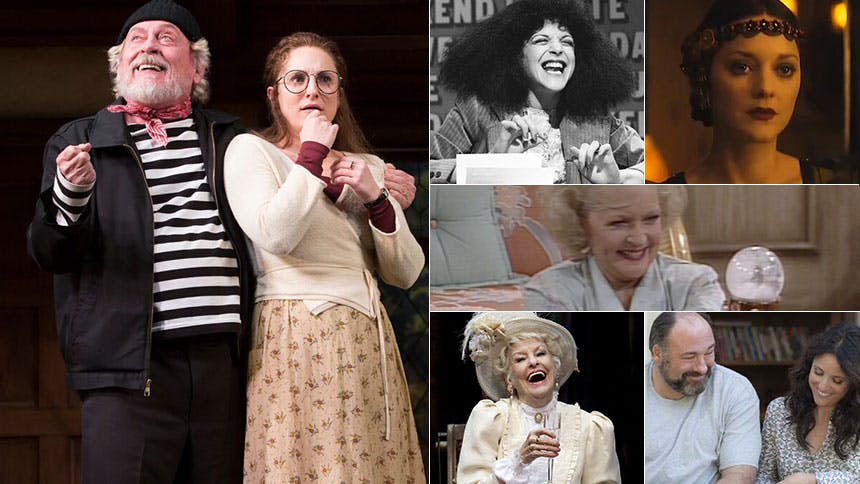 TV and stage actress Tracee Chimo has carved out a career as consistently being the actor you leave the theatre talking about. 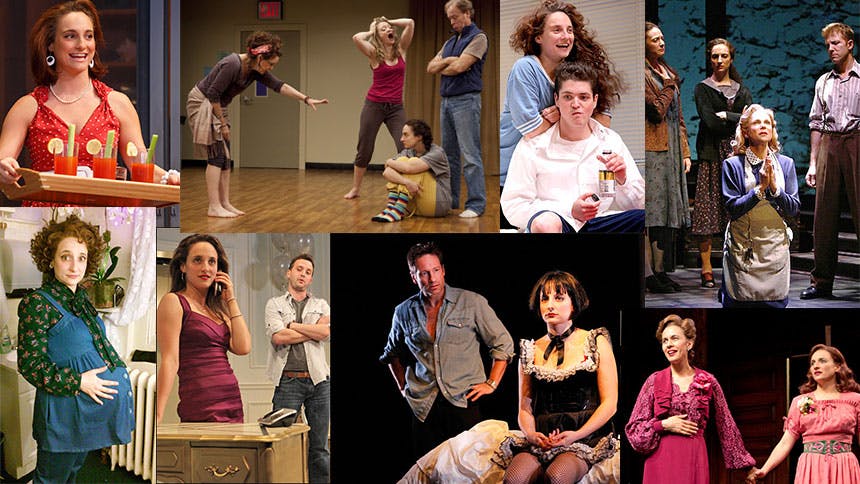 (Pause for the Bad Jews clip that will follow her forever, and is always worth the re-watch.)

Chimo can currently be seen on Broadway as the timid, sympathetic, and unintentionally hilarious stage manager Poppy Norton-Taylor in RTC’s acclaimed revival of the backstage farce Noises Off

So obviously, BroadwayBox was eager to hear from one of our favorite stage comedians about the funny women who inspired her. Read on as Tracee Chimo shares with us her top five comedy influences.

Why: All her characters were this beautiful mix of heart and comedy. I never got the sense that she was ever trying to be "funny". As a result, she was always uniquely hysterical.

My First Introduction to Her: I am a child of the ‘80s and grew up with wildly big, frizzy & uncontrollable hair. When I was about 10 years old they were showing a clip of her characters from SNL on the news. I took one look at her and said, "It's me!". Once I hit my teens, I started watching all her SNL highlights and reading about her work and life. I just thought she was fantastic.

Ultimate Performance: Oof, there's so many. But if I have to pick, I'd say her sketch that she does alone of her character—substitute grade school teacher, Miss Emily Litella. It's GENIUS.

Why: Her timing and delivery are INCREDIBLE.

My First Introduction to Her: Watching The Golden Girls with my Nana.

Why: She's brash and bold and real and unapologetically brilliant. Every time.

My First Introduction to Her: This is going to sound sad because I'm a theater gal. But my first real intro to her was when she played Colleen Donaghy on 30 Rock.

Why: She's very different than most women on Network Television...especially back in the Seinfeld days.

My First Introduction to Her: I started watching Seinfeld back in college because everyone told me I reminded them of her. So I thought I'd check her out. It was quite a compliment! I thought she was so funny on that show.

Ultimate Performance: Veep as well as the indie drama Enough Said opposite James Gandolfini. Her range is quite impressive.

Why: I know most people think of her as a dramatic actress, and she is, but she's also one of the best clowns we have. She's so skilled in comedy (you see this mostly in her French films) and she changes herself physically for each of her roles. I don't mean cosmetically. She will physically alter her body's posture or mannerisms to fit a character. That's the basis for all great clowning. She's a huge inspiration to me. She's truly a well-rounded actress. There's little she can't do.

My First Introduction to Her: Big Fish.


Don't dare miss Tracee Chimo and the rest of the incredible Noises Off gang at the American Airlines Theatre through March 13.

Noises Off
Best Priced Tickets
Newer
Michael Crane & Michael Cumpsty On The Crazy Juggling Act That is The Body of An American
Older
Hot Clip of the Day: Have a Mellow Tuesday with Liam J. Enright's "Hallelujah"