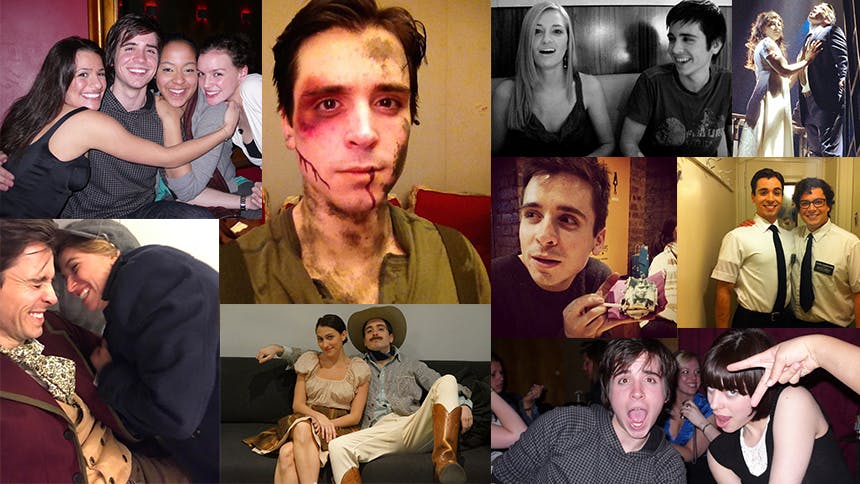 at off-Broadway's Barrow Street Theatre. His soaring "Johanna" is a total highlight of the incredible revival.


Scroll on as Matt shares with BroadwayBox his Broadway scrapbook—filled with fantastic photos that will make you smile and awesome unheard stories from his decade-long stage career.

That's my earliest scene partner, Beth Behrs. I don't exaggerate when I say we've been attached at the hip since our early teens. I'm pretty sure this photo was taken on a break from rehearsal for Cinderella...With A Twist!. The twist was that it had '50s music instead of Rogers and Hammerstein. Yep.

My first professional gig was the summer I got back from London. I was 19 years old, had a horrendous Euro mullet, and starred opposite Anna Chlumsky in a play called The Butcher House Chronicles at The Summer Play Festival in NYC. She'd hate me for saying this, but I was SO excited to make out with Vada from My Girl.

Oh, Spring Awakening. How insanely lucky I was. I landed the gig through an open call. It was my first Broadway job and an experience that changed my life. I was still 19 here. A shame none of these girls went on to be successful. I spent 2 years with that show. Nothing like living out your awkward years on Broadway. 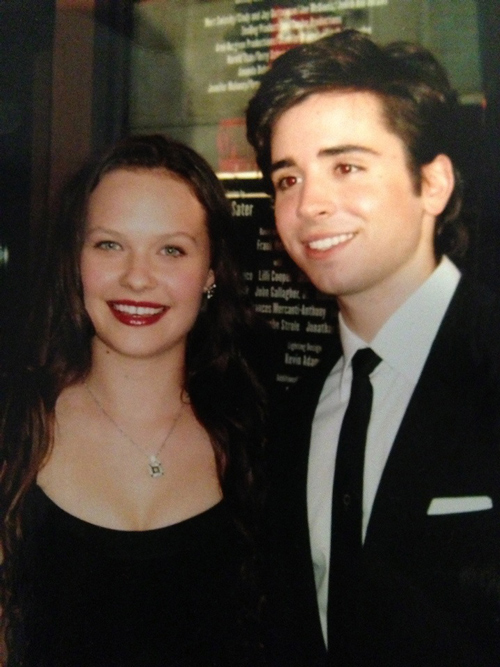 As you can see, Bye, Bye Birdie was a very colorful experience. I got to be my inner insecure clown playing Hugo Peabody. I loved that company.

Danny Quadrino provided these pics because my hard drive from that year is currently making a cracking noise and smoking. So...that's good, right? 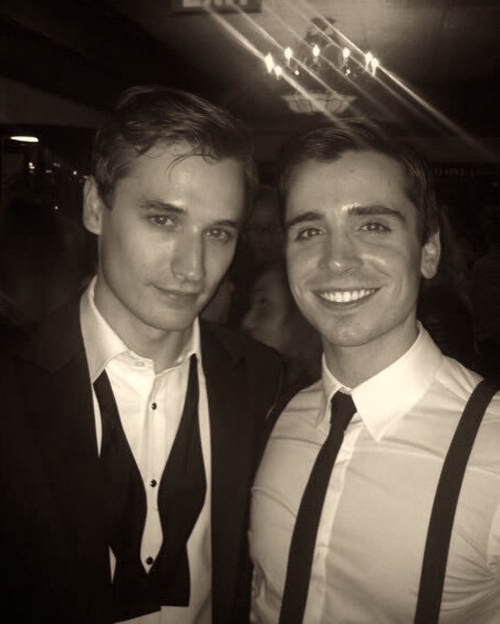 War Horse was an unbelievable experience. I met Seth Numrich working on a film called Private Romeo. We played Romeo and Juliet. As we were working on that, we were cast as cousins in War Horse. So...that was an interesting gear shift. 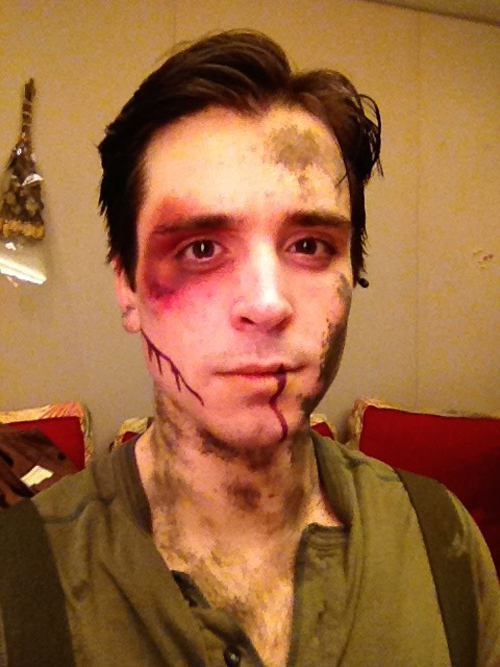 War horse was a true ensemble piece. I miss the gang...It was also the first time I got to wear make up in a show. I REALLY went overboard.

After War Horse, I headed out to Texas to work on the musical Giant. That's where I worked with the brilliant Natalie Cortez for the first time before we did West Side Story together. I got to wear this. You're welcome.

Shortly after, I joined the company of The Book of Mormon as Elder Price. It was an incredible year. I am so grateful for the experience. That company was so special and it was an honor sharing the stage with all of them. This shot is from my first night on with Will Blum as Cunningham. I was smiling through the fear...which was appropriate. 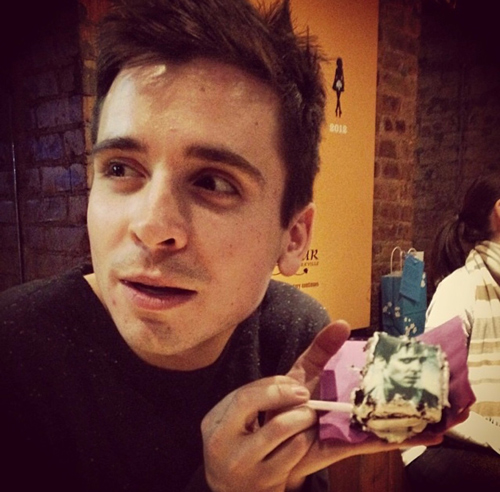 Jasper in Deadland in NYC happened shortly after that! Wonderful little show that found a great deal of success. Proud of that one. There was a rather dramatic image of me that was used for all the promotion. They put it on a cake, so I ate my face.

Brooklynite was one of my favorite experiences. I got to create a lovable goof from the ground up. I was surrounded by ridiculous talent and working with heroes of mine every day. Also Steven Hoggett made me fly. It doesn't get better than that. 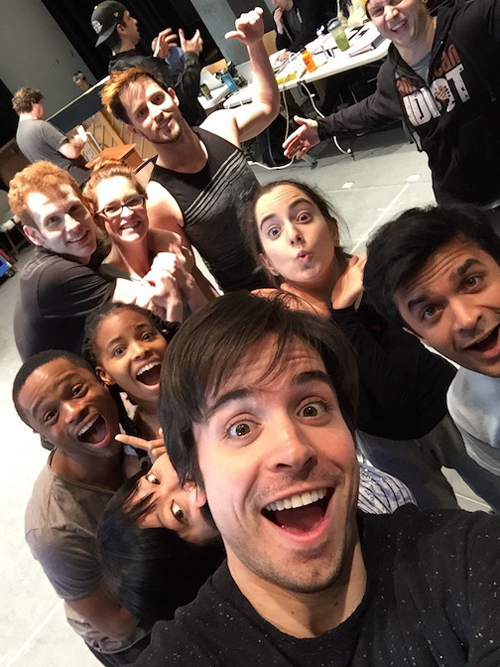 I took a selfie in the show. So every rehearsal and performance was captured in a series of selfies. I miss this group so much.

What's the best way to spend the summer? Doing Grey Gardens with Betty Buckley and this incredible group in the Hamptons at Bay Street Theater. That's the real Jerry right in the middle there! 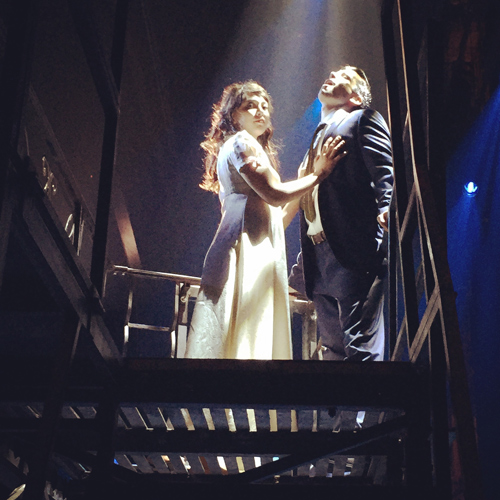 To say I was madly in love with the production of West Side Story I did at Paper Mill Playhouse last summer is an understatement. Things would often get a little weird with Belinda Allyn (Maria) during tech though. 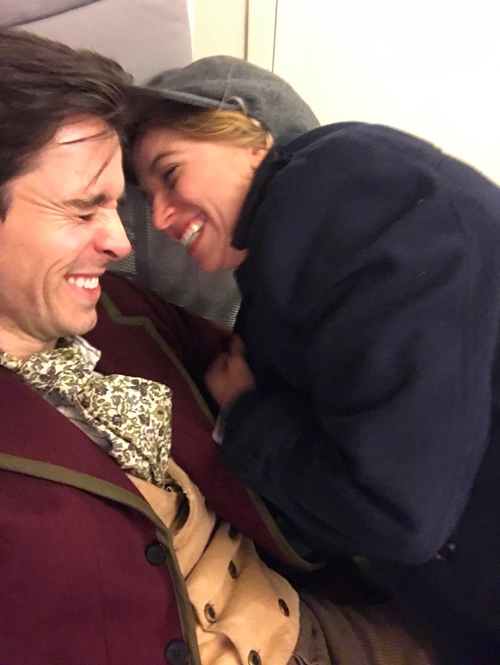 Sweeney Todd marks 10 years in this crazy business for me. It's reminded me why I've stuck around so long. I'm very grateful that New York has been so kind to me. I'm also thrilled to be a part of this absolutely magnificent revival at Barrow Street Theater. Oh...and I'm the luckiest guy in the world because I get to fall in love with this goofball (Alex Finke). She's going to kill me for sending you this picture. Mwahahah.