Sunday Morning, 6 AM: Your Crash Course to Bright Lights, Big City The Musical 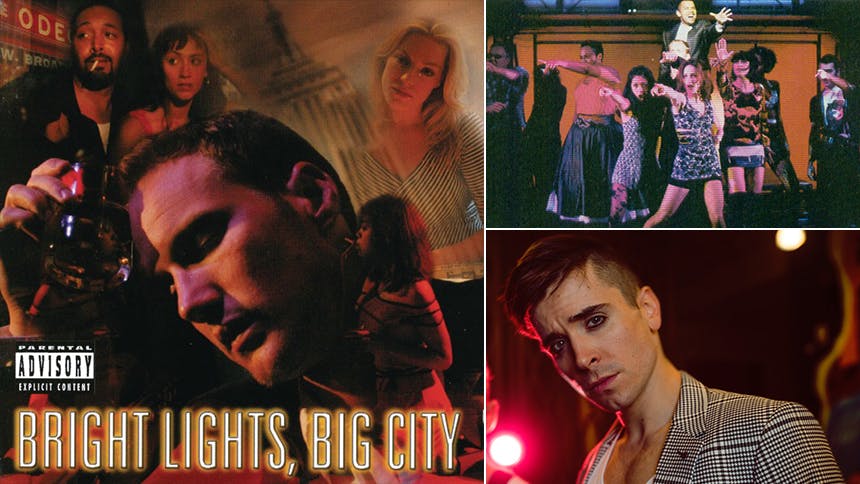 Photo by (Matt Doyle by Caitlin McNaney for Broadway.com)

returns to NYC on February 4 for a one-night-only starry concert celebrating the show’s 20th anniversary. The Feinstein’s/54 Below concert presentation stars Matt Doyle as Jamie, Christy Altomare as Vicky, Julia Murney as Mom, and Taylor Iman Jones as Amanda. Scroll on for your crash course in this cult musical (that desperately needs a properly staged revival somewhere!).

As far as plot goes, the story of Bright Lights, Big City follows Jamie, a 24-year-old aspiring novelist living in 1980s New York City. Jamie and his friends love cocaine, random sex, and livin’ the high life at the swankiest nightclubs in town (it’s more the American Psycho crowd than the Rent bohemians). His wife Amanda has moved to Paris to model, and returns to the city the “it” girl of the MTV scene. Meanwhile, his mother (who would be so disappointed by his life of excess) is dying and he can’t handle it.


Bright Lights, Big City began as a 1984 novel by Jay McInerney and then he adapted it into a film in 1988 starring Michael J Fox as Jamie. 1999, Paul Scott Goodman’s musical adaptation premiered off-Broadway at New York Theatre Workshop. Patrick Wilson starred as Jamie and Goodman appeared and sang as the show’s narrator. In many ways, it was easy to compare this new rock musical to the 1996 hit Rent. The two pieces were both directed by Michael Greif and both began at the famed East Village theatre. But unfortunately, those comparisons to Rent hurt the new musical in its Times review, and the show faded from memory. Then in 2005, Ghostlight Records (then Sh-K-Boom) released a revised all-star recording featuring Patrick Wilson once again as Jamie. Thanks to that recording, the show entered cult musical status, and gained a legion of true fans (me amongst them).

Now here are the five songs you want to download now, grow to love and obsess over, and then lipsync and cheer during at the Bright Lights, Big City concert.

“Brother”—Jamie’s younger brother Michael (sung here by Gavin Creel in all his glory) reaches out to him about seeing their dying mother before it’s too late.


“Odeon” —Taking place at the club that bears its name, this song is a big ensemble celebration of drugs and depravity, and the music actually makes you want to dance. Also, shout out to Jessie L. Martin on this cast recording who takes every song he’s on to the next level.


“Happy Birthday Darling” —So the brilliant Ann Marie Milazzo not only did the vocal arrangements on this show, she co-starred as Jamie’s mother, and this is her incredible first number taking us through Jamie’s childhood birthday by birthday.


“To Model” —IDGAF, this is my favorite song in the show. Amanda (now the hit of the big 1980s NYC model circles) sings an incredible song about feelin’ herself, where she came from, and where she’s going.


“Stay in My Life” —One of the final songs in the show (you may also need the companion piece “Wordfall”) gives major “I’m about to influence Spring Awakening” vibes. It features Jamie, Amanda, and Jamie’s new romantic love interest Vicky (a philosophy major at Princeton U). Get ready for Sherie Rene Scott going from 1:17-1:41.


So that’s all you need to know to appreciate this v. exciting Bright Lights, Big City anniversary concert. Go see it, fall in love with a killer musical you may not know performed by a total dream cast of actors.