Pop the Champagne & Rejoice in the New Gigi Cast Recording 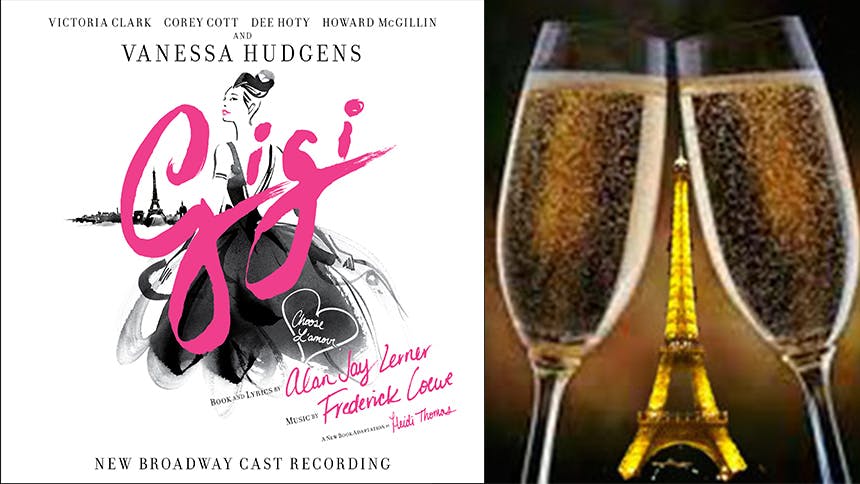 Although Broadway’s Gigi is coming to an end on June 21, the beauty of the Vanessa Hudgens & Corey Cott led revival will live on thanks to a fantastic new cast recording that was just released through DMI Soundtracks. Below, BroadwayBox reacts in animated GIF (all from films with a French setting of course!) as we listen to the classic Lerner and Loewe score for the first time.

Absolutely joyous! Vanessa sounds so sweet in her entrance, and these orchestrations sound so lush.

That was just swell. Love Corey Cott’s inflections; they are necessary for all future sing alongs.

This song is giving me animated Disney princess realness so let’s go with another French Disney princess who breaks boundaries and thinks for herself. (And the GIF movement totally sinks with the song).

Get it Ms. Leigh with those gorgeous 'Poppins' pipes.

7. She Is Not Thinking of Me (Corey Cott)

This song just makes you want to grab the person next to you and start waltzing around the room.

YAS ladies!! This famous ‘Gigi’ song sung by these two pros is everything. Only Audrey twirling around in a gorgeous gown can do its beauty justice.

PERFECTION! Just remain still and let it wash over you as you bash in its beauty, like moonlight.

This was the Tony number as you may recall and the act break in the actual show, and it’s great that the album retains its frenzied euphoria and joy even without seeing Bergasse’s choreography.

Again these orchestrations are everything, and Hudgens is the real deal. She really shines on this album.

Cott’s pronunciation of “papoose” should have been it’s own track. But also Corey Cott should have received so much more play for this performance. He’s stunning; he is full-out star.

This over the top GIF of the original cast of ‘La Cage’ barely scrapes the surface of how fabulous Dee Hoty is in this number. #SlayQueen

Why am I getting emotional every time these two have a duet?

Download your copy of this sweeping, rich cast recording today and just lose yourself in its beauty. I’m imagining moments poolside, at the beach, or a beautiful summer drive.

See the Broadway revival of Gigi at the Neil Simon Theatre before the final performance on June 21.