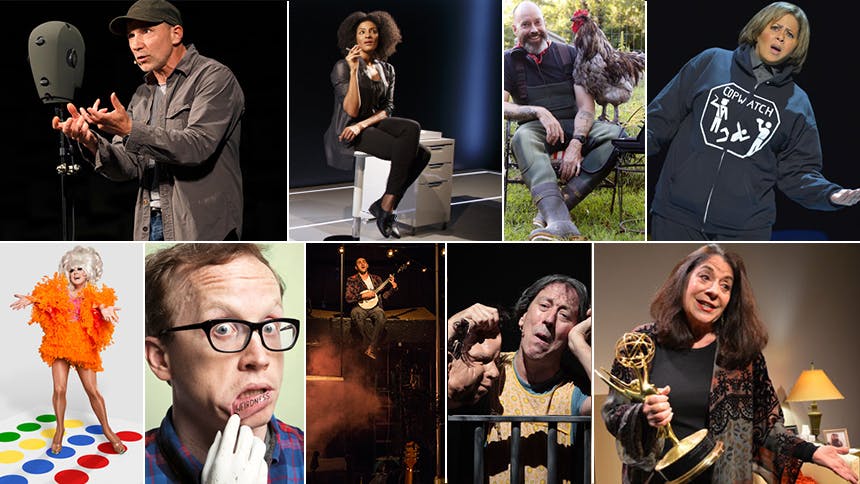 If you love an intimate one-person-show that rocks your world and really makes you examine your life and the world around you, here are the 10 shows you want to see.


If you listen to enough podcasts to have a favorite podcast, this is the show for you. Creator and star Simon McBurney uses groundbreaking aural technology to take audiences on a journey through the remote jungle of Brazil in 1969. It’s a completely singular stage experience, and it really makes you think about the way we communicate and the power technology holds over us. Running through January 8, 2017


Tony Award winner Sarah Jones (who electrified Manhattan with her Broadway play Bridge and Tunnel) is back on the New York stage with her emotional and funny new show based on real-life experiences of people affected by the sex industry. Set in the future, the gripping 90-minute play introduces audiences to several people working in or affected by the sex industry (all brilliantly played by Jones). It will definitely leave you in awe of Jones and in serious contemplation of the subject matter. Running through December 3, 2016

Notes from the Field (Second Stage)


Anna Deavere Smith (who TV audiences beyond love for her time as National Security Advisor Nancy McNally on The West Wing and Gloria Akalitus on Nurse Jackie) has created more than 18 one-person shows based on hundreds of interviews, and the latest focuses on America’s school-to-prison pipeline and a justice system that pushes minors from poor communities out of the classroom and into incarceration. Get ready to really feel things after seeing Anna Deavere Smith tackle this timely topic. Running through December 11, 2016

, an acclaimed comedy in which comedian Chris Gethard opens up about depression, alcoholism, suicide, and finding hope in weird places... like northern New Jersey. Critics and audiences are absolutely loving this painfully honest story that makes you laugh way more than you thought you could or should at this subject matter. Running through January 8, 2016

Not That Jewish (New World Stages)


Emmy Award winner and Golden Globe nominee Monica Piper (AKA the showrunner of Rugrats and a writer on TV’s Roseanne & Mad About You) finds the funny in her failed relationships, her mother’s Alzheimer’s, the adoption of her son, the death of her father, her breast cancer, and nearly banging Mickey Mantle. Running through January 29, 2017 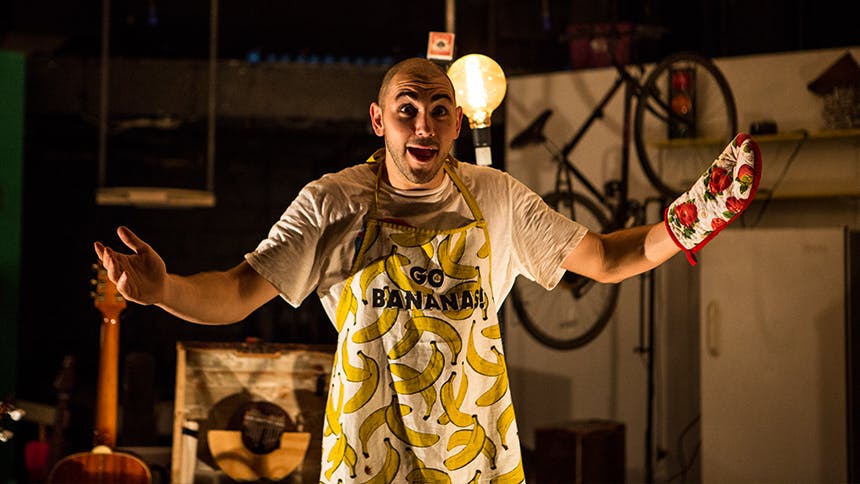 , a new show that was developed over the last five years as Gideon traveled from town to town living in the homes of perfect strangers. After 504 performances in living rooms around the world, Gideon serves Stove Top Folk (a blend of stories, songs, underwater levitation, and the 15 musical instruments he plays) to NYC audiences. Running through December 11, 2016


Thanks to RuPaul’s Drag Race and Tony-winning hits like Kinky Boots, drag culture is more mainstream than ever, which is why if you’ve never seen the legendary, jaw-dropping, laugh-til-you-cry comic queen Lady Bunny live, you should head to the historic Stonewall Inn to see her (and an array of special guests). Lady B leaves audiences in stitches as she performs selections from Rent, Gypsy, Follies, and throws jokes at gender politics, sex, political correctness, Caitlyn Jenner, and more. Running through November 4, 2016 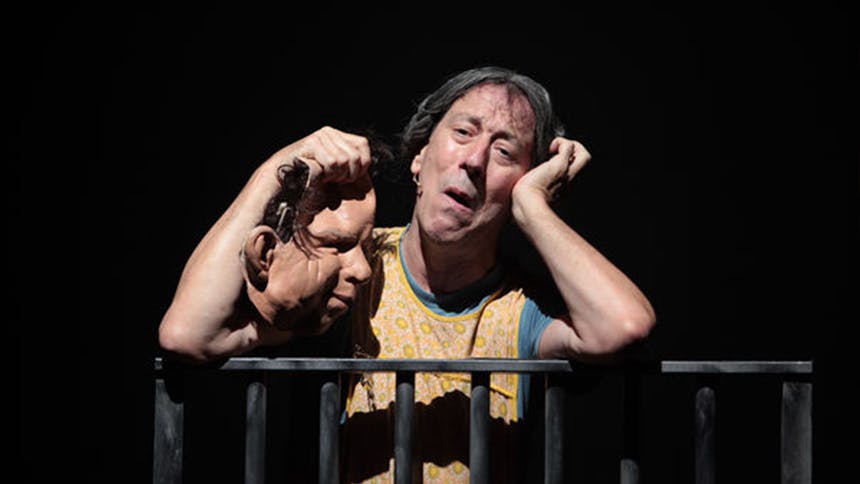 
Groundbreaking artist John Fleck made history in 1990 as one of "The NEA Four", and now the award winner is back in NYC performing 10 characters in a new show inspired by classic horror cinema and Freud’s theories of mind and ego. Buckle up because Feck is serving you a darkly hilarious view of sex, greed and religion. Running through Novermber 19, 2016


Animal lovers will want to check out The Animal Show, Michael Harren's multimedia play that blends humor and candor to convey the importance of keeping all animals safe from harm. Through stories and music from Harren's residency at Tamerlaine Farm Animal Sanctuary, The Animal Show

takes the audience on a ride that inspires them to think differently about relationships with all kinds of animals. Running at Dixon Place through October 29, 2016


Gay dads (or couples thinking about becoming parents) might connect with Mike Albo’s acclaimed and timely comedy that chronicles the year he spent trying to make a baby with his friends, a lesbian couple. Albo comments on the insanity of modern digital dating, the industry of reproducing, the lingering shadow of AIDS for gay men, and what it takes to be a father. Running at Dixon Place through October 29, 2016