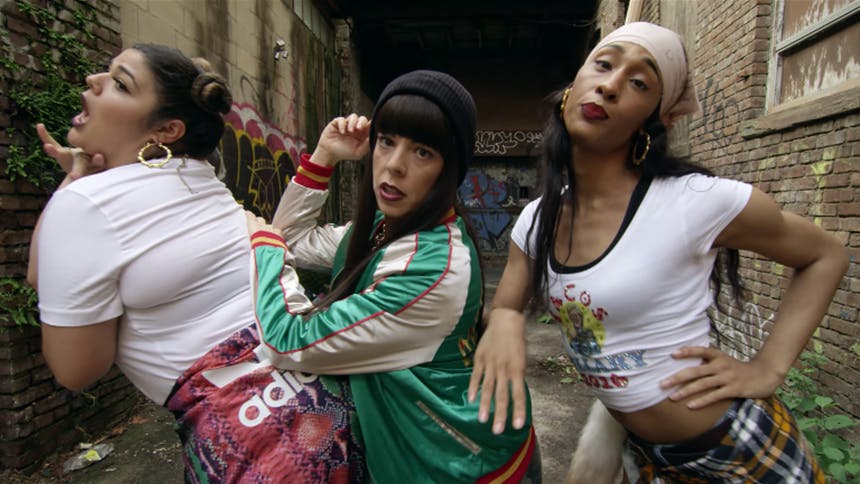 Like Robin Williams in that iconic Mrs. Doubtfire scene, Something Rotten!

Enlisting one of her most colorful creations (Riff-Tina), Kritzer won our 2016 vote with the hilarious, viral video "Tacos for Hillary Clinton 2016", directed by Randy Blair, with Andrew Keenan-Bolger as director of photography, and choreography by MiMi Scardulla.


Watching it, we laughed until we had tears in our eyes, and two things became evident: Leslie Kritzer is a gift, and we need GIFs of so many of these moments