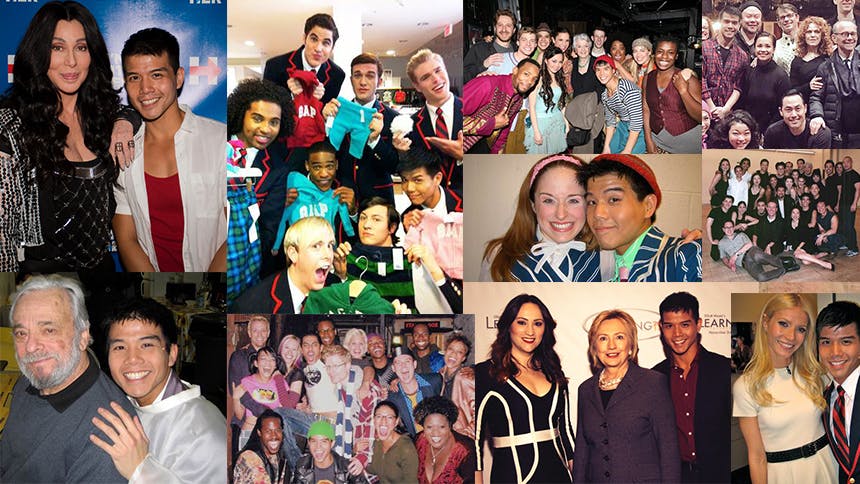 Telly Leung returns to Broadway in a vehicle that really shows off his killer voice, the groundbreaking all a cappella musical In Transit. Leung plays Steven in the contemporary new show that intertwines the lives of eleven New Yorkers. In Transit brings him back to Circle in the Square Theatre, where he previously appeared in Godspell five years ago.


Scroll on as Telly shares with BroadwayBox his Broadway scrapbook—filled with rare backstage photos and cool stories from his stage, TV, and recording career. 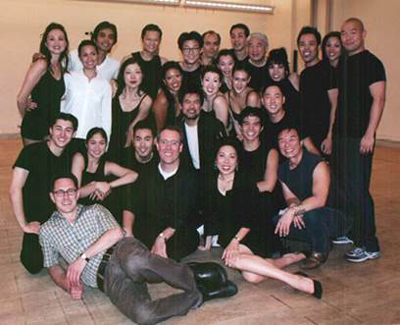 At 890 Broadway! My first Broadway family. 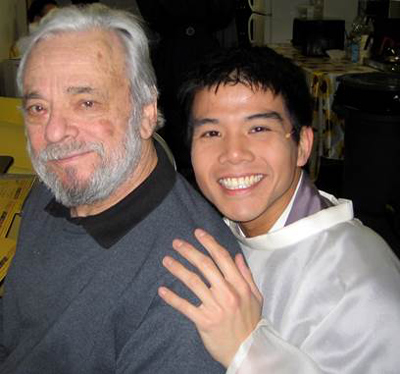 Backstage with Stephen Sondheim at Studio 54. He actually came to see our show quite a bit! Working on a Sondheim show on Broadway was a dream come-true. 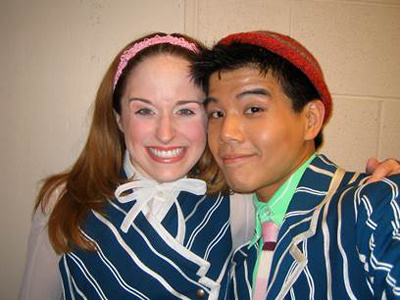 I originated the role of Boq in the Chicago company. Here I am, backstage, with my Nessa, the amazing Heidi Kettenring, one of Chicago's FINEST actors and one of my all-time favorite scene partners.

Rent ( Steve, man with squeegee, a waiter, and others/Angel Schunard), 2006 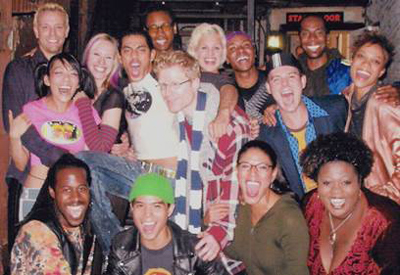 Backstage at RENT, the Nederlander Theater, the night Adam and Anthony came back to the show! RENT turned 20 this year. The RENT family remains VERY close! This pic is on my fridge! 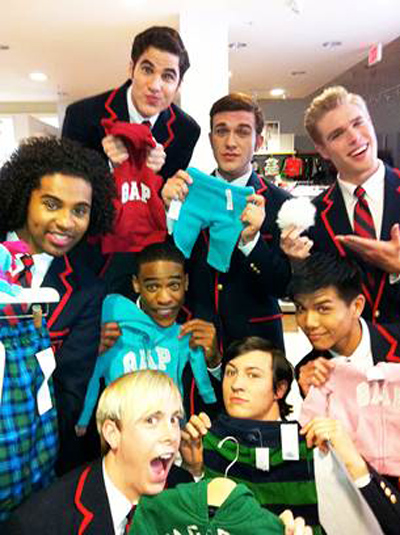 There was one episode of Glee that shot on-location at the GAP at the Grove in LA. We spent MANY hours shooting that number, and decided kill some time between shots by having some photo fun with baby Gap clothes! Love these brothers. 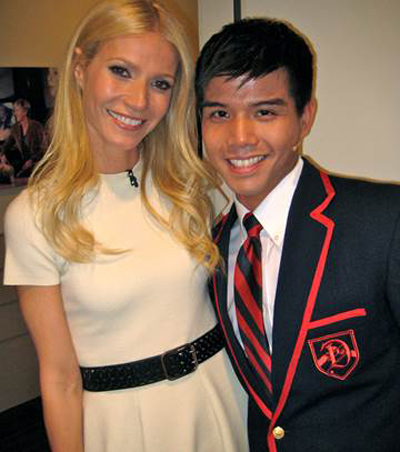 Backstage at Ellen: The Warblers appeared with Darren Criss on The Ellen Show. Gwyneth Paltrow was also a guest that day, and I was shocked when she ran into our green room and was so excited to meet all of us. She was on Glee that season as well, but the boys didn't have any scenes with her! A-list star and also an A-list nice lady! 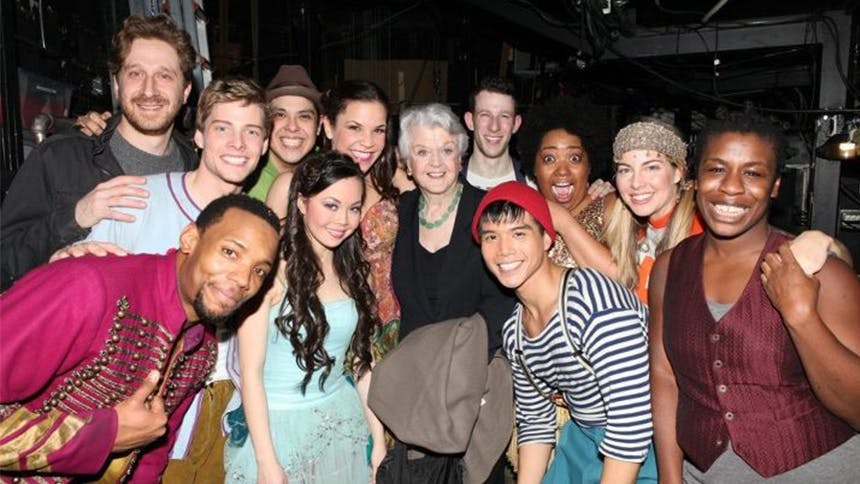 Backstage of Godspell with Angela Lansbury (her brother, Edgar, was a producer of both the original B'way production and the revival). Photo credit: Jeremy Daniel Photography, 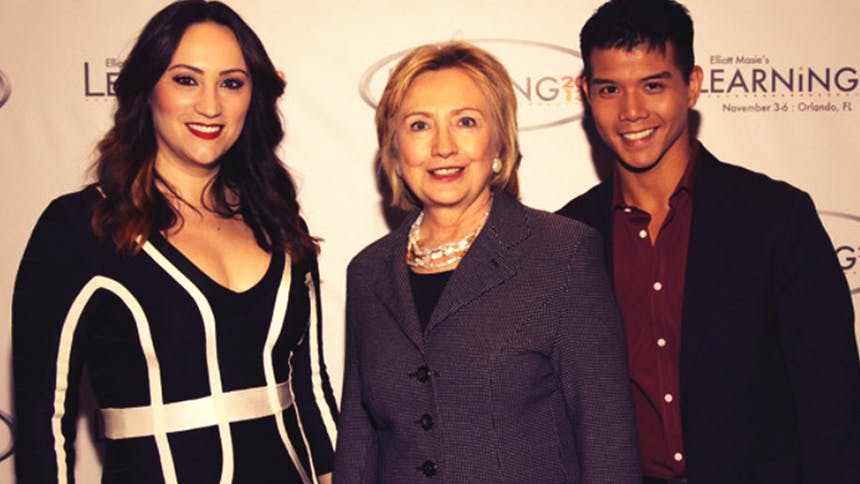 I sometimes produce as well. In 2013, I was asked to produce the music and entertainment at a giant annual conference called "Elliott Masie's LEARNING" down at Disney World. (Elliott is a dear friend, mentor, and a Broadway producer!) I brought some members of the RENT family down to Florida (Marcus Paul James, Adam Pascal, and Eden Espinosa) and we put on a great concert for 1600+ attendees. We also got to perform for that year's key note speaker, Hillary Clinton. Eden and I sang “For Good” for her. 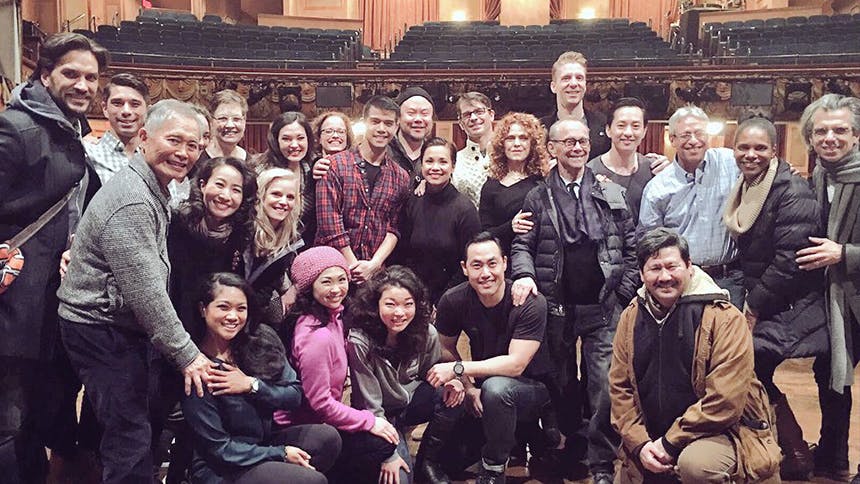 Many amazing people came to see Allegiance—but one night in February we had a tidal wave of Broadway royalty in the house. This picture is a game of "Where's Waldo? —Broadway Edition". Find Bernadette Peters, Audra McDonald & Will Swenson, and Joel Grey! 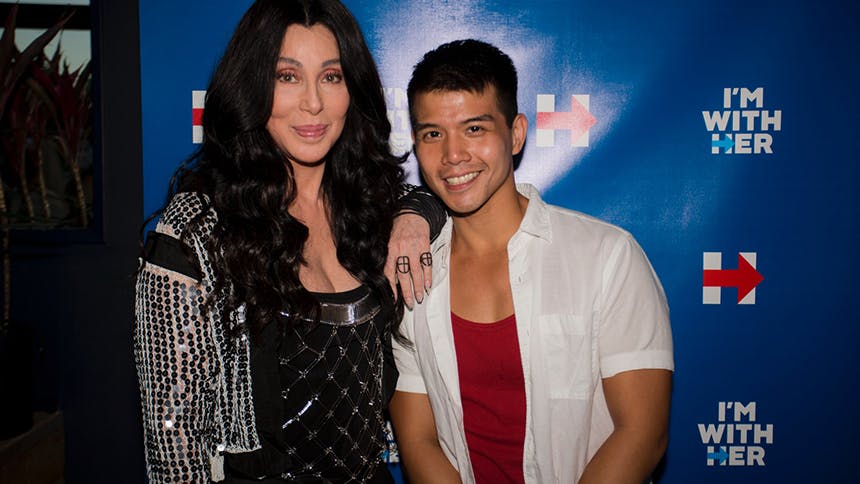 This summer, I sang at a Hillary Clinton fundraiser on Fire Island hosted by...CHER! I sang my album version of "I Am What I Am" before she spoke (so, technically, I opened" for CHER!), at The Pines Club, which used to be Jerry Herman's house! Epic!

Head over to Broadway's Circle in the Square Theatre to see Telly Leung in 'In Transit'.