Hot Clip of the Day: We Recommend The Act's "Arthur in the Afternoon" Starring Liza Minnelli and Roger Minami 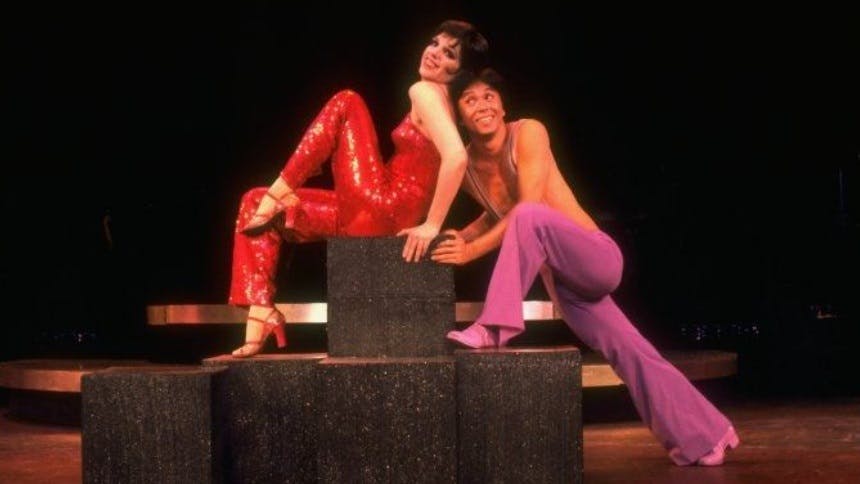 
Ulterior Motives: We will never tire of discussing Liza Minnelli Broadway musicals. The spotlight is shining this October 29th on the 1977 Broadway musical opening night of The Act which Liza starred in around 5 months after the summer release of her Martin Scorsese directed film New York, New York opposite Robert De Niro. For this musical, not only was she reunited with frequent songwriting collaborators John Kander and Fred Ebb but Martin Scorsese also reteamed with Minnelli to garner his sole Broadway directing credit. The Act centers around singer Michelle Craig "at the Hotel Las Vegas - her nightclub act and her memories." During Liza's renowned (and filmed!) 1979 Live In New Orleans concert, she brought along fellow The Act ensemble member Roger Minami to recreate this fun and flirty Kander & Ebb tune.

Ultimate 🙌 🙌 moment: Who knew that suspender choreography would be a topic of discussion? Roger Minami is a heck of a dancer and he and Liza look like they are having a ball. Our ultimate moment would have to be 3:18 - 3:25 with the suspender-ography. The choreography for the song's encore at 5:46. At 6:16, Liza is also serving us a callback to her dance breakdown at the end of Liza with a Z's "I Gotcha."

Newer
15 Ultimate "My Man" Fanny Brice (and Barbra Streisand) Covers In Honor of Ms. Brice's Birthday!
Older
Hot Clip of the Day: "Thank U, Next" Up, Summer's Storm Lever Dazzles on Ariana Grande Hit
Sign up for BroadwayBox Discount Alerts