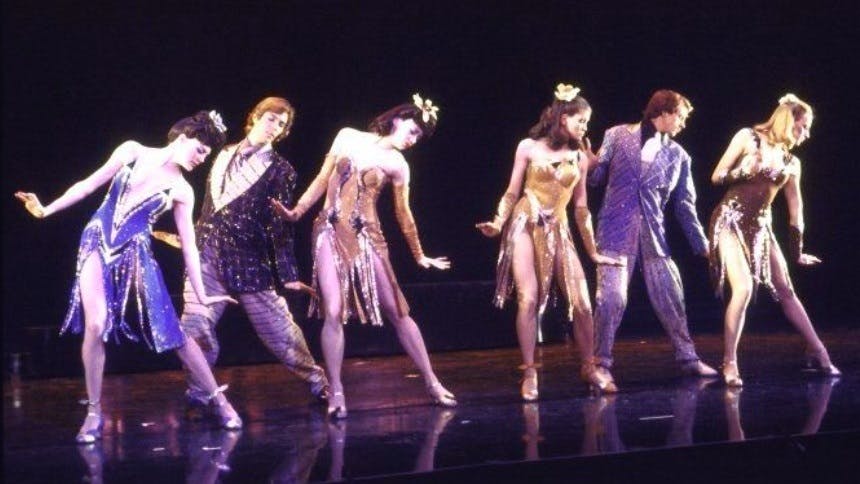 
Ulterior Motives: Over the weekend, the Broadway community lost a beloved singer, actress, dancer, choreographer, director and icon - Ann Reinking. Only last month we published a sequel to our original article highlighting Ann's extraordinary body of work on stage, film and television. She played Grace in the Annie film adaptation but in her dancing she was grace personified. A muse and partner of Bob Fosse's, Ann was dedicated to carrying on his legacy lending her choreography expertise to the Encores! and eventual Tony Award winning Broadway revival of 1975's Chicago. A few years later while collaborating with Richard Maltby, Jr. and Chet Walker, she worked as co-director and choreographer of Fosse a Tony and Olivier Award winning dance extravaganza spanning Bob Fosse's legendary decades long career.

For our Hot Clip of the Day, we look to the future and the legacy of her own performances. Last year, we attended a Lincoln Center Out Of Doors screening of the Emmy Award winning Liza With A Z which had been directed and choreographed by Bob Fosse in 1972 (part of his triple crown win - Tony Awards for Broadway's Pippin and an Oscar for the Cabaret film ). As part of the pre-show, the Verdon/Fosse Legacy worked with students of Fiorello H. LaGuardia High School of Music & Art and Performing Arts to recreate the entirety of Fosse's "Sing, Sing, Sing." To see these up and coming dancers over four decades later dancing Bob Fosse's distinct choreo with help by the Verdon Fosse reconstructeurs - it was very inspiring. To see Ann's high kicking Trumpet Solo performed by a dancer starting her own career in the heart of New York City was thrilling.

Ultimate 🙌 🙌 moment: In the massive full company dance number "Sing, Sing, Sing" which appeared in both Bob Fosse's Dancin' and recreated for Fosse, there were four solos. The trombone solo featured an acrobatic trio, the ferocious trumpet solo that Ann Reinking originated, the company gathering for the clarinet solo and a tap duet for the piano solo. It's the company's clarinet solo at 9:48 here that is our ultimate moment. The entire number is danced to perfection but it's this quieter moment where each dancer is interpreting Fosse's unmistakable vocabulary before the number explodes with energy once again. We are living for the turns into a circle at 10:22.

Newer
Hot Clip of the Day: How Many Times Have You Watched Caissie Levy's Frozen "Let It Go" from The Tony Awards? Push Play Again!
Older
This Diva Needs Her Stage! 10 Thrilling Vanessa Hudgens Perfs For The Triple Threat's Birthday!