Sunday in the Park with George Is Back! Here’s the Definitive “Finishing the Hat” YouTube Countdown 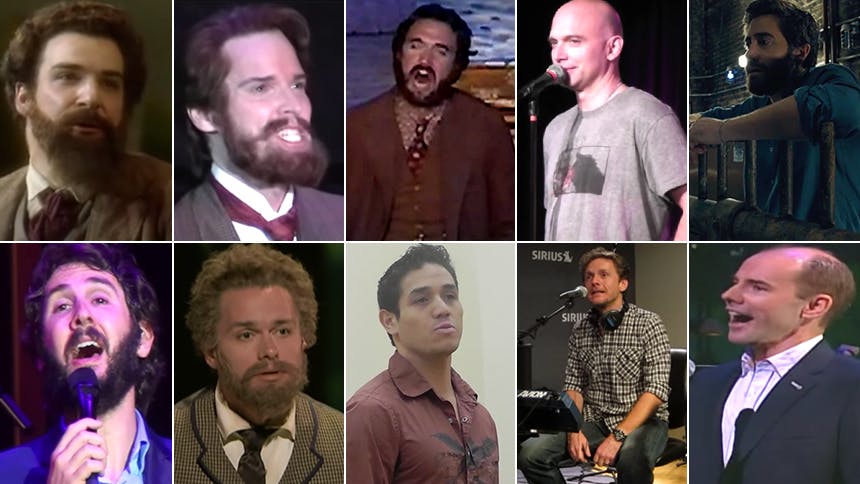 back to Broadway on February 11 in a new revival starring Oscar nominee Jake Gyllenhaal as George and Tony winner Annaleigh Ashford as Dot. In anticipation, Gyllenhaal posted a beautiful video of him performing Sondheim’s soul-crusher “Finishing the Hat” at the new Hudson Theatre.

The video then inspired a whole big YouTube spiral of Sunday. So after hours of trolling the Tube, BroadwayBox presents a ranking of 16 other performances of the beloved tune.


It was beautiful, but I can’t say I was incredibly moved…but beautiful for sure!


The West End star took Paris by storm with his performance and it’s clear why. Though it feels a touch too operatic for me.


You better slay, Stokes, with those rich tones. I’d love to have seen him play George in a full production.


I’ve never wanted a video so badly. The audio is gorgeous and moving, but I want to see Quast’s face, ‘cause you know it was a damn good performance. #BestJavertEver


The crazy thing about this video is it’s from what looks like a recital at school, and yet it’s incredible. He has such a full voice. Really nice.


I really enjoyed this Australian star’s interpretation. There are some really great line readings here.


The thing about Tony winner Betty Buckley is she delivers all the big notes you need and want (beginning at 2:15).


There’s a real power and authority in this West End star’s performance that works for a concert presentation like this. Really nice.


Adam Jacobs sounds so good—it reminded me how much I loved his Marius. Let’s get that voice on a classic score ASAP. Just magnificent.


Broadway’s most recent George Seurat really was spectacular. He was so in the moment, and sounded so beautiful. (I just wish this video wasn’t so jumpy!)


If you want soaring vocals, look no further. I saw his George live and those vocals are lit AF. And he’s giving a FULL performance at Sirius XM.


Yes, it’s a bootleg but the other option is not to include the brilliant Raul. There is so much passion here. It’s illuminating.


There’s such pain in the early part of his performance that I was immediately all in. He sounds like an angel—there’s a delicacy to it all without ever losing the power.


Good god, Michael. The acting here. So many layers, so many colors. I’m heartbroken. (Also it sits so well in his voice.)


Who could deny Mandel Bruce Patinkin top spot on this countdown?! Not me. Not today; not ever. His is the voice and performance from which all other Georges are measured.