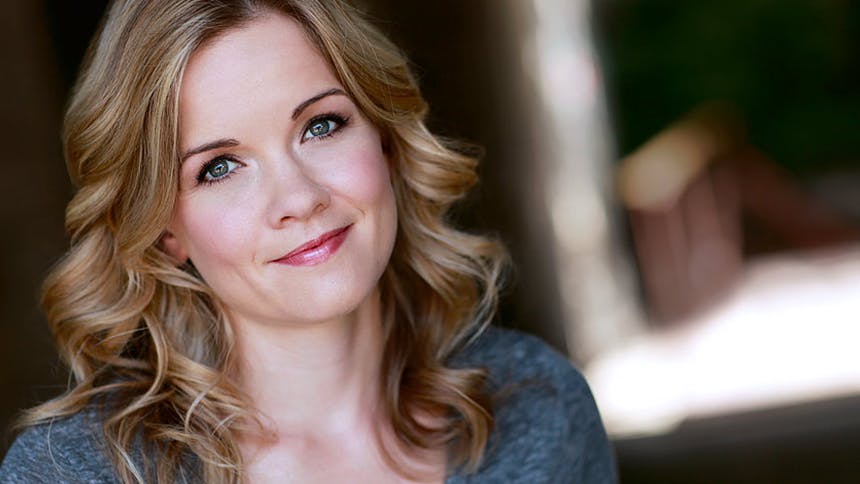 . BroadwayBox caught up with the former Elle Woods to talk about playing the divisive Patty, touring with her daughter, and her experience directing and teaching the next generation.

1. What do you like and admire about School of Rock’s seemingly hard to like Patty?
Yeah, Patty isn't much of a rainbows and unicorns kind of gal! Ha! But every show needs a bad guy and her uptight and pushy attitude makes you root for Dewey even more, so I enjoy fueling that fire. Patty is strong and smart and very put together so that is admirable but this show is not about her story...it is Dewey's and the kids' story and I'm happy to be a part of that!

2. What’s your “actor’s nightmare”? Do you have a recurring dream about Peter Pan, Hairspray, Legally Blonde or Beautiful?
I don't have a recurring dream but I did have a doozey of a dream right before starting rehearsals for Beautiful last year. I dreamt I was trailing the Cynthia on Broadway and, without any actual rehearsals, was being put on the next night. I couldn't seem to get anyone to believe I hadn't actually started rehearsals for the tour yet so I didn't know the role! I was very relieved to wake up from that one!

3. As a teacher, what’s the most important thing you try to impart on your students about a career in the arts?
I try to remind students that there is nobody in this world who is just like them so to try not to copy anyone just "be your best you." Also I try to remind them that there are so many different definitions of success and to never ever stop learning and growing...and also that being a well-rounded human being makes you a better actor so live your life to the fullest!

4. What’s the coolest or most special thing you’ve kept from a production you’ve been in?
I think the coolest thing for me is that I have little pieces from each show...a t-shirt, a Broadway show league jersey, a pair of shoes, a piece of jewelry...the collection of memories means the most.

5. What was it like touring with your family during Beautiful? What did your daughter like about going to all the cities? Did you have a ritual in each new place?
We had an awesome year! We called it the Big Adventure and it was definitely that! We went to every children's museum, zoo, science center, the beach, the mountains...it was just so cool to do it all as a family and my daughter loved it so much. We didn't have any major rituals in each place, mostly just the set up the first day in a new place to make sure things felt comfy cozy.