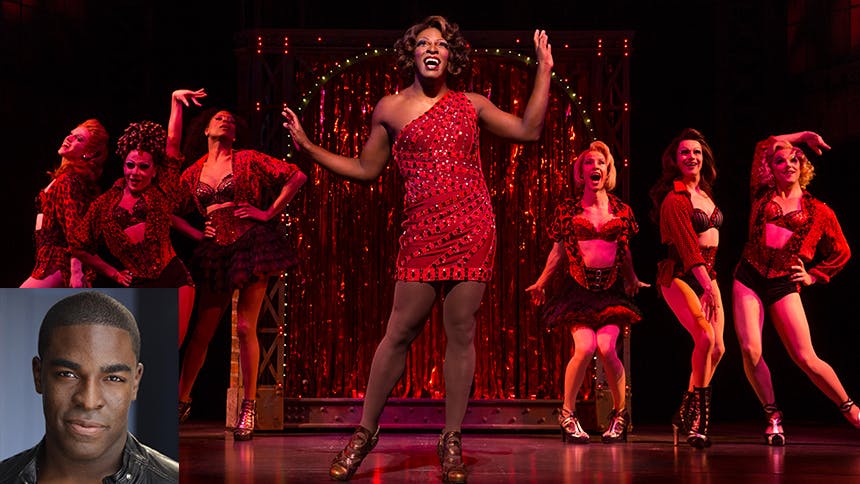 The Tony-winning musical Kinky Boots is so fresh right now thanks to star-turns by new leads (and original cast members) Andy Kelso and Kyle Taylor Parker. We’ve already gushed all about Parker’s too-fierce-for-words Lola, so below we talk to the man himself about the divas who inspire him, what he’s like outside of the theatre and why this show is so important to so many.

1. I want to hear about your pre-show process. What do you listen to? At what moment does Kyle disappear and Lola take over?
My dressing room is a really, really fun place. I have a whole glam squad, and as I make the transformation process, I typically listen to Gladys Knight, Aretha Franklin, Fantasia, Beyoncé—any big, powerful diva that represents something for me. I have a passion for soul and jazz, so some days I listen to Luther Vandross. I know Whitney was really important to Billy [Porter] but Gladys Knight and Aretha really say something to me. The moment I disappear into Lola is when the face is done and I put that wig on. No matter what Kyle was feeling or who Kyle was, it just disappears and you’re perfectly Lola.

2. What's the most powerful or memorable thing you’ve heard at the stage door after a performance of Kinky Boots?
My favorite, and the most moving, experience I have at the stage door is when I meet a young black gay man who says, ‘You've given me hope. Things I thought were impossible are possible now.’ In San Diego, someone wrote me a letter that I have framed saying he loves musical theatre and Broadway, but until Kinky Boots he just thought he would have a small part in that or that it wouldn't even happen; but seeing someone’s dreams come true —like me—and they didn't have to sacrifice who they are encouraged him to keep going. And I remember when I was that kid. I still am that kid!

3. Let's leave Lola and Kinky behind. What’s Kyle like at home? What’s on your DVR that you can’t wait to get to?
I have a growing collection of vinyl records I like to play and I’m trying to learn how to cook. It’s kind of like a science project but Rachael Ray is my best friend—I’ve done three of her recipes. And I’m really big into art, so I have an art collection that's slowly growing as well. My DVR shows are How to Get Away with Murder, Scandal and Looking.

4. What’s the greatest lesson you’ve learned about yourself or humanity from your time living abroad?
We can always afford to be a bit more kind; there’s no limit to kindness.

5. What would Lola's tagline be if she were one of the Real Housewives?
It’s showtime, honey!