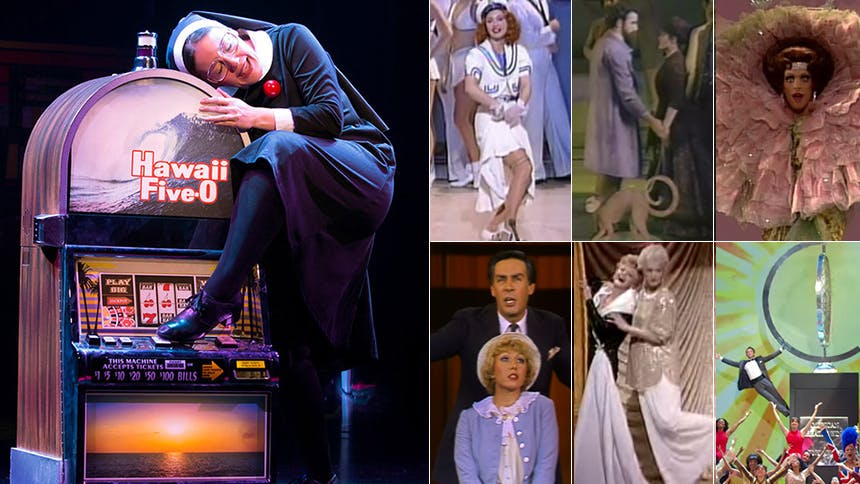 As Disaster! enters its final weekend of performances at Broadway's Nederlander Theatre, BroadwayBox asked Simard to kick off this year’s Ultimate Tony Awards Numbers Series with her 10 favorite clips.


I'm obsessed with Dorothy and her guttural, full throttle, in-the-round echo "easy-easy street" towards the end of the number. The execution of the angular, pedestrian choreography and human desire for more is, in her hands, so passionately base and is perfection.


I distinctly remember watching this with my mom and the two of us applauding the inclusiveness of Broadway and the message it sent to America on national television. Boom, America. Boom.


I love the complete lack of cynicism and pure love for the institution of Broadway. Made me want to be here.

5. Bernadette Peters/Mandy Patinkin & Co, "Sunday" from Sunday In The Park With George, 1984


I distinctly remember thinking, 1) Goddamn, Patti LuPone can dance! and 2) That voice. It is singular, original and unparalleled in its uniqueness, and she is unquestionably and 100% a commanding STAR!


The Pathos. The pain. You see it physically in her body, like dance. Her use of that BREATH before the last note, purposefully audible to convey the raw emotion. Yes. Thank you.


Stop it. The single greatest opening number ever. Brava. Bravo. You win. Stop it.


Truly my favorite. A Tony Award-winning performance from a unique and groundbreaking talent: Michael Jeter is flying. Ladies & Gentlemen. He. Is. Flying.

Get over to the Nederlander Theatre by Sunday, May 8 to see Jennifer Simard's Tony-nominated Sister Mary in 'Disaster!'