20 Quotes You Need to Read From the #WomenofBroadway Panels 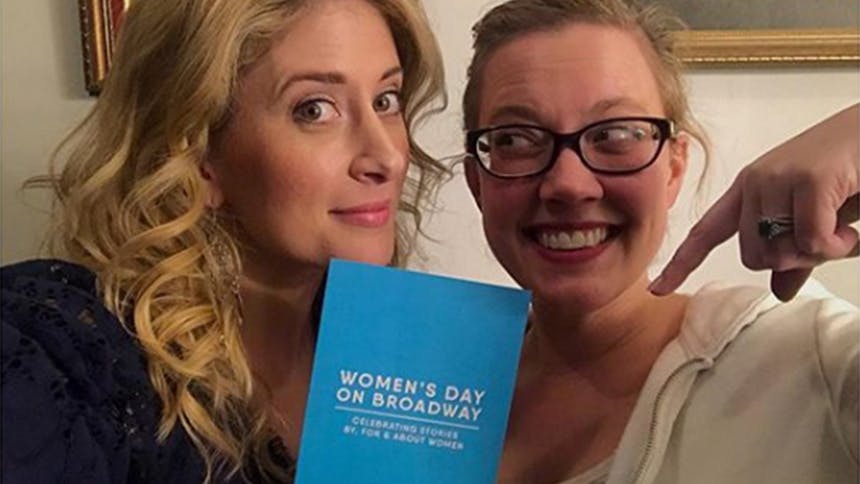 Disney Theatrical, Frozen and The Actors Fund presented "Women’s Day on Broadway: Celebrating Stories By, For & About Women,” a free, day-long series of panels featuring some of the most powerful and exceptional women working on Broadway. The event took place at the St. James Theatre on Monday, March 12, and below are some quotes from the different panelists that should seen, shared, and committed to memory.

"I'm a director. Not a female director. A director. But I’m also female."


“When we have the pen, we are not the wife or the sister — we are the center of the story.” — @ReneeGoldsberry at #WomenOfBroadway


“The primary obstacle keeping women from getting their plays on stage is childcare. From 25 to 40 is when society expects women to raise children...for free.” -Marsha Norman, playwright, Women on Broadway panel. #WomenOfBroadway


“I don’t know anyone who works harder than a woman who’s just had a baby and is juggling everything.” - Nancy Coyne of @SerinoCoyne #WomenOfBroadway


“We cannot keep women in the hamster wheel of apprenticeship or assistantship.” - Jeanine Tesori, composer/writer, Women on Broadway panel #WomenOfBroadway


"Listening becomes the most important thing you do" says the legendary @Chita_Rivera about being a leading lady.#WomenofBroadway


“How do we not become men — how do we become more powerful women?” Jeanine Tesori on hanging onto self while succeeding #WomenOfBroadway


A Chorus Line's Baayork Lee at #womenofbroadway: "Mentorship is really important" // I learned this a long time ago and now give back after so many helped me.


“It’s really important for children to see a reflection of themselves onstage because it helps them to say I can be there. I can do that.” @baayorklee #WomenOfBroadway #Empowerment #inclusionmatters


“Get rid of those notions that you’re here to make people happy and be what they want you to be.” - @Daryl_Roth #WomenOfBroadway


"If someone thinks you're a bitch, they'll come into the room a little scared. And you can ride that." - Tina Fey, on using negative gender tropes to your advantage. #womenofbroadway #MeanGirls pic.twitter.com/7Tq0IJwLjj


“At The Public, we are looking at how we make a change in the American theater. Not only how do we move The Public forward, but also how do we move the theater forward?" - Mandy Hackett #WomenOfBroadway


"I don't see men in the room being worried about being called a bitch very often." -@Lyrikris10 #WomenofBroadway


“I have found I can’t be powerful without someone accusing me of being at ‘that time of the month,’ being hysterical, or being called a bitch.” — #SoniaFriedman, producer #WomenOfBroadway pic.twitter.com/RWkx9B10UE


“They showed a photo of the producers’ league on Broadway and it looked like the Republican National Convention.” — @sherierenescott at #WomenOfBroadway


“What I love about theater is that there is always an opportunity to break something open the way it’s never been before.” -@DianePaulus #WomenOfBroadway