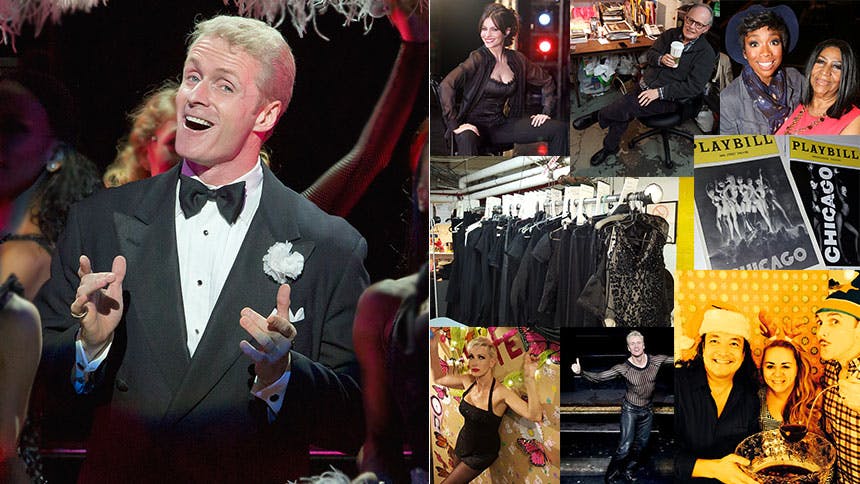 As the Tony-winning, record-breaking musical Chicago

heads into its 20th year on Broadway, BroadwayBox enlists the aid of longtime Fred Casely and occasional Billy Flynn, Brian O'Brien, to uncover the show's secrets and tell us 10 things fans don't know about life backstage at the Ambassador Theatre. 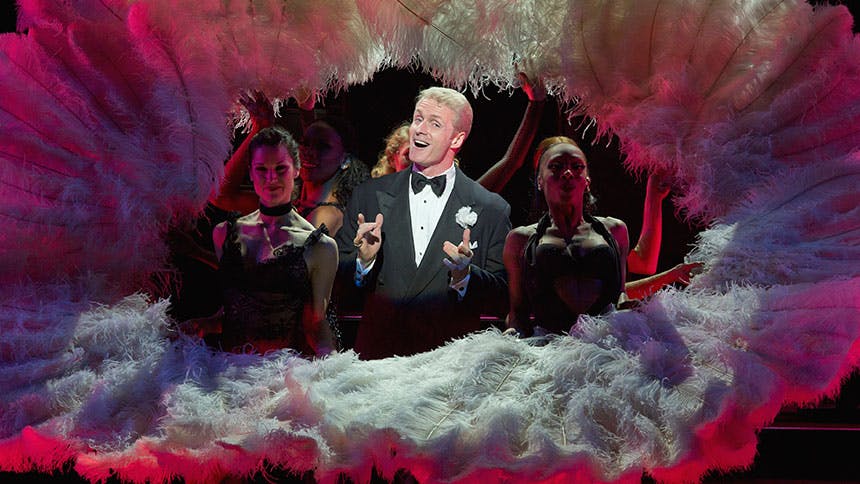 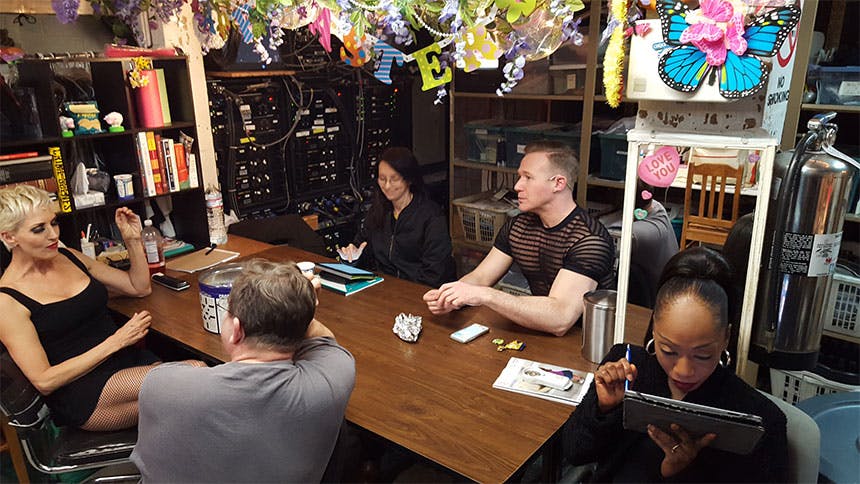 In the basement of the Ambassador Theatre there is a simple folding table surrounded by chairs. Its main purpose is to serve the needs of the Wardrobe Department, yet when their work is complete it becomes the heart of social life at Chicago. From birthday wishes to “Happy Trails,” anniversaries to “Bagel Sundays,” watching Dancing with the Stars or Presidential debates—everyone associated with the show at the Ambassador has sat at that table.

2. THE LEADER OF THE PACK 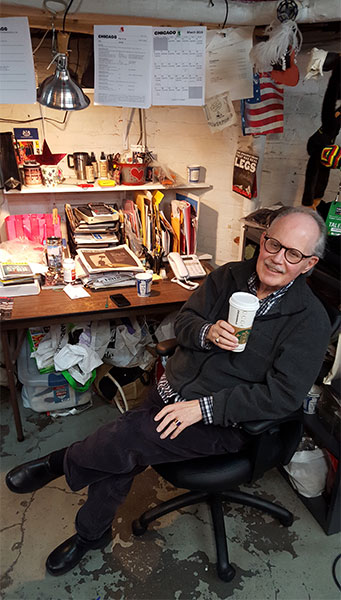 Our wardrobe supervisor, Kevin Woodworth, has his desk out in an open area of the basement, which can spontaneously become our Green Room. While managing costumes for Broadway, National, and International companies of Chicago, he always has time to greet cast, crew, musicians, ushers, and others on a first name basis. His Iowan charm inspires friendly conversations, and, having been associated with the show since the early days, he’s a wealth of archival information. 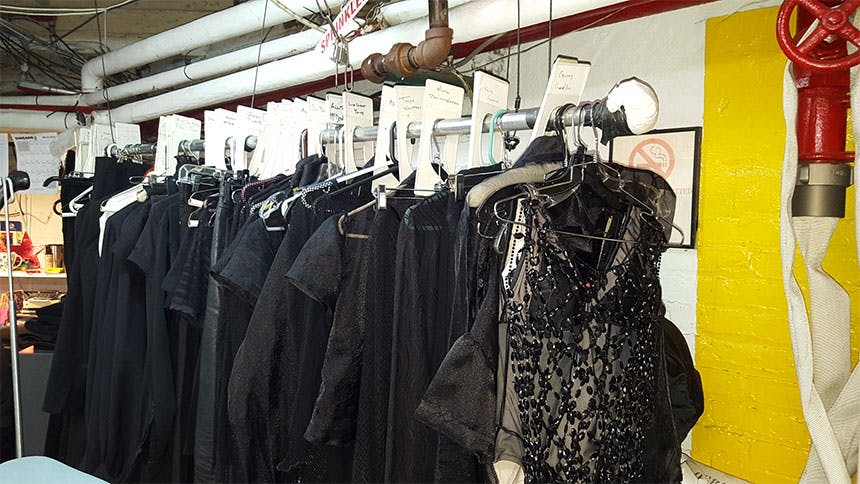 With the exception of a few costume changes made by Roxie and Velma, everyone at Chicago wears only one costume. The entire costume plot of the iconic, seductive and slinky designs by William Ivey Long can fit on one clothing rack. 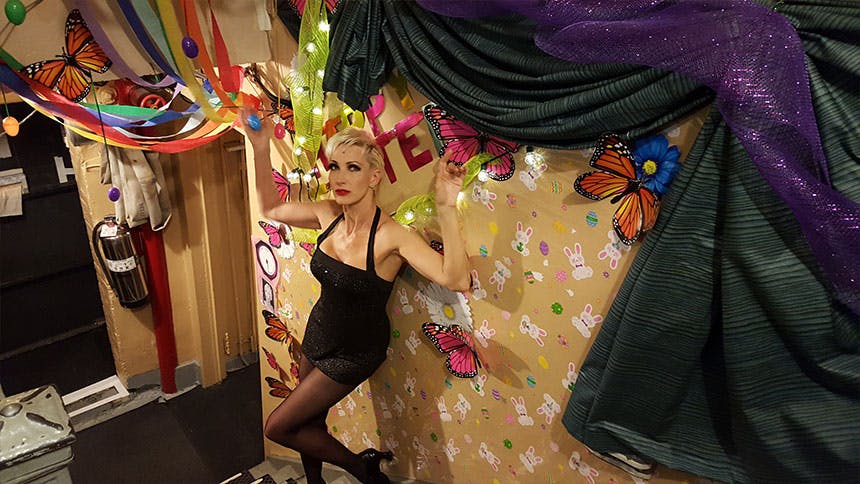 To keep things festive backstage during the various seasons and holidays we decorate the common areas in both the wardrobe room and the stair hall leading up to the dressing rooms. There is a spirit of competition in creating these displays and all are encouraged to participate. 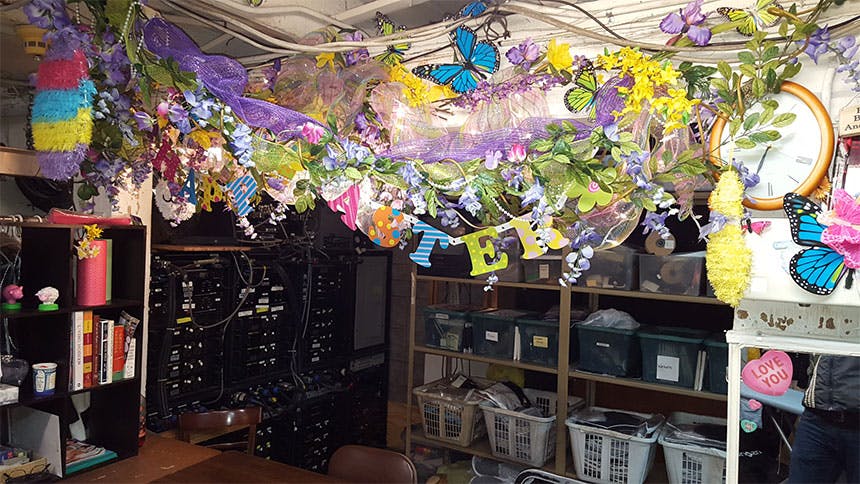 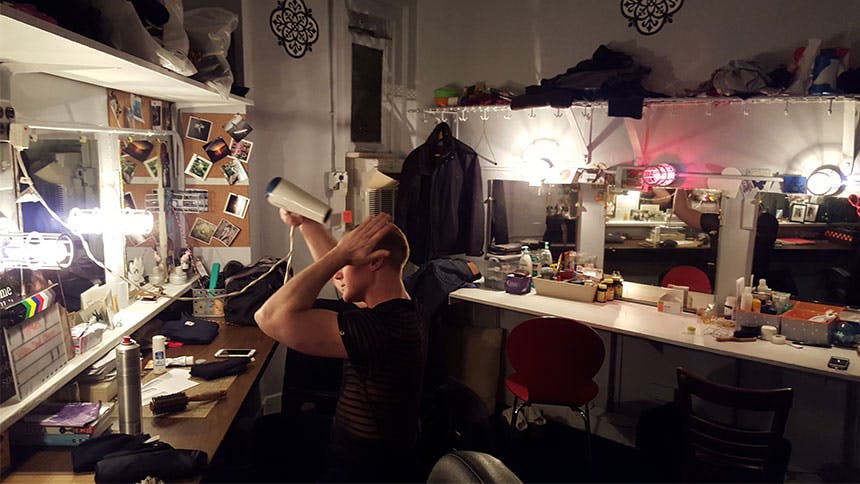 Our wings and all the dressing rooms are triangular in shape. To quote the Shubert Organization website, “The plot of land for the Ambassador required that the auditorium be placed diagonally on its relatively small lot. This resulted in a lack of stage-wing space, and a uniquely shaped hexagonal auditorium.”

6. ALL HANDS ON DECK 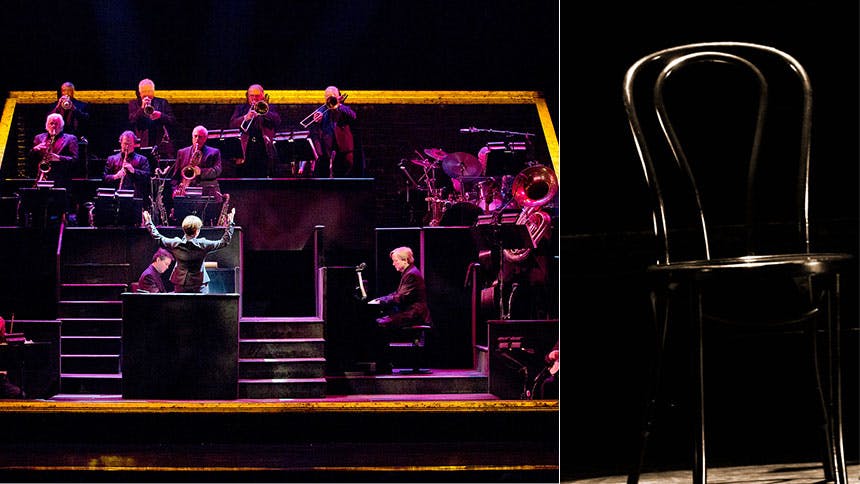 The staging of Chicago requires the actors to remain on stage in chairs that line both sides of the playing area. This is to signify that we are trapped observing the theatrical event of a court case. Our orchestra is also onstage in a larger than life jury box designed by John Lee Beatty. 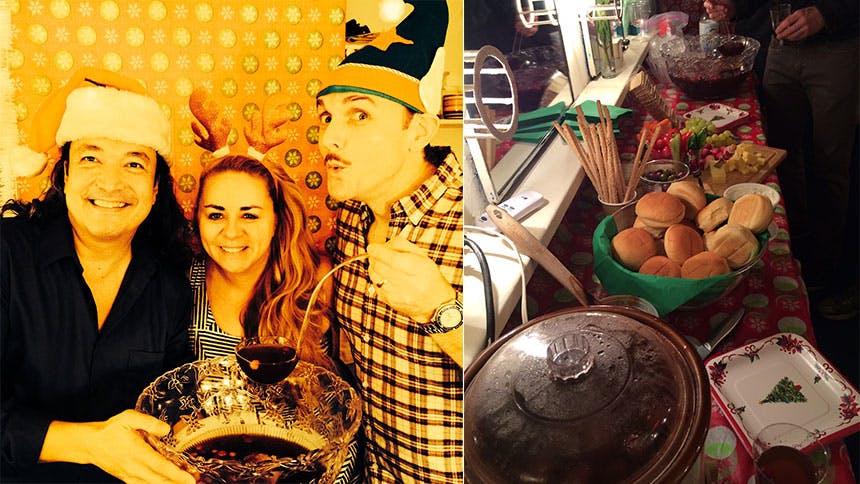 The company of Chicago has been gathering to celebrate special occasions in the “Billy Flynn” dressing room all the way back to our Shubert Theatre days. Thus BILLY BAR was formed. It is often overseen by “Billy Flynn” dresser Jo-Ann Bethel and catered by company chefs and stage managers, Mahlon Kruse and Anne McPherson. 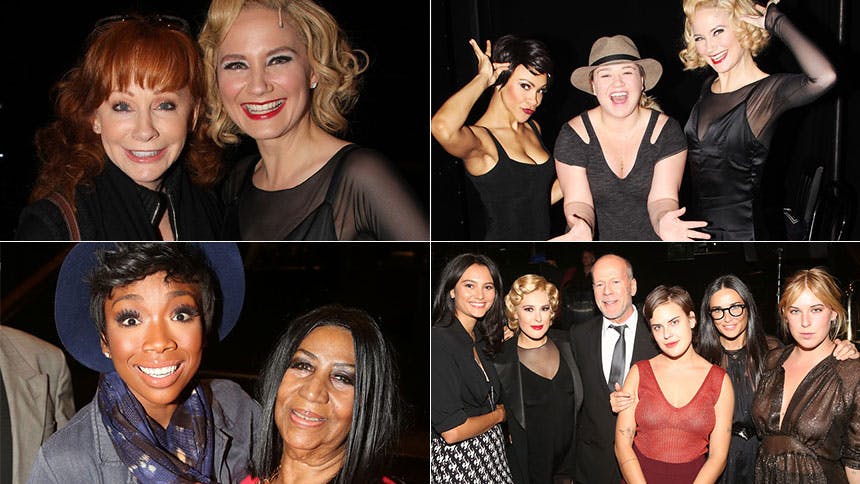 Chicago is notorious for casting stars from Broadway, Film, TV, and even the NFL. Each brings a fresh and exciting approach to life backstage as well as the support of their famous friends and family. In the past year we were cheered on by Reba McEntire and Kelly Clarkson visiting Jennifer Nettles, Aretha Franklin and Dionne Warwick visiting Brandy, and Bruce Willis and Demi Moore supporting their daughter Rumer Willis. 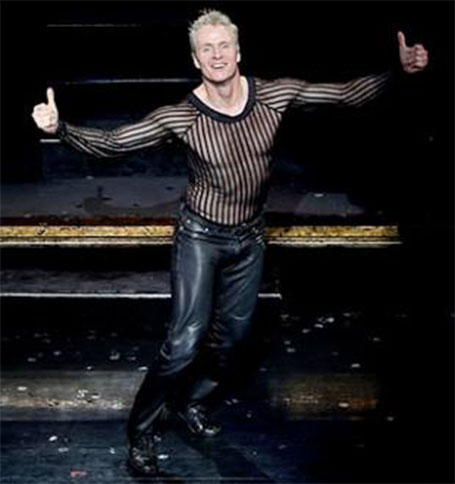 Every cast member receives an individual bow while his or her name is being called out. This is a testament to Bob Fosse, our director Walter Bobbie and choreographer Ann Reinking who all emphasize the importance of every performer. 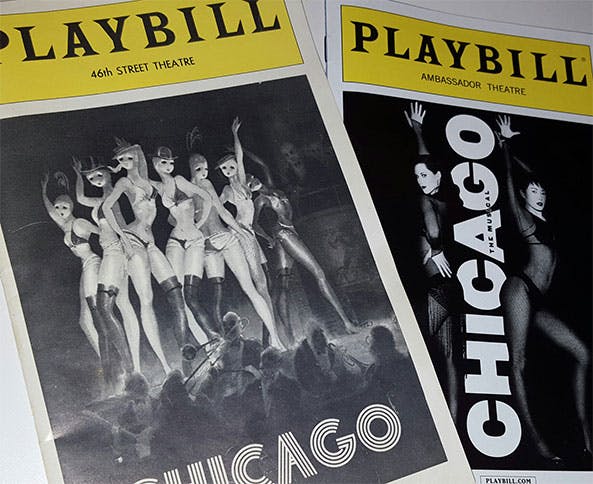 BONUS: WE KNEW HER WHEN 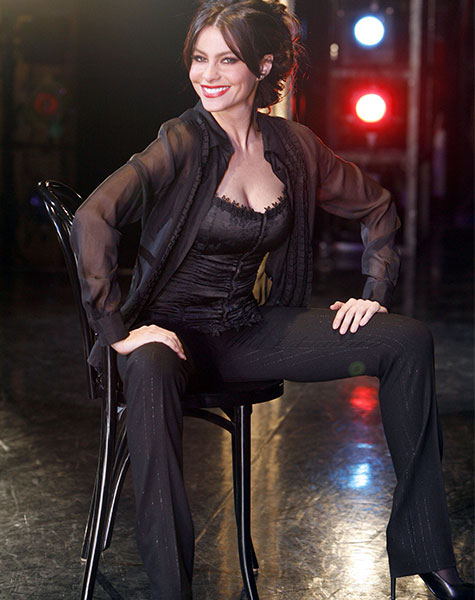 Back in 2009, we were joined by an up-and-coming actress/model to play the role of Mamma Morton. She shared her small dressing room with three dancers and mentioned that she just shot a pilot for a new TV show but wasn't sure how good it was…she called it "American Family....something”…that was Sofía Vergara...

Now that you feel like part of the 'Chicago' family, go visit the Ambassador Theatre and check 'em out live.

Chicago
Discount up to $50
Newer
Hot Clip of the Day: Patina Miller Brings "Fabulous" To the Next Level
Older
20 Questions in 2 Minutes with She Loves Me Olivier Award Winner Gavin Creel