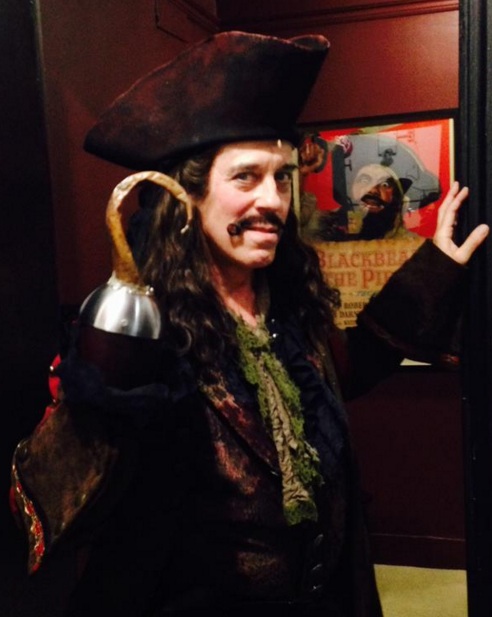 Mann made his debut in the 1980 musical Barnum. He went on to originate the roles of Rum Tum Tugger and Javert in the iconic Broadway musicals Cats and Les Miserables (1987 Tony nomination).

In 1994, Mann received his second Tony nom for starring as the Beast in Disney’s Beauty and the Beast.

Other Broadway outings include The Scarlet Pimpernel, The Rocky Horror Show, Lennon, The Addams Family, Rags, Getting Away with Murder and the revival of Pippin (2013 Tony nomination).

Later this season, he will star as The Man in the Yellow Suit in the new Broadway musical Tuck Everlasting.


On film and television, Mann has appeared in Critters, A Chorus Line, Sense 8, The Dresden Files and Big Top Pee-Wee.

BroadwayBox caught up with the Finding Neverland star to talk about which of these amazing career credits he considers the game-changer, and his story of persistence proved an inspiration.

The way the game-changer works for me is about somebody giving you a break and then making your own breaks. I was lucky enough to work with a director named Joe Layton at an outdoor drama called The Lost Colony back in the ‘70s; then in 1980, I just moved to New York, I was looking for a job in the trades and I saw this thing for Barnum and that Joe Layton was directing, so I decided to go down there for the open call at the Minskoff Theatre and see what happens. As I’m walking in, Joe Layton walks in the door and I said, ‘Joe!’ And he said, ‘Oh, hi Terry. What are you doing here?’ I say, ‘I’m coming to audition for you for Barnum.’ He said, ‘Great! Come on.’ And essentially, because I worked with him off and on for five years down in North Carolina, he made sure I made the cut through 300 or 400 guys and put me on Broadway. That’s a game changer.

The other side of the game-changer is I was on the road with Barnum in California and I heard about a show called Cats. A friend had just gotten back from seeing it and told me, ‘You should audition for the role of Rum Tum Tugger.’ I said, ‘Oh, ok. I will.’ I called up my agent and said, ‘Get me an audition for Cats when I get back in town.’ He called me back 20 minutes later and said, ‘They don’t want to see you for that role. They are looking for something else and you don't have enough credits yet.’ So to make a very long story short, I was determined to go and audition for this show. I had them call again and they still refused. Then through a friend of mine in London I found someone who knew a producer in the show, who knew a general manager, who knew the company manager and I asked if I could come over on my own nickel and audition for Gillian Lynne. I flew over to London in April of ’82, and it was very ‘maybe they’ll let you in, maybe they won’t but you can try’. So I knock on the door while they are on a break and there’s Gillian Lynne and the whole cast sitting in there and I end up auditioning for her on their lunch break. The pianist was at the pub for lunch so I played the piano and sang “Take Me to the Pilot” by Elton John. I finished and she said, ‘Oh darling, I’ll see you at the callbacks.’ And the rest is history—I found out I got the job in a phone booth in Shubert Alley on my birthday, July 1.

Then Les Miz is coming along, and I’m doing Rags and wanting to go audition for Les Miz. Again someone came back from London and said, ‘You would be perfect for the role of Javert.’ So again I called up my agent and again he called back and said, ‘They don't want to see you.’ So I happened to be coming out of the Equity building as Vinnie Liff, the casting director, was coming out, and I stopped him and said, ‘Vinnie, let me audition for Les Miz.’ He said, ‘Terry, there’s nothing in this for you.’ I pleaded, ‘Please let me come in. Anything.’ He said, ‘Fine. Come on in for Enjolras; I’ll read you for the revolutionary.’ So I came in dressed as Javert and sang a Javert–esque song, and I’ll never forget I was singing “Port of Amsterdam” looking over the table and I saw Claude-Michel lean over to Trevor Nunn and mouth, ‘Enjolras? No. Javert.’ And again the rest is history.

Those are three pivotal game-changing moments for me: one was the generosity of the director giving me a break and the others show that sometimes you have to make your own break.