Infinite Praise Hands For The New Queen of Disco, Annaleigh Ashford, & Her Live Album Lost in the Stars 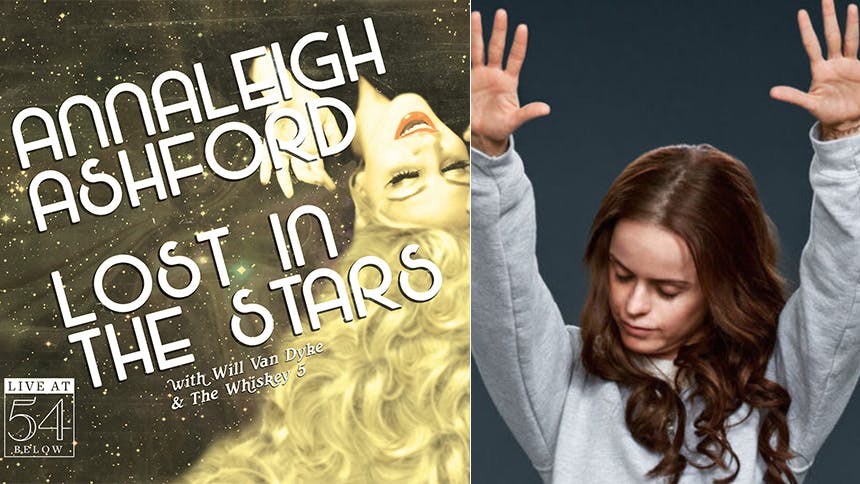 Tony winner Annaleigh Ashford is currently killing it over at the Cort Theatre as Broadway’s favorite dog since Sandy, Sylvia

. The Kinky Boots, Rent, Legally Blonde and You Can’t Take It With You alum leads a four-person ensemble of comedians operating at the top of their game.

On November 13, Ashford and Broadway Records released her new album Lost in the Stars, recorded live at 54 Below with Will Van Dyke and the Whiskey 5 Band. Seeing the show in person was pretty incredible but BroadwayBox is happy to report that playing the album is an absolute joy on its own. Below, BroadwayBox reacts in animated GIF as we dive into Annaleigh Ashford’s Lost in the Stars track by track.

Alright, the rhythm is gonna get you. Start with some simple moves.

Then you’re full-out dancing. Busting out the good moves on track 2.

So beautiful to get the softer side after all that disco.

The praise hand will take over during this insanely good mashup.

That was gorgeous! So romantic and so soft. You could totally get lost in that track.

What a wonderful, dreamy arrangement of this song. Also love how it mixes a little “Somewhere Over the Rainbow” in there.

Breaking it down now once last time.

Another awesome arrangement and performance.

Well that title track and that album were just delightful, and a needed addition to your iTunes.

Pick up Annaleigh Ashford's Lost in the Stars today and don't miss her hilarious performance in Broadway's Sylvia now through January 24, 2016.