Michael C. Hall Reveals The Alchemy of His Ass-Kicking and Glamorous Hedwig 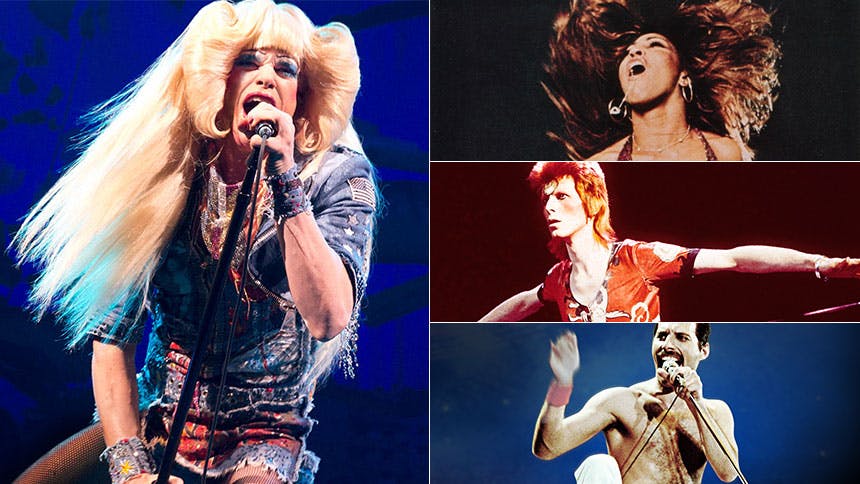 If you are a fan of great cable television, there’s no escaping Golden Globe winner Michael C. Hall. The six-time Emmy nominee has given master-class performances as gay funeral director David Fisher in HBO’s long-running drama Six Feet Under and as serial killer Dexter Morgan in Showtime’s Dexter. Now, he’s the latest headliner to step into the golden boots over at the Tony-winning revival of Hedwig and the Angry Inch, and it’s an acting event that can't be missed. Below, BroadwayBox chats with Hall about creating his latest character and the real-life rock gods that manifest themselves in Hedwig.

“Hedwig’s story is the same for every actor who is lucky enough to be inhabited by her; how that expresses itself has to do with whatever internal alchemy happens between that story and the actor’s story, body and voice. I don't know I have any objectivity on how it will manifest itself.

She names a lot of the influences: certainly the trinity of Lou Reed, Iggy Pop and David Bowie; there’s some Tina Turner in there. I think she wishes she looked like Debbie Harry. I wouldn’t rule out anything; she is a singular creation.

But I have been a fan of rock ‘n’ roll since I was in first grade. I would imagine that Freddie Mercury and Soup are probably in her. She is all things ass kicking and glamorous.”