Making It Happen: Four Questions with Beneath the Gavel Writer & Director Mara Lieberman 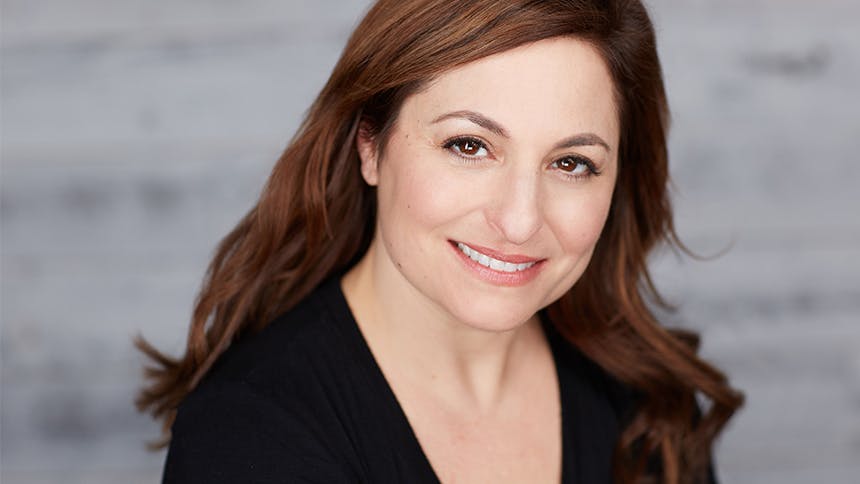 Mara Lieberman is the Executive/Artistic Director of Bated Breath Theatre Company. She wrote and directed their current off-Broadway immersive, physical theatre piece Beneath the Gavel, which thrusts audiences into the swanky NYC art world where they even bid on art pieces they could take home using fake money provided by the show. 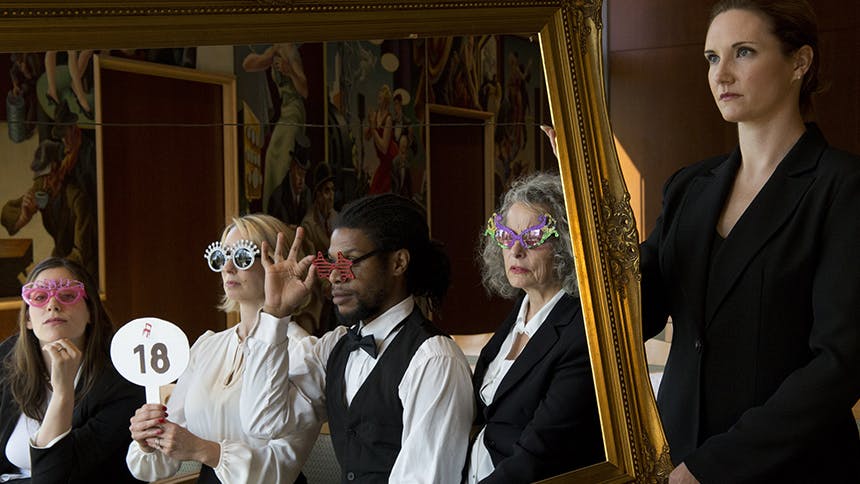 BroadwayBox spoke with Mara for our new interview series with New York theatre's creators and designers. Read on as she discusses working in the immersive genre, pushing against established norms, and distinguishing yourself as an artist.

1. What’s the biggest challenge in directing a piece you also wrote? Who is your biggest collaborator in this instance?
I write in an unconventional way. For me, the process of writing and directing are inextricably connected, and when I write each theatrical element is character itself and integrated into the experience of live performance. The play gestates in me as a performance landscape which includes movement, text, video, and integrated soundscape. My process begins with intense research alongside time in the studio with my collaborators, members of Bated Breath Theatre Company. Two things need to happen during the devising process in order for me to write the piece: First, I need to take the disease I’ve caught (the subject matter of the play), and make it contagious to my collaborators. Early devising rehearsals are structured improvisations aimed at capturing a narrative or thematic thrust in the material. These compositions employ seemingly random theatrical elements (drastic changes in tempo, every day objects used in unusual ways, creative use of space or site-specific elements, text from source material etc.). Then I give the actors 20 minutes to put together a small theatre piece that must include all the ingredients from the assignment. Often the most riveting moments of these sessions are unintended accidents when movements, gestures, creative use of props collide with the source material in an unintended way. I video all these sessions and then put them in the metaphorical oven (my brain) to bake. Over the course of a few months these compositions, combined with our rigorous form of physical theatre, begin to form scenes, moments, and a narrative arc in my head. I start writing from the place where that unconscious soup is simmering. Often the original elements of the compositions will be disassociated from their original context and will layer in a new way when they show up in script form.

2. Beneath the Gavel is billed as immersive, physical theatre. What was your process in creating the space and world of this show and how audiences would interact with it?
Members of the audience enter a simulated art auction complete with auction paddle, catalog, and crazy auction glasses. They are greeted by our actors (auction staff) and register as one would in a real auction. No one refers to the play as a “show." Even members of house management wear white gloves, our auction glasses, and are encouraged to remind the audience to enjoy the “auction." Oftentimes an audience member has been communicating with one of our characters via e-mail as details of the auction and registration are negotiated. What’s so interesting is that people are writing e-mails and interacting with our characters in one-on-one performative exchanges on the internet long before they see the show. So really the show starts the moment you buy a ticket.

I love it when theatre feels dangerous, like anything can happen. The audience interaction piece invites moments of unpredictability and each night is different. As a director, I can’t wait to see what will happen between the audience and the actors in that space of play when we transcend the boundaries of our prescribed roles and push for the creation of an unforgettable moment. The audience participation coupled with moments of high octane physical theatre charge the air between the audience and actors.

As for creating an immersive space, because we are a site-specific company that works around millions of dollars of art, we are used to spatial and technical limitations in performance. I firmly believe that some of the best theatrical problem solves are born from restrictions. When a museum says to me, “No, you can’t have that actor rollerblading through the galleries", I try to look at it as a creative opportunity. Since we largely can’t have sets in museums, I use lots of props to invoke the world of the play. Those props are sourced from dramaturgical research and from the composition assignments I mentioned. Objects from the world of the play are loaded with potential. So, for Beneath the Gavel, we spent time with auction paddles, a dizzying assortment of picture frames, crazy superstar glasses that are worn by characters, and other objects we imagined lived in the world of the play. And since the piece was originally created for and performed in a museum gallery, we used the paintings around us, ambient lighting and even the occasional awkward pass through of a museum patron (who became a unwitting part of our performance) as part of the creative space. That place where worlds collide and the boundaries are blurred is extremely satisfying to me.

3. What are three things you would tell someone who wants to direct professionally but doesn’t know how to get on the path?
I think the first thing I’d advise is to question everything you think you know about “the path” and what it means to be on it. In the theatre world there’s a lot of “this is how it’s done”. I personally think it’s valuable to question the way it’s been done because American theatre is struggling and American theatre artists are struggling. I get suspicious any time people try to harness me to the “shoulds” about directing and the American theatrical establishment. Question everything from traditional roles in the theatre to the parameters set forth about when a performance begins (why do we have the audience come in first, then house to half, house out, then the actors appear, for example?). We need to push against these established norms to wrest our work from the confines of traditions that are not serving our audiences. When we mine the aliveness inside our work, we can use that aliveness to jolt the audience into a riveting experience of live performance.

My idea for Bated Breath’s museum collaborations was born from crisis. When I took over the company we had almost no money, no infrastructure and we lacked a cohesive commitment to the company’s mission. The museum collaborations were initially a last resort attempt to save the company and to do what I love (making original physical theatre in unexpected places). It’s ironic that my work in non-traditional venues opened the door to our off-Broadway debut.

Second, you need to plan to work harder than you may have thought possible. You have to be completely obsessed with making sure your work gets out there and you have to make work wherever and whenever you can. I really believe that if you want to achieve a level of excellence in your work, you better be prepared to sacrifice sleep and your social calendar, including watching Netflix. People like to talk about work/life balance. That may be true in a more traditional field. But, if you want to make theatre, forget about balance. Get completely obsessed about moving people with your work. Don’t let normal life drama, your own even justifiable complaints or even rejection stand in your way. My neighbor jokes about seeing me sitting at my desk until the wee hours of the morning. And it’s true. It wasn’t until I followed through on a practice of relentlessness that things really started to happen.

My last piece of advice is to ask yourself why someone should hire you and not one of the thousands of people lining up behind you. Besides an unflinching work ethic, I think it’s about branding and finding your uniqueness as a creative artist. Decide who you are as a theater maker. What do you do that another director doesn’t do? What’s your style? How do you make an unforgettable experience for an audience? See lots of theatre so you know where your work fits within the field. Document your work so it’s aesthetically arresting and promotes your particular brand of theatre making. Distinguish yourself.

4. What can you do as director and writer in an immersive theatrical experience that you just can’t do in traditional proscenium?
We’ve had people e-mail us to tell use they can’t wait to “be part of the performance." Even in the use of that patron’s language, she has erased the traditional barriers between audience and actor. She has accepted the invitation to see what we can make happen together. You can’t do this with a hard fourth wall and you have to get extremely creative to do this in a traditional proscenium space.

You have to have a tolerance for the train to roll off the rails when plotting an immersive experience and you have to practice multiple solutions to the many problems that will arise when you open up a highly constructed experience to human interaction and chance. The immersive experience gives permission for the audience to play which releases their spontaneity, sense of wonder and transgression of the norms of everyday life. In this moment it’s not just the actors that get to suspend everyday life and enter a new reality. The play becomes a co-creation.

Hurry to off-Broadway's 59E59 Theatre to see 'Beneath the Gavel' before it concludes its limited run on April 9.