Phantom, Mermaid & Millie: It's All in the Set List with The Paths Not Taken Star Laura Osnes 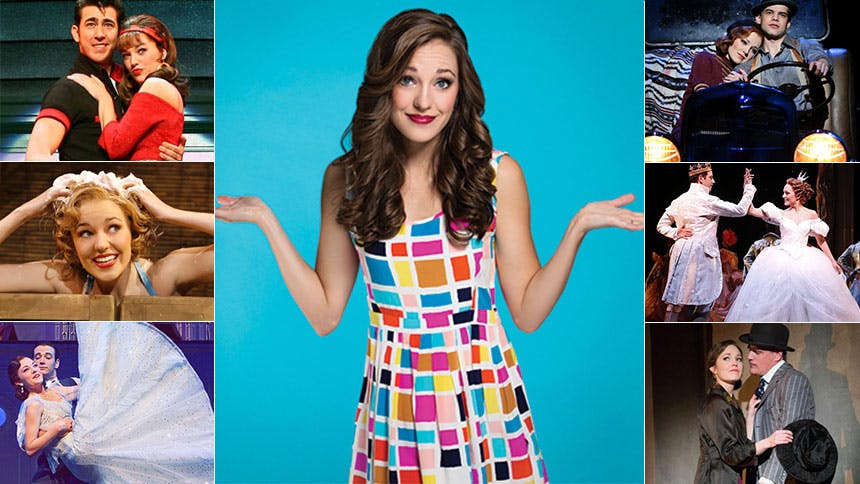 The path Laura Osnes took led her to become one of Broadway’s biggest stars—a two-time Tony nominee whose Main Stem credits include Grease, Cinderella, Bonnie & Clyde, South Pacific and Anything Goes. But what about the path she didn’t take? In her exciting new 54 Below show The Paths Not Taken (Dec 9-15), Osnes revisits shows, roles and songs that didn’t work out for one reason or another. BroadwayBox caught up with the delightful leading lady for a 10-question interview in which she had to respond to each question with a song from the set list to The Paths Not Taken.

1. Song to describe growing up:
"Part Of Your World"—Basically every girl's staple song from childhood.

2. Song to describe your relationship with New York City:
"Far From The Home I Love." Just kidding! Actually "Not For The Life of Me" is much more accurate.

3. Song to describe your ride from You’re the One That I Want to two-time Tony nominee:
"Let Me Be Your Star"

4. Song that describes hubby Nathan Johnson:
"Heather On The Hill"


5. Song that from your set that is the most personal:
Probably "Heather On The Hill" again

6. Song from a role that looking back you wish you had taken:
"Moonfall"

7. Song to describe the holiday season:
"I Could Have Danced All Night"


8. Song to describe your typical Saturday night:
"Popular." Also kidding... If I'm not in a show, I'll be at home on my couch watching Master Chef with Nate.

9. Song to describe your fans:
"For You"

10. Song you’d use as the Laura Osnes theme song:
"Look With Your Heart"

Feinstein's/54 Below
Best Priced Tickets
Newer
Meet Your New Crush: Disgraced Star Danny Ashok
Older
5 Reasons Your Holiday Plans Should Include The Curious Incident of the Dog in the Night-Time
Sign up for BroadwayBox Discount Alerts