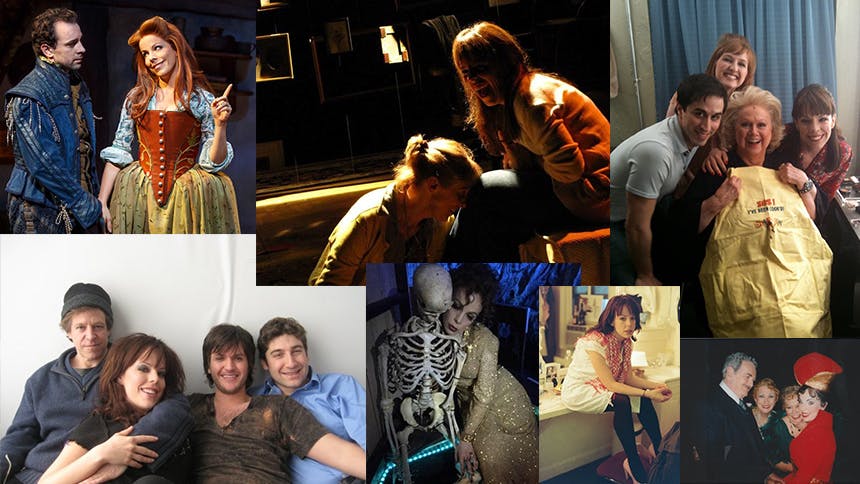 Leslie Kritzer is slaying the house down as Bea Bottom in the hilarious, hit Broadway musical Something Rotten! They should install seat belts for her big number "Right Hand Man", which should come as no surprise considering all the awards she's racked up during her career, including most recently the 2016 Lortel Award for her incredible performance as Salome in The Robber Bridegroom.


Read on as Kritzer shares with BroadwayBox her Broadway scrapbook—filled with rare photos and fabulous showbiz stories.

This is from the photoshoot we did for the promo of Rooms off-Broadway. It’s one of my favorite shows I’ve ever done off-Broadway. It was a 90-minute tour de force, two-person musical and I love the story. It was set in Scotland, London and America and it followed two people that fall in love during the punk era and how their romance changed over the years. It was a great role and a really special show. It was such a moment in time. I look at that photo and I remember that day and bonding. I loved working with Doug Kreeger, Scott Schwartz, and Paul Scott Goodman (all pictured here). It was one of the best shows I’ve ever done, and one of my top three theatre albums I’ve ever done (and my favorite rock album). 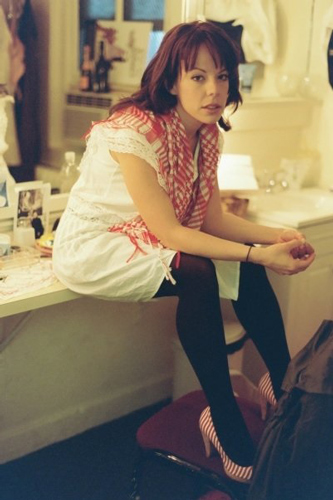 That photo was taken in my dressing room at A Catered Affair, and I love that photo. That show was a milestone moment for me. It was the first time I played an ingénue—a non-typical ingénue but I was the love interest on Broadway—and it was my first real dramatic part of Broadway. It was a big deal for me. I had just gone from Legally Blonde right into Catered Affair and this was a snapshot of an incredible time for me and my career. Working with John Doyle, Faith Prince, Tom Wopat and Harvey [Fierstein] was like my grad school—I learned simplicity. John Doyle would always say, 'Less, less, do less.' It changed the way I looked at myself as an actor—that I could do less onstage and it could be just as effective. It was a huge thing for me to learn and I had to learn it in that situation in that show. 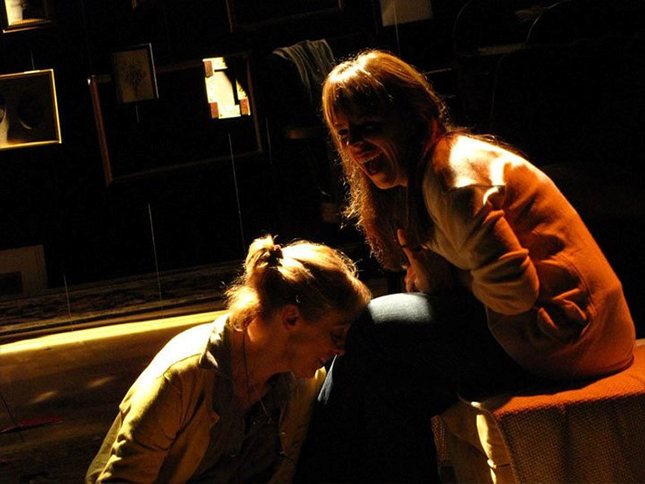 [Director] Joe Calarco took that photo of us in tech rehearsal. Catherine Cox played my mom in this two-hander and we were just sharing a moment. Her and I had a lot of fun together and got along really well—we had to be close to do that kind of show because we played characters who don’t get along. The mother has early-onset Alzheimer’s and the daughter does not want to be there but she doesn’t really have a choice, and through her illness they grow closer. It was a heartbreaking show and one of the most important shows I’ve done. It’s about something real and it really hit home for me. I grew so much as an actor. It was important show for me to do and for the Transport Group to produce. I talk about it a lot because I feel it lives on.

I picked this picture because those three actors pictured there (Bob Dorian, Diane Finley and the late Marie Lillo) shaped my idea of comedic timing in a musical in a way that I had never learned before. The three people in that photo took me under their wing when I was 23 years old and doing the biggest part I had ever done in my life. I never carried a show before and they walked me through it. Diane Finley and Marie Lillo—especially as women who were and are incredibly funny—just helped me and coached me through and it made all the difference. I will never, ever forget that. Marie taught me how to do a double take and a triple take. If you’re lucky enough to work with people that are that giving and care that much and you’re open to taking suggestions from people who know more than you and have been around longer than you, there’s so much you can learn. I’m convinced if I didn’t have them by my side I don’t think I would have been as good. We became like a family. I owe so much of my performance to them, I really do. 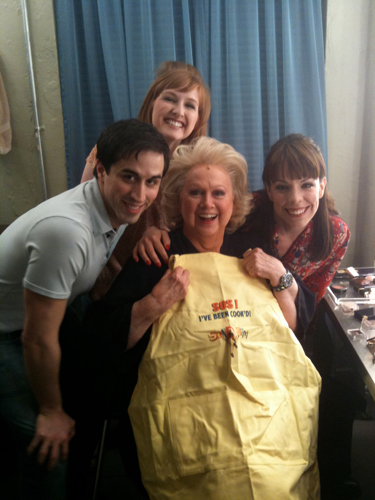 We got a cook apron for Barbara Cook that said “I’ve been cooked”. Working with her was like working with the Fairy Godmother from Cinderella—she’s just magical and hilarious and a real broad. Her door was always open to us and she was so generous to us. She was a real role model in that way. I asked her one time, ‘Did you ever want to quit when you were younger? Or think I don’t want to do this anymore?’ And she said, ‘Sometimes it’s just about paying the bills. It’s not always going to be Tony Awards and the best part you’ve ever done; sometimes you’re just doing a show and it keeps you afloat.’

I was totally surprised by this show. I had no idea what to expect when I auditioned. I just wanted to work with Alex [Timbers] so bad, and what she became was part me, part Alex. As a director, he just let me go. He trusted me and my instincts and let me fly, which is really special; a lot of times directors don’t and an actor winds up second-guessing their instincts. I’m grateful he gave me that chance. I loved playing this character. It was my Carol Burnett off-Broadway part. If we could keep going, I would. Physically, it was really challenging and demanding. I banged my body up good but it was worth it. I think the whole cast agrees we’d want to do it again. It was a special experience for all of us. I still have the gold tooth.

Casey Nicholaw actually called me and asked me if I’d like to do it. The show fell into my lap, which is an awesome situation and something that doesn’t happen all the time. I am having a great time. It’s really, really fun and a great group. We are having a blast.