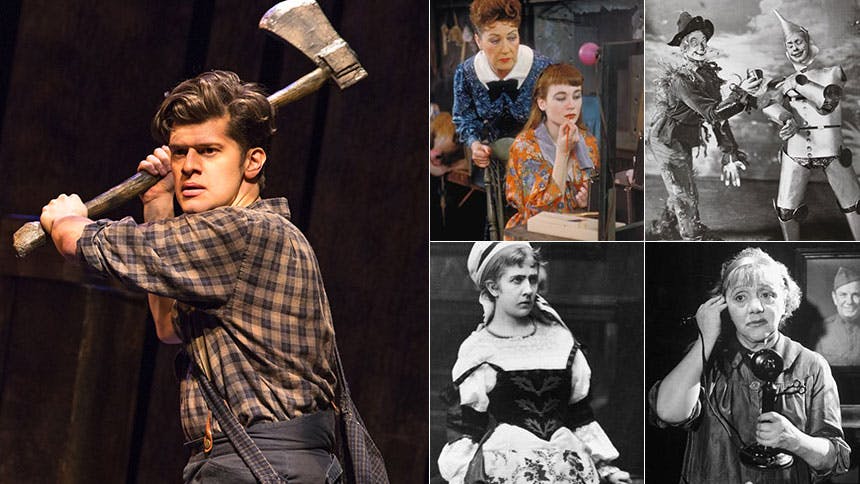 James Ortiz is the co-creator, puppet designer and star of the acclaimed new Oz play The Woodsman

, a creative adaptation that uses puppetry and song to tell L. Frank Baum's story of The Tin Man.


BroadwayBox asked Ortiz to imagine he had a Broadway time machine and tell us about the five Broadway shows he most wishes he could go back in time and see the original productions of.

It’s well known that the first production was bathed in scandal due to its subject matter: a woman leaves her husband for being miserable in her marriage. Doesn't bother me, but it certainly incensed all of Norway at the time! I’d love to be a fly on the wall on opening night to witness the state of anger from everyone in the house—and also to buzz around backstage while those producers were sweating it out.

Despite the fact that it’s one of my most favorite plays, I would have killed to have seen Laurette Taylor's ‘Amanda.’ And, to simply be present with an audience that doesn't already know the ending.

It’s one of the first and best thrillers to have ever been put on stage. To absorb that audience when they discover the story for the first time—all the gasps and the shouts from the groundlings, who on any other day, couldn't care less about some Danish prince and his daddy issues—as they quietly invest in Hamlet's plight and need to know just what happens next.

The original production. It’s a perfect show and I would like to see exactly how Ethel Merman had eaten that stage alive in ‘Rose's Turn.’”

I know that it was nothing like the novel, and not at all what Baum intended, but apparently, it was a total smash stage extravaganza with original songs and dances and amazing stagecraft, and it toured all over the country for many years. It actually had an amazing show-stopping number at the end of Act I that dazzled every audience member. In fact, it was so successful, that years later when the MGM movie was being made (1939), the filmmakers knew that they had to include that number in their version of the story as well.

In the show, Dorothy and her friends are trapped in the deadly poppy field and they're succumbing to its lulling powers...all of the sudden, dancers dressed as snowflakes began twirling across the stage as snow began to gently fall from the grid, blanketing the entire ensemble of chorus girls and singers—the snow killed the poppies, and the heroes were saved. From watching the film, one would think that the idea was lifted from the book, but it actually came from this now completely forgotten stage musical.