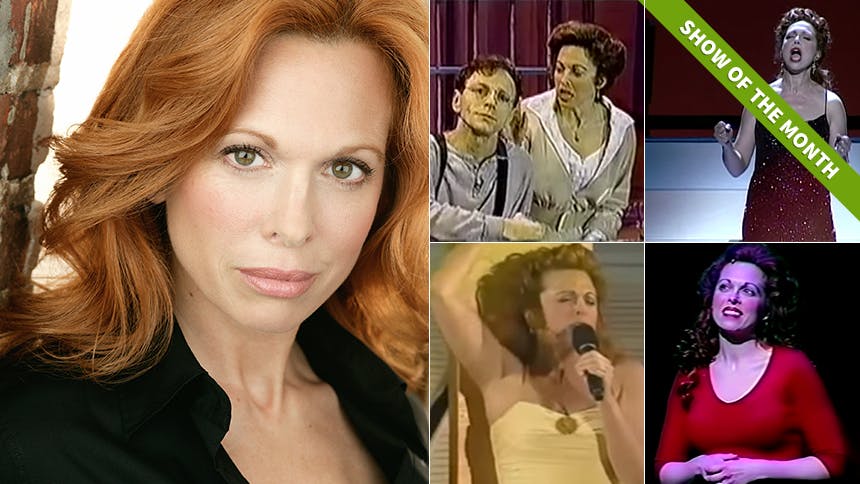 Three-time Tony Award nominee (and one of musical theatre's greatest voices) Carolee Carmello is back on Broadway as Mae Tuck (the matriarch of the eternally-alive Tuck family) in the sweeping and moving new musical Tuck Everlasting. Her big Miller & Tysen song "My Most Beautiful Day" is bound to quickly become a fan favorite and one her signature songs.

Below, BroadwayBox hears from the 14-time Broadway veteran as she revisits six of her most iconic and beloved YouTube clips.


That experience was really stressful. It was the end of the night at a one-night-only performance—so you barely get any rehearsal and you don’t really ever do it with all the elements. I’m backstage trying to keep my cool while I’m listening to one fabulous woman after another sing her face off and getting huge applause. (The concept was a different woman plays Fanny Brice in each scene.) I’m standing in the big group dressing room they had us in and watching each person go out then come back like, ‘Whew, glad that’s over.’ I’m getting more and more nervous as the night went on, so by the time I was in the wings ready to make my entrance my mouth was cotton. I think I got through by sheer adrenaline because I was a wreck. But what a great song. When Peter Flynn asked me to do it I was thrilled to say yes; only later did I realize, ‘What was I thinking doing that 11 o’clock number after all those women went before me?!’


I’m guessing this a Paper Mill Playhouse gala or something…I have no memory of this whatsoever. I remember that outfit but not that concert. I love this song so much. Singing that song is one of the most satisfying three minutes I can have as a singer because it’s just so well written. I’ve sung it before I was ever pregnant, and then while I was pregnant I sang it a couple of times, and now that my kids are grown looking back on being pregnant—it’s a song you can experience from so many different angles. It’s so fun to sing because it soars and you can open up and have this huge sound, but it’s also touching, emotional, and real. It’s an overwhelming experience when you’re carrying another life inside you. It’s such a hard thing to explain, and I’m always amazed that that song came out of two men because I feel like it’s so quintessentially female—what they are describing and how they describe it. It’s a real testament to how Maltby and Shire get into the head of someone they’re writing. I will sing that anytime, any place.


I think it’s so funny that particular video is what people pull up when they search ‘Winner Takes It All’ and my name. I did that version onstage in my hometown at a concert with my dad’s all-male singing group—you can see them all sitting onstage with me—and they are the sweetest guys but they seem so bored and unimpressed with me in that moment. I was singing it with a guy who had never played that song on the piano, and who was used to playing male choral arrangements. It was the worst possible series of situations, and that’s the video that comes up. It’s very ironic to me.


Parade was probably the most powerful theatrical experience I’ve ever had. How great that Rosie wasn’t afraid to do a number like that on her show? It was a tough number for a national talk show in the morning, and they built that jail set for us to sing in—we didn’t bring that with us. The thing that people always talk to me about with this performance is how she messed up my name, and I did not care at all. But the funniest part is that after we did that number and she came back from commercial, she made it a point to say, ‘It’s Carolee Carmello, Carolee Carmello, Carolee Carmello!’ She said it perfectly clear three times, and she was like, ‘I’m sorry. I’m sure her family’s watching and I messed up her name, but this is her name.’ It was so sweet because she didn’t have to do that—nobody knew me or knew that she had messed it up. That’s what I remember now about her and that experience.


This certainly brought back memories—wow! It was an amazing experience and an amazing score. I had made my Broadway debut right before the Chess tour in City of Angels. I had one line in the show and I was understudying Kay McClelland & Dee Hoty, and I was pretty unhappy because I had next to nothing to do in the show. So when I got this offer to do this amazing role on a national tour, I thought, ‘Yeah, I’m going to go do it.’ I think I left three or four weeks after we opened—I didn’t even do the cast album. It’s hard to walk away from a Broadway show. A lot of people thought I was crazy: ‘You JUST got your Broadway show. This is what people work for and you’re walking away.’ I don’t regret it. It’s different for everybody, but for me I was much happier doing challenging parts and singing great songs even if they weren’t on Broadway. I don’t think Chess changed the way the industry thought about me as much as it changed the way I thought of myself—I realized if someone has confidence in me to cast me as a leading lady in Chess, maybe I should stop taking ensemble roles. It was kind of a turning point I think.


When I saw Evita on Broadway, it was probably the first time I said, ‘I really want to do that.’ I’ve always loved that role and that score (I had played the part in a dinner theatre but never in a big tour or production), so when they asked me to do this in Central Park I was petrified because I’m not really a dancer. I was more scared that night about the dancing than anything else…and walking down the stairs and not looking clumsy. So that night it was outside, it was really windy, and it had just rained. We were in this holding pen for performers and people kept coming back telling us how slippery the stage was and I thought, ‘Oh my god, this is going to be a total disaster.’ I just remember starting the number crossing ever finger and toe that I wouldn’t fall down on my face.