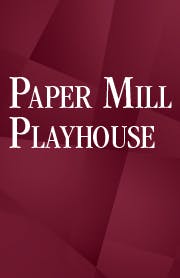 This show is opening soon.

About Paper Mill Playhouse - Off Broadway

Paper Mill Playhouse is one of the country’s leading not-for-profit theaters; for 75 showstopping years, it has presented the most spectacular plays and musicals this side of the Great White Way. Located in beautiful Millburn, NJ, Paper Mill Playhouse truly is Broadway in your own backyard!

The Producers
September 28 – October 23, 2016
Paper Mill Playhouse produces Mel Brooks’ award-winning comic musical masterpiece. The Producers is the hilarious smash hit about two theatrical producers who scheme to get rich by overselling interests in a Broadway flop. Complications arise when the show unexpectedly turns out to be successful. The show took Broadway by storm in 2001, winning a record-breaking 12 Tony Awards and three Olivier Awards.

The award-winning musical based on the iconic film, starring Grammy Award nominee and R&B superstar Deborah Cox! Former Secret Service agent turned bodyguard Frank Farmer is hired to protect superstar Rachel Marron from an unknown stalker. Each expects to be in charge; what they don’t expect is to fall in love. A breathtakingly romantic thriller, The Bodyguard features a host of irresistible classics including “Queen of the Night,” “So Emotional,” “One Moment in Time,” “Saving All My Love,” “Run to You,” “I Have Nothing,” “I Wanna Dance with Somebody” and one of the biggest selling songs of all time, “I Will Always Love You.”

The sequel to the grand-slam comedy Lend Me a Tenor! One hotel suite, four tenors, two wives, three girlfriends, and a soccer stadium filled with screaming fans. What could possibly go wrong? It's 1930s Paris and the stage is set for the concert of the century—as long as producer Henry Saunders can keep the amorous Italian superstar and his hot-blooded wife from causing runaway chaos. An uproarious ride, full of mistaken identities, bedroom hijinks, and madcap delight.

The smash-hit musical inspired by the famed recording session that brought together rock 'n' roll icons Elvis Presley, Johnny Cash, Jerry Lee Lewis and Carl Perkins for the first and only time. On December 4, 1956, these four musicians gathered at Sun Records in Memphis for what would be one of the greatest jam sessions ever. Featuring a score of hits including “Blue Suede Shoes,” “Great Balls of Fire,” “Walk the Line,” “Whole Lotta Shakin' Goin' On,” “Folsom Prison Blues” and more. This thrilling musical brings you inside the recording studio for one unforgettable night.

Based on the book by P.L. Travers, Mary Poppins is one of the most popular films of all time reconceived for the stage by Julian Fellowes (Downton Abbey). Mary Poppins takes us on a magical and memorable adventure. It’s an enchanting mixture of irresistible story, unforgettable songs, breathtaking dance numbers, and a little bit of magic. Among its accolades, Mary Poppins received nominations for nine Olivier Awards and seven Tony Awards, including best musical. Treat the entire family to this treasured story. 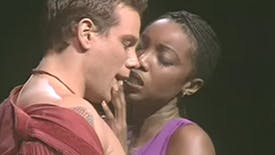 Disney’s Aida Is Coming Back in 2021! Here Are 8 Videos of the OBC to Hold You Over Until Then 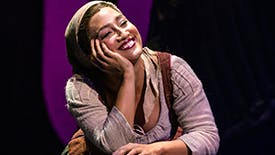 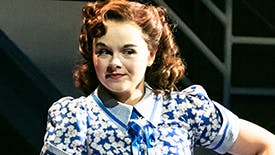