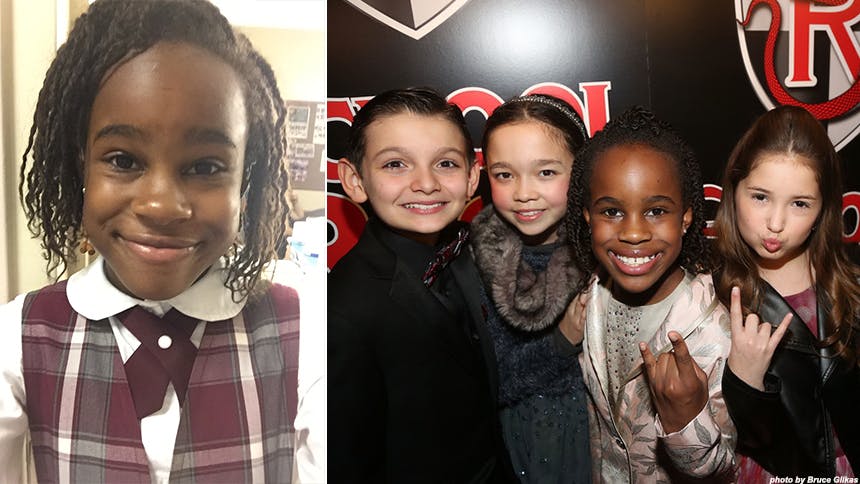 Bobbi MacKenzie makes her Broadway debut as shy-girl-turned-showstopper Tomika in Andrew Lloyd Webber’s hit musical School of Rock. Her “Amazing Grace” gets crazy cheers from the crowd and her “If Only You Would Listen (Reprise)” makes your heart sing—you can hear the latter beginning at 2:10 in the video below.


BroadwayBox caught up with Bobbi to talk about life at School of Rock, being inspired by Beyonce, and more.

1. Moment in School of Rock I feel most like a rock god:
While performing "Teacher's Pet" and "Stick It To The Man" finale.

2. My favorite thing to do backstage at SOR:
Talking with my friends in the cast.

3. Three things I need for a two-show-day at School of Rock:
Water, Burt's Bees Honey throat drops and deodorant 😜

4. Moment I knew I wanted to perform:
When I was 3 years old and started listening to music and singing.

5. If I had to rename the School of Rock band, I’d call us:
The Original Rock Squad.

8. One thing I’m really passionate about outside of performing:
Reading and writing.

Get to Broadway’s Winter Garden Theatre to hear Bobbi MacKenzie slay in ‘School of Rock’.

School of Rock - The Musical
Best Priced Tickets
Newer
Hot Clip of the Day: Celebrate Roald Dahl Day with Matilda's Soaring "When I Grow Up"
Older
It's Time to Play as School of Rock's Isabella Russo & Luca Padovan Take Over Instagram